You are here: Home / Kitchen Help Category / Doris Day in her 1966 Malibu kitchen 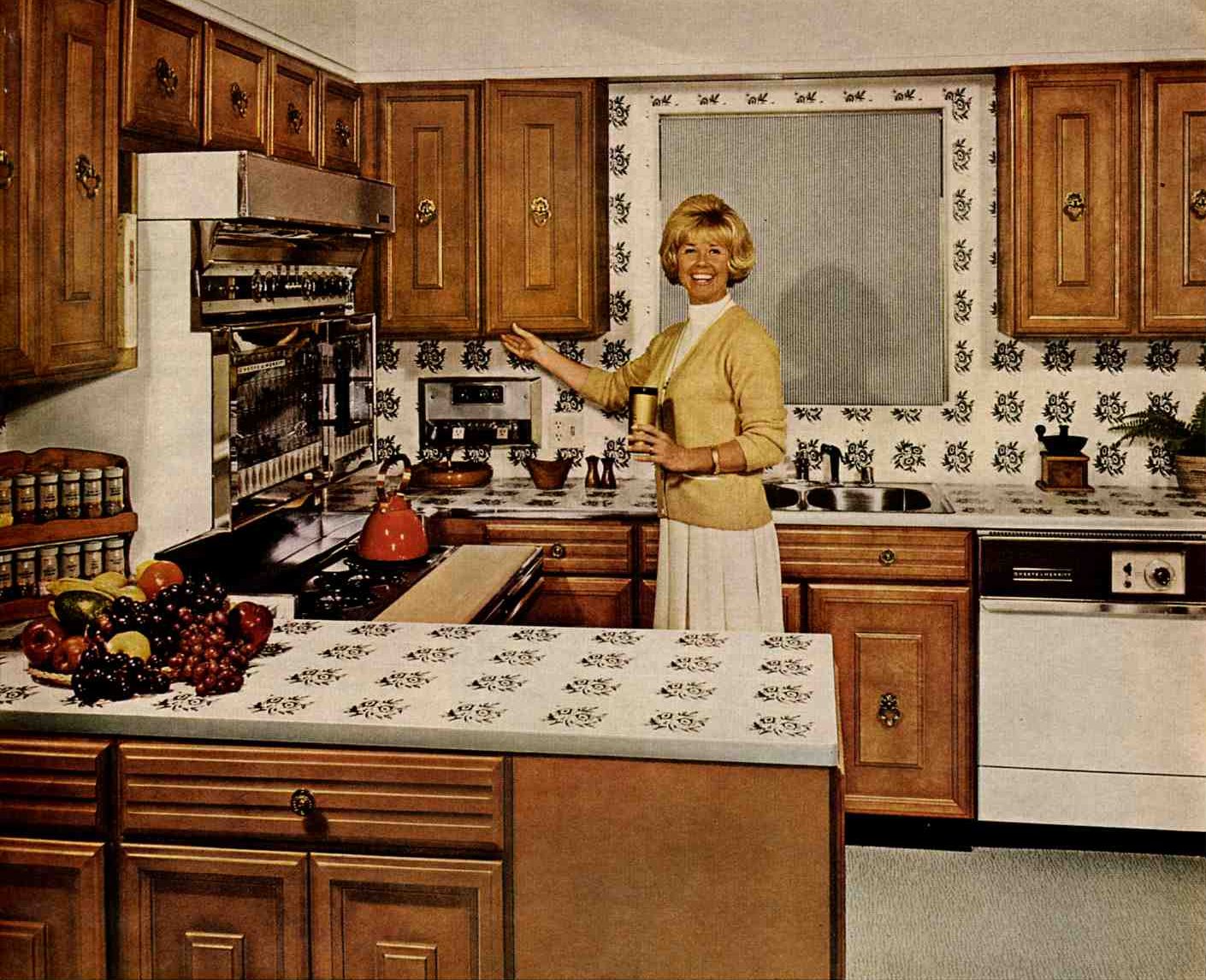 Yesterday Palm Springs Stephan answered a question on his post about vintage Palm Springs homes by detailing how the Hollywood elite built – and lived there – pretty modestly all things considered. So I remembered this photo that I had of Doris Day in her 1966 I-XL kitchen. And, even though it’s an ad, for some reason I really believe it’s hers. How can you not believe Doris Day? Isn’t it sweet? Here are Palm Springs Stephan’s comments, edited:

All of the houses pictured …were built specifically as second homes, which suggests an income level of at least “upper middle class.” Many of the houses along Monterey Road and throughout that neighborhood were built specifically for the Hollywood elite. Very nearly every house in the area was once owned by a “star.” There is even a neighborhood known officially as “Movie Colony,” though it dates to the 1930s and 1940s. Back in the old studio-system days when actors were under long-term contracts with individual studios, they were often contractually forbidden to travel more than 100 miles from Hollywood without explicit studio permission. Palm Springs is exactly 99 miles from Hollywood. Thus Palm Springs became a very fashionable destination to which actors could “escape in secret,” without informing their studio bosses. …

As for the quality of the materials used …even in the poshest of the 1950s-era houses, one still often finds the same Columbia metal kitchen cabinets and American Standard bath fixtures that are found in 1950s-era “middle-” and “lower-class” housing. In fact, when taking one of the local tours of movie-star homes, one is struck by how very modest some of them are. No surrounding walls, no gated drives, all close to the street, all single-story, often just 2 bedrooms, no outbuildings … just very average looking modest houses. I have the impression that the Hollywood types saved the glitz and glamour for their Beverly Hills residences and came to Palm Springs when they wanted to once again be “average Joes” for a few days or weeks.

This is very interesting indeed. Maybe through the 60s, at least, movie stars didn’t live every single moment in the limelight with all the trappings of “their brand” to worry about. Yes, they had their big Hollywood estates. But back then, weren’t most stars farm boys and farm girls by birth? Maybe they felt uncomfortable, fundamentally, rattling around in those big houses. Who wouldn’t?

P.S. I hope I haven’t posted this photo before. I thought I had – I have a vague recollection of Doris Day singin’ about some stagecoach in a YouTube video. But, I couldn’t find it via Search. At 542 posts, I am now seriously forgetting some of the things I’ve written about.