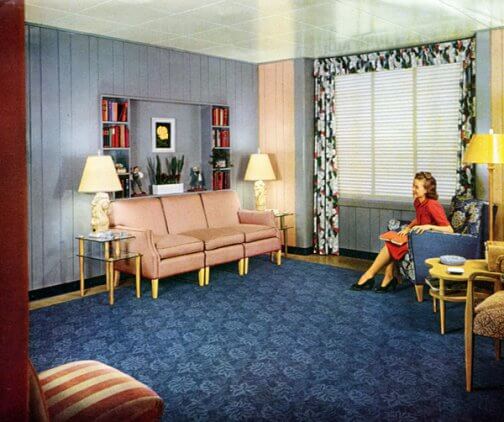 National Public Radio recently did an interesting report on the Museum of Modern Art’s exhibit, Home Delivery — all about the history — and now, re-emergence of interest in — pre-fab housing.

Interesting – because yet again, another example of living small’s growing appeal. At least in some quarters…

Some highlights from the NPR story:

“The first documented prefab house was the Manning Portable Cottage. It was built in the 1830s by London carpenter H. Manning, whose son was immigrating to Australia. H. Manning wanted his son to have a comfortable place to live in the new land, but didn’t know what materials and supplies his son would find there. So he constructed a house in pieces that could be stored in the hull of a ship, and then unloaded and assembled once his son arrived Down Under. It worked so well that Manning shipped dozens of the cottages there. A few still stand today.

…The most successful prefab house by far was the kit house introduced by Sears, Roebuck and Co. in 1908. The house was ordered by catalogue… Ultimately, about 100,000 were sold.

…After WW1, architects and designers like Walter Gropius, Buckminster Fuller and Frank Lloyd Wright saw prefab as a way to bring smart design to the masses. The Industrial Revolution, they reasoned, had proven that you could build cars, clothing and furniture more cheaply and efficiently on an assembly line. Couldn’t the techniques of mass production be harnessed to make inexpensive, attractive houses for the masses?…Begun in 1927, Fuller’s famed Dymaxion House was meant to look and feel like a product of the machine age. It could be easily assembled and shipped in pieces, with a low-slung aluminum domed roof that hung from a stainless steel strut. It also had a venting system that could cool the house naturally, thinking ahead of green design innovation by decades.

During World War II, Marcel Breuer designed the Plas-2-Point House, which eliminated the need for expensive foundation work because it was built of plywood coated with liquid plastic and anchored to two foundation blocks. Because the house could be built cheaply and quickly, Breuer hoped Washington would see it as the answer to the looming need for postwar housing.

But like many of the most innovative prefab designs, neither the Dymaxion House nor the Plas-2-Point House was ever built. The enormous start-up costs have often made realizing prefab designs.

… Those prefab houses that did get built sometimes failed to catch on with the public. After World War II, inventor Carl Strandlund secured a $40 million federal grant and started the Lustron Corporation in a former military aircraft plant in Ohio. Strandlund envisioned a cheaper alternative to the Levittown house, but the structures he produced, made of porcelain-enamelized steel, looked to a lot of people like White Castle hamburger stands.

“It was hard for a lot of people to stomach the sort of unadulterated embrace of a new material and new technology in a house that looked so alien,” says Peter Christensen, co-author, with Bergdoll, of the book Home Delivery, and curatorial assistant in the architecture and design dept at MoMA.

Prefab has fared well in some countries, especially Finland and Japan, where it makes up 20 percent of the housing market….

Click here for the complete NPR story, which is well worth it.