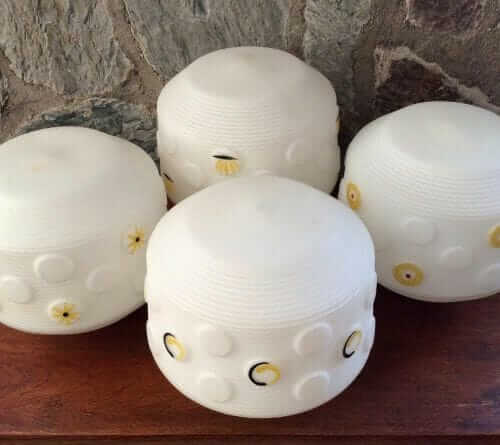 We see a lot of U.S.-made vintage lighting here on Retro Renovation, but how about: Vintage lighting — relatively low cost back in the day lighting — made in midcentury and postwar Holland? VintagebyLisa specializes in this lighting, and she can ship internationally (shipping costs don’t look too bad), so if you’re looking for something out-of-the-U.S.-ordinary, give these a look. 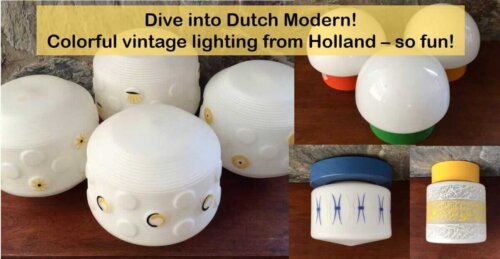 I’m on a lighting bender this week, and spotted this etsy seller while researching painted custard shades and schoolhouse globes that were common in the early part of the 20th Century. I was taken by the different look of these Dutch fixtures — I don’t know that we had anything quite like them in the U.S. So fun! 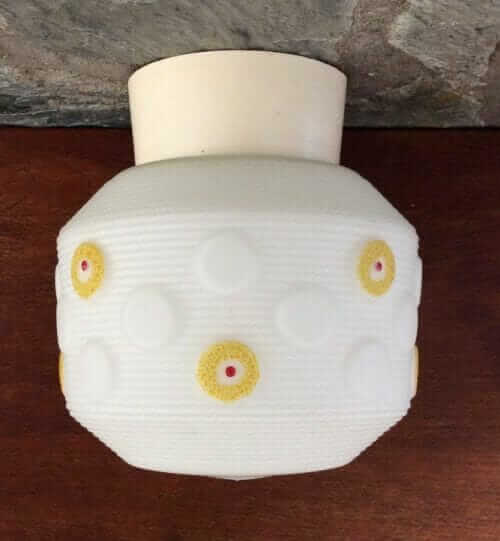 I reached out, and owners Lisa and Peet sent a bunch of photos and explained:

The ceiling light fixtures or wall lights in our shop are all Dutch-made, and we sourced them from various locations in the Netherlands.

These fixtures would be used in hallways, porches, bedrooms, kitchens, washrooms, laundry rooms etc.. Basically spaces that needed a light fixture, but people would not spend a great deal of money on to light them. Unlike living rooms, which usually had nice and expensive chandeliers.

What makes these vintage ceiling lights so attractive to modern buyers is their timeless, uncluttered design and attractive decorations, which are typical traits of Dutch post-war industrial design. Functional, but beautiful in an understated way.

The oldest date back to the pre-war period. In those days the shape of the lamp shades was influenced by the Art Deco movement. Common lamp shade colors were: opalescent green, opalescent white and beige. Some shades had elaborate decorations in the form of colored “veins” on a white or green background. The ceiling fixtures were black, brown or white bakelite. 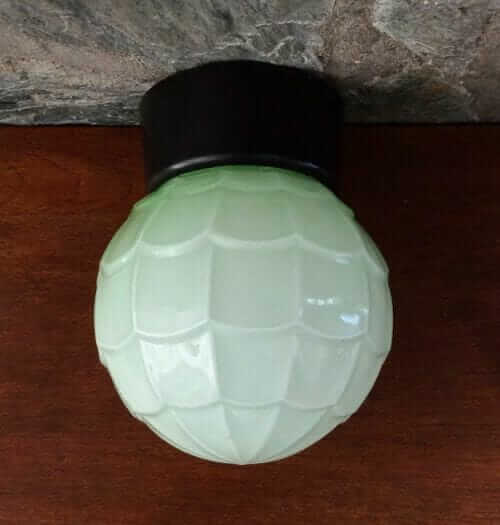 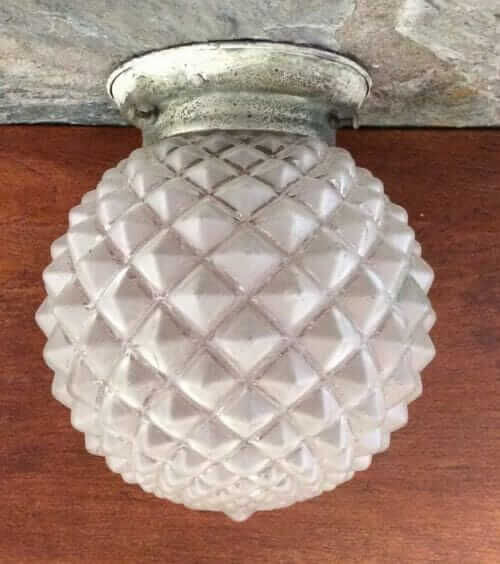 In the fifties and sixties shapes ranged from simple ball shapes to elongated or squat. Decorations varied a lot. From relatively simple abstract geometrical patterns to elaborated, raised patterns pressed into the glass and hand coloration. Ceiling fixtures were still bakelite, although in the sixties the first plastic ceiling fixtures appeared. 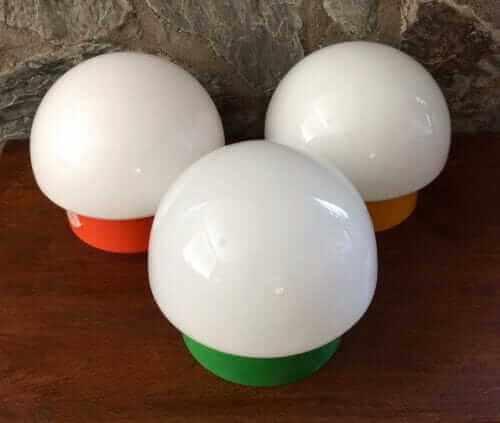 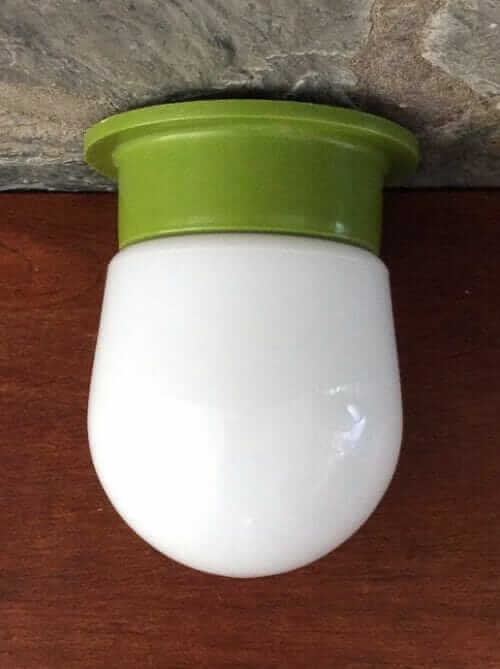 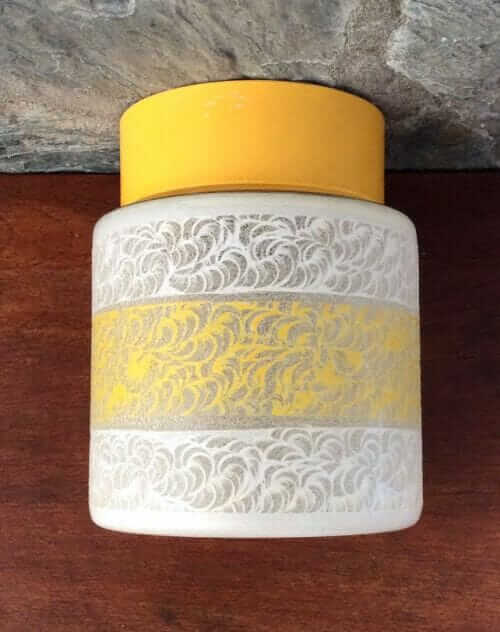 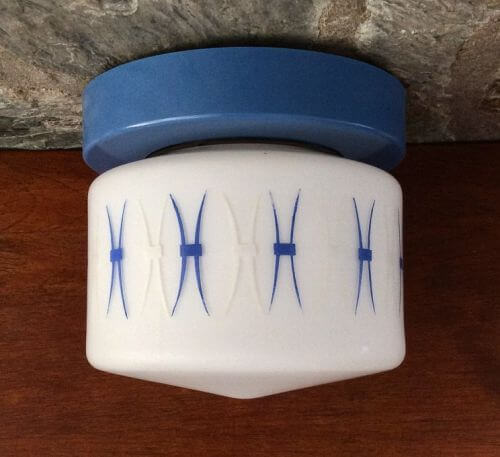 The seventies saw the introduction of colored ceiling fixtures. Red, orange, yellow and green being popular colors. The shapes of the shades changed under the influence of modern design. Simple ball shapes were common and one of our most popular sellers is the mushroom shaped shade.

These mid-century ceiling light fixtures are very popular with our clients. We have many in stock which we haven’t listed yet.

Thanks, Lisa and Peet. And a reminder, dear readers, when working with vintage lighting, assess for vintage hazards; consult with pros – Be Safe/Renovate Safe.