You are here: Home / Search for "royal barry wills"

From our 2009 archives, way early days of the blog, a story about Royal Barry Wills, who, in my studied opinion, was one of the two most influential residential architects of the 20th Century: Guest post today from Dave Stuhlsatz, architect with Royal Barry Wills Associates, and my main contact there for all things RBW. I am very pleased that Dave will contribute an occasional article on mid-century architecture, design and related issues. – Pam

The time seems appropriate to revisit Cape Cod House design as it was promoted by a pioneer of their twentieth century revival, Boston architect Royal Barry Wills. When Wills started out in his architecture career he established himself designing English Tudor inspired homes in suburban towns around Boston like Newton and Brookline. But, it was his rigorous examination and subsequent success with the Cape and Colonial Revival homes that cemented his reputation as one of the most influential residential architects in America. END_OF_DOCUMENT_TOKEN_TO_BE_REPLACED 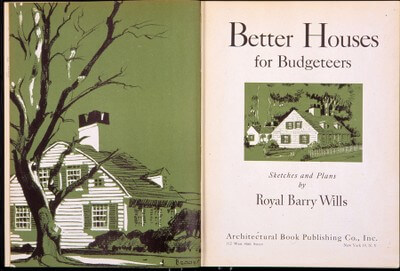 Nicely done, Royal Barry Wills Associates: The architectural firm launched by famed architect Royal Barry Wills, and which is still run by his son Richard Wills today, has donated the Royal Barry Wills’ archive to the regional heritage group Historic New England. Royal Barry Wills is my all-time favorite 20th century architect — I have written about him quite a bit, see all my stories here. A prolific residential architect, he is considered the father of the 20th century Cape Cod house revival. I consider him the East Coast dialectic counterpart to father of the West Coast ranch house, Cliff May. Here’s how the dialectic worked: As the two competing designs — Cape Cod and ranch — evolved inward from both coasts after World War II, there was a great big wonderful Mid-Century Modest mash up of both architectural styles. Hey: I think I have now declared both men grandfathers of Mid-century Modest!  Following is the news release about the donation, in its entirety. END_OF_DOCUMENT_TOKEN_TO_BE_REPLACED

During World War II, there were serious material shortage — rationing — and little home construction. Except for: Defense housing — housing for employees working in the defense industry. My main man Royal Barry Wills — the most influential residential architect of the 20th century, whom most Americans have never heard of — designed one such housing project — in Springfield, Mass., in 1942.  I recently scored some press photos. So here into the historical archive they go — complete with annotation of the news release and other information on the back of the photos. Hey: Is that RBW’s handwriting?

END_OF_DOCUMENT_TOKEN_TO_BE_REPLACED 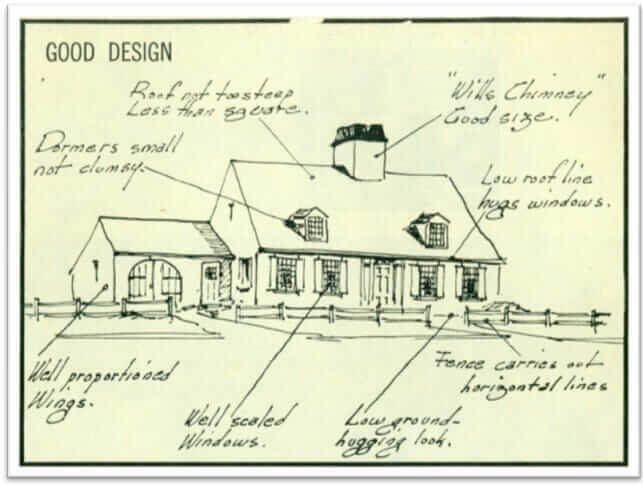 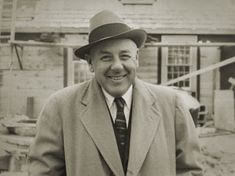 He was such an amazing person — the #1 person that I’d like to meet from the past — and on the occasion of this anniversary, I’ve compiled this comprehensive online guide. If you love mid century — and especially, midcentury modest — you need to know about Royal Barry Wills. END_OF_DOCUMENT_TOKEN_TO_BE_REPLACED