You are here: Home / Search for "starburst" 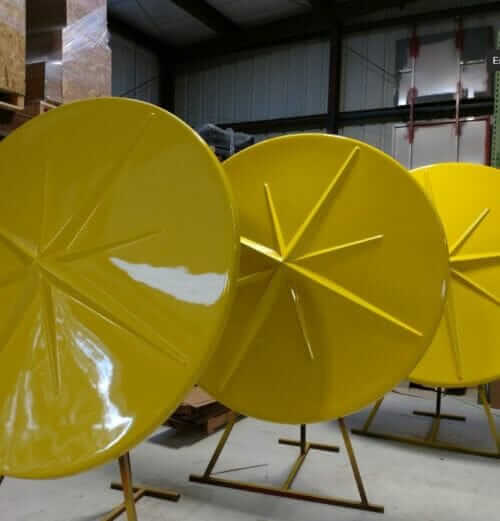 Sunny weather is on my mind — so stories like this, about unique, fun-derful retro patio umbrellas available today are tickling my fancy. Yes, STM Industries based in Tampa, Florida, makes five different styles of fiberglass patio umbrellas — including a delighful starburst umbrella — that look like they came right out of the 1950s or 1960s. I spoke this week to owner Leland Holland, who told me about the company. Thanks to reader Erin for this tip! END_OF_DOCUMENT_TOKEN_TO_BE_REPLACED

Here’s a starburst ceiling light shade that looks like it’s been around for decades — and it’s still made new today, in two sizes, 13″ and 15″ in diameter. It’s also very inexpensive! END_OF_DOCUMENT_TOKEN_TO_BE_REPLACED 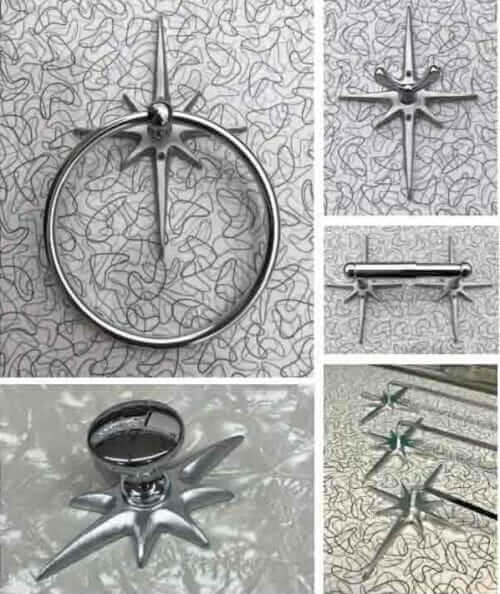 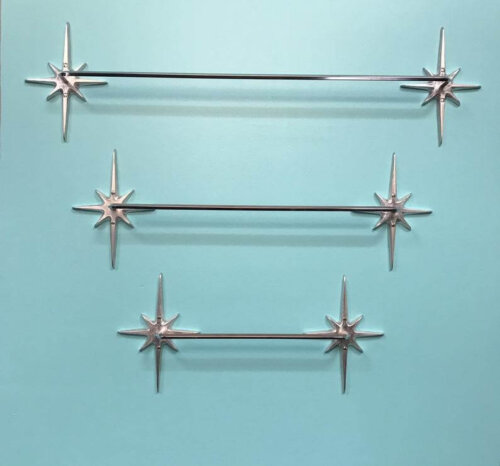 Many readers rushed to buy atomic starburst towel bars, towel rings and toilet paper holders the day in 2014 that Kate discovered and we announced that Rejuvenation was discontinuing their line. And ever since, the only alternative has been to snap up the rare set of vintage here and there (at increasingly high prices.) Now, five years later, there’s finally a new made-new alternative: Starburst towel bars cast in aluminum by the etsy seller Vintage Revival Art Co. And more good news: END_OF_DOCUMENT_TOKEN_TO_BE_REPLACED