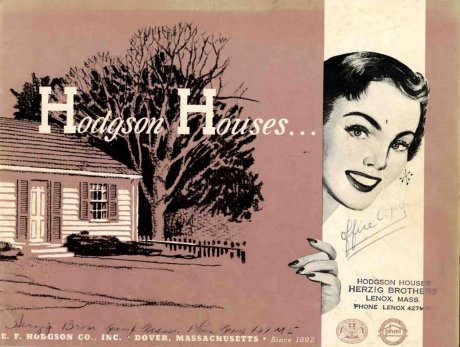 I found this 1954 Hodgon Houses catalog at an estate sale two summers ago. As you can see, it belonged to the Herzig Brothers — builders who once operated in Lenox. But of even greater interest, a little online research immediately uncovered the bigger historical factoid that Hodgson Houses are recognized as the first, true prefabricated homes in America. 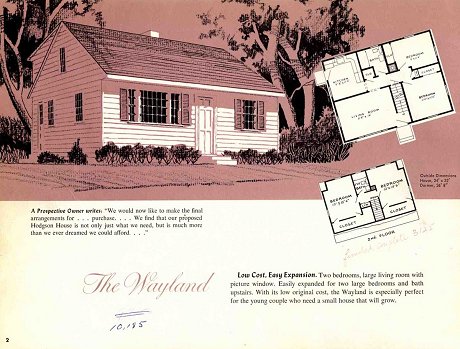 In fact, there is an excellent website dedicated to the history of Hodgson Houses (update 2019: now defunct). It says that the company was started by Ernest Hodgson of Dover, Mass. His first foray into prefabricated buildings was chicken coops called Peep o’ Days, and as that business grew, a line called “Wigwarms.” His prefab concept was so good that he continued to expand into other structures like doghouses, tool sheds, Hodgson Camp Cottages and Summer Cottages. Once automobiles took hold, the market for garage structures sounds like it led to a huge boom, and the business grew from there to include houses. There is also an excellent timeline on the site, and I believe it indicates that the company as it originated ceased to exist in 1948, when E.F. Hodgson died. The company continued other under names until 1995. 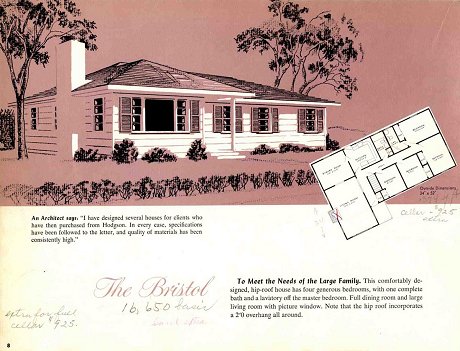 Taking my 1954 brochure as evidence, I bet there were many Hodgson houses built – especially in the Northeast. I remember exactly where the estate sale was, and I bet it was a Hodgson house.  I will take some photos to compare to the homes in the 1954 brochure. To be sure, there are many many houses in my area, especially in nearby Pittsfield, which was thriving in the immediate postwar era. 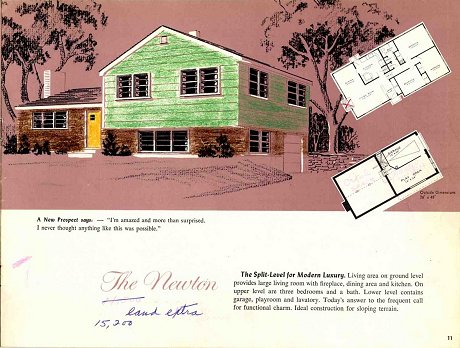 The other really interesting thing about the catalog is that the list prices are inked in. Taking a look at the split level above, a $15,200 house in 1954 translates to $121,000, not including land (calculations according to coinnews.net calculator.) Note, The Newton split level model above — someone colored it in. I love that.

There’s more: You can see a complete timeline relating the history of prefab houses [link now gone] on this museum website.

I’ve included all the 1954 homes from my brochure in this gallery. You can also see catalogs for 1942, 1925 and 1908 on hodgsonhouses.com [link now gone/. Cool stuff. Oh how I love the internet, it truly truly is an amazing thing.