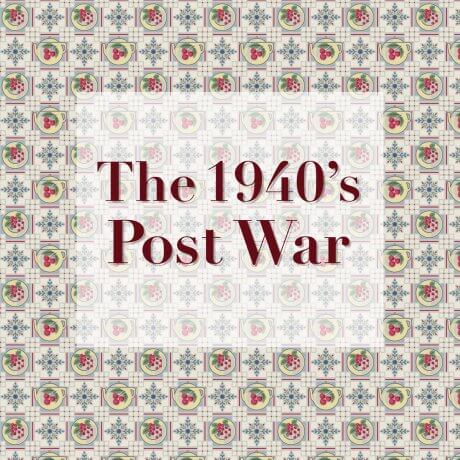 What are the key elements of 1940s interior design and decorating style? What colors, shapes, patterns and “feel” did we generally see in 1940s homes? And why? Based on the advertising illustrations and magazine articles that I’ve seen from the period, starting around 1946 to about 1953, what we typically call 1940s interior design had eight general characteristics.

I write about each one of these design ideas in more detail below.

Special thanks to: Bradbury & Bradbury, which made this slide for me. It also showcases one of their 1940s reproduction wallpapers.

Disclaimer up front: I don’t have a degree in this – I’m a passionate observer, who is still “putting all the pieces into place.”

In the immediate wake of the war’s end, there was a tremendous housing shortage. I’ve read that we needed to get 6 million homes built as quickly as possible. And I’ve even seen references indicating that the government was concerned that if we didn’t deal with the housing (and jobs) situation quickly enough, America’s young men would become restless and political – in a bad way. So, we built houses as fast as we could. Usually: Very small houses by today’s standards, no more than 1,000 s.f.

I also swear I’ve read somewhere that there were prohibitions on building more than one indoor bathroom at some point… I need to find the source. 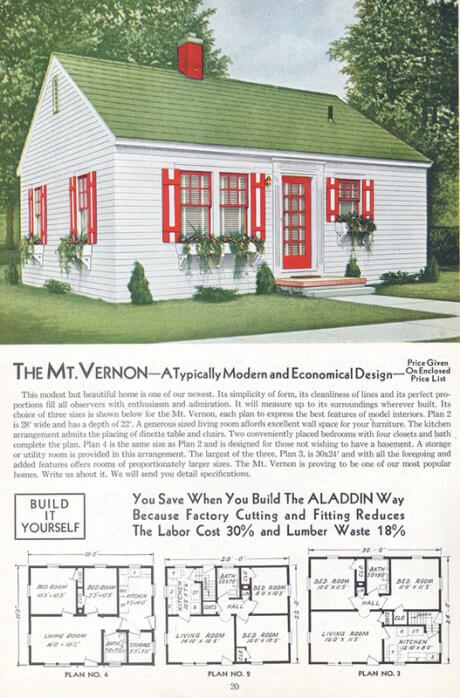 Also, in terms of design, in this immediate postwar period, the “look” still tended to be similar to that of the late 1930s and wartime period. There had also been material shortages during the war, so manufacturers had put all their new-design work on hold. A good example: After the war, when Heywood Wakefield retooled its factories to again produce furniture, its Riviera line was really just the same, but with new handles, as the Rio line produced earlier.

Because of the shortage and ramping up from 1946 until 1953, these years are generally viewed at more “40s style” than “50s style.” (In his terrific book Populuxe, Thomas Hine looks at the 1953-1963 years, which were more exuberant.) So what did the 1946-1953 interior design look like? Here is additional explanation of the eight characteristics:

Which 1940s interior design style is your favorite?