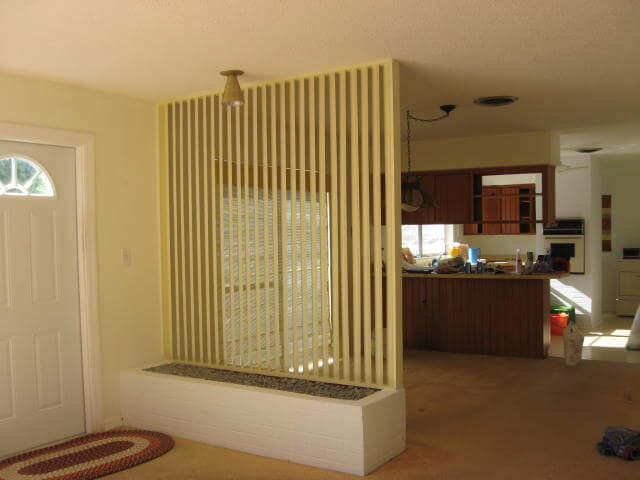 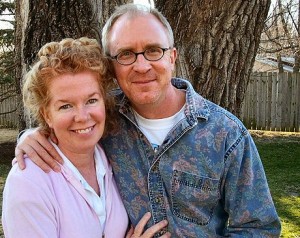 Lynne writes, asking for some advice:

Hi Pam – About two weeks ago my husband and I purchased a 1959 ranch home in Florida.  Just inside the front door is a brick planter with wooden slats that divides the dining room from the living room.  I have seen this type of thing before, but have not come across any solutions as to what might be done with it.  I don’t want to demolish the thing, but would like to get rid of the slats.  There is dirt and gravel in the planter.  Perhaps you or your readers may have some ideas.
Thanks,
Lynne in Kansas

Of course, I ask for Lynne to tell me more:

Hi Pam – I am a real estate appraiser and you could say it’s my hobby.  In the past couple of years I have been watching the prices in Florida, in the meantime my husband and I went to Texas and Panama looking at possible retirement/vacation homes.  I love the east coast of Florida, and we traveled down there from our home in Kansas City about a month ago and saw 15 homes in one day.  I was specifically looking for a ranch home that had not been renovated.  I wanted terrazzo floors and many of the homes we saw had ceramic tiles installed over the terrazzo.  I was looking for something with at least three bedrooms within walking distance to the beach.  When I saw our home that morning, I loved it, although we kept looking.  At the end of the day, although we had seen newer homes that had been renovated – this was just the house for me.  It has a pink bathroom and a seafoam green bathroom, an inground pool and a detached two-car garage.  The home was built in 1959 and the kitchen seems to be fairly original (cabinets are definitely original) although the appliances had been replaced during the 70’s.  We pulled up the carpets and had the floors refinished – that is actually happening this week while we are back in Kansas City.  The floors are the only renovation I will be doing.  The one thing I am not sure of is the brick planter between the dining area and the living room.  I wonder if any of your readers have encountered anything like this.  I would like to remove the wooden slats, but then will be left with a fairly low structure right where someone could run into it!  I am considering some sort of widely spaced shelves where the slats are now.  The planter contains gravel with dirt underneath.  (I hope no insects!).   I love reading your web page – I no longer worry about the pink bathroom!  I have always loved danish modern mid century furniture, so now I am having a great time shopping for some cool stuff for the house.

Thanks so much – I have attached a photo of my husband Larry and me.  I would have taken a photo at the house but we won’t be back there for another couple of weeks.

Thank you, Lynne! You two are so cute, and you’re Florida house: I’m jealous! Meanwhile, I’ll throw this one open to readers. Readers: What kind of ideas do you have for Lynne and her planter?
CategoriesReaders and Their Kitchens