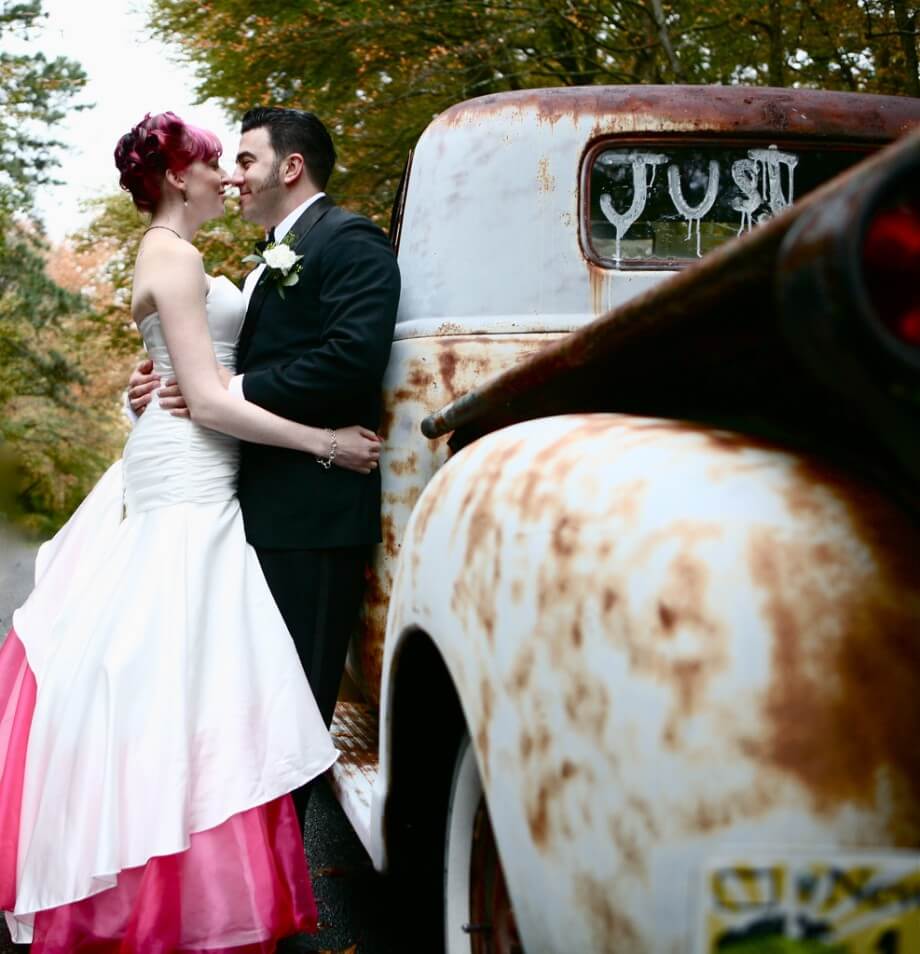 Three years into the blog, and it’s fun to see the houses bought and projects finished — but it’s even more fun to see the weddings and, the babies (and the puppies and kittens.) Joe and Nikki are longtime readers… and when they tied the knot, they did it in enviable retro style. I asked Joe if he’d like immortalize the event online, and he was game. He gives us a complete report: 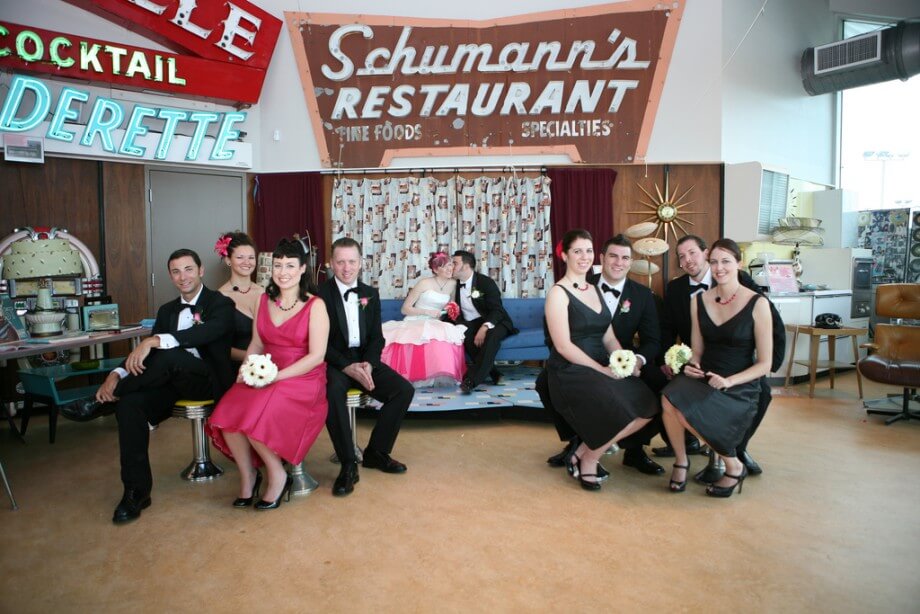 When we set out to find a ceremony location, we knew we wanted something different, something that may have not been done before. Being Mid-Century fans we wanted something from that era, the only problem is, there’s little to no Mid-Century architecture in this area. After exploring what seemed like dozens of locations only to come up short we found the diamond in the rough, the Wildwood Doo Wop Museum. 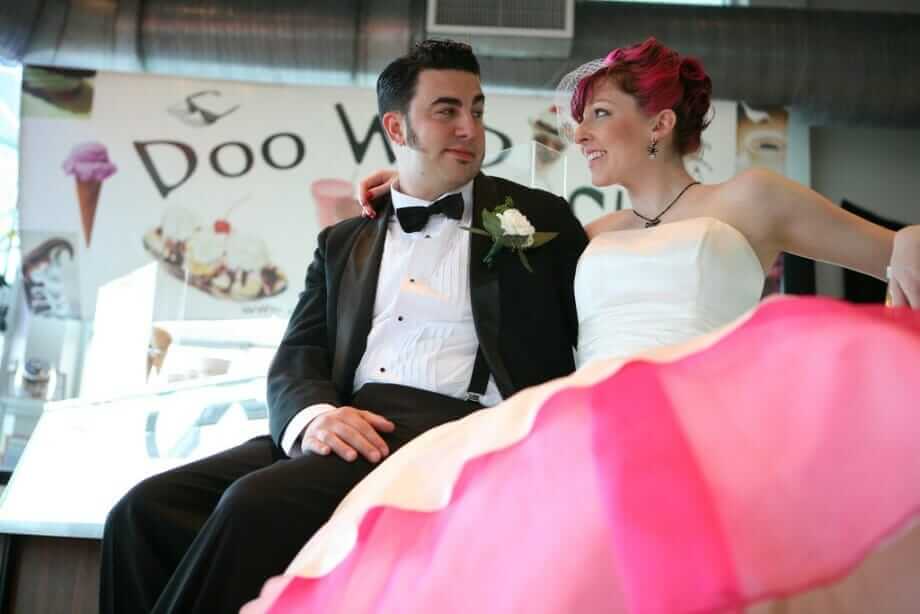 The museum started out as a restaurant that was closed up years ago. The city bought the structure and put it in storage until they could find a use for it. When I first called the Museum I was expecting to be instantly shot down with our crazy idea, turns out they were very receptive to the idea. We were the first people to ask for something like this since the museum opened a couple years prior. 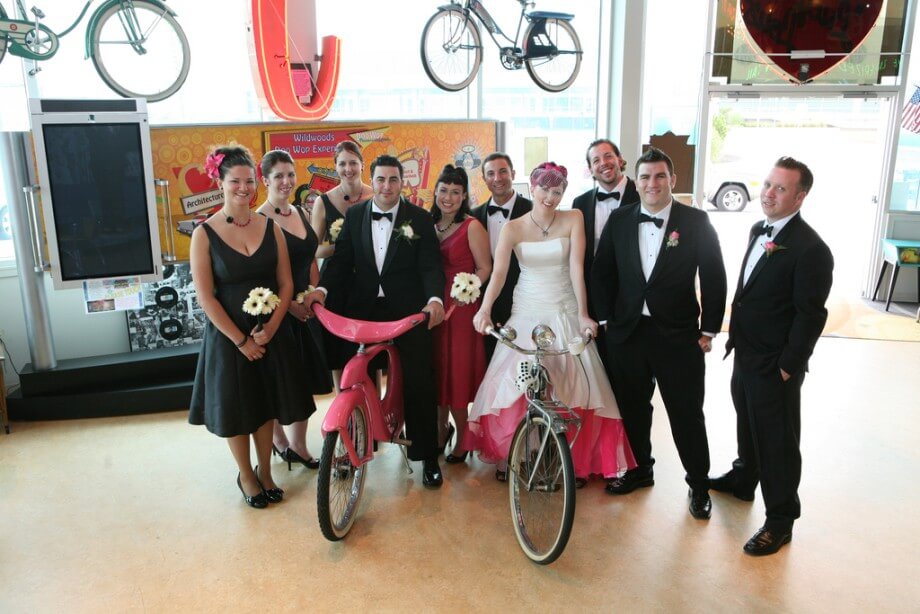 Now that we had the ceremony part figured out, we needed to find a reception hall within a reasonable distance. You have no idea how hard this part was, since we were having a pseudo-destination wedding, Wildwood is about an hour and a half from anything else. Once again, after looking at endless locations, some too small, some too dingy, we found the Wildwood Country Club. After hammering out the details of the reception we were all set. Time to start the real planning. 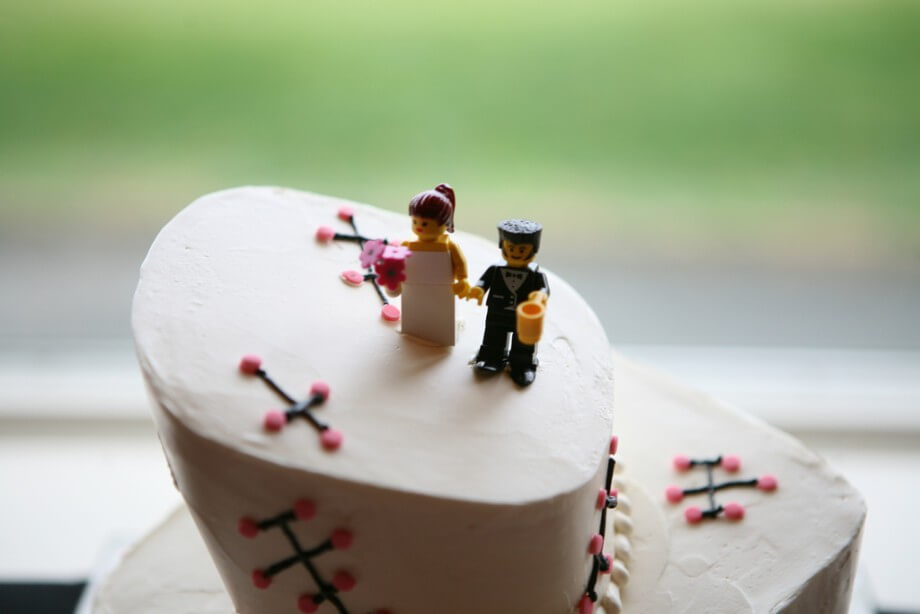 I knew the entire time I wanted to drive our rusty 49 Chevy truck from the ceremony to the reception since it was ours and we both loved it. A limo is just not our style. Pink and black were the colors we chose, Cupcakes would be the take-home favors, and we were using vintage items from around the house as table markers. Keeping with the idea of not using traditional wedding items, we opted for cupcakes instead of a wedding cake, and custom made Lego Minifigs instead of a traditional wedding cake topper. 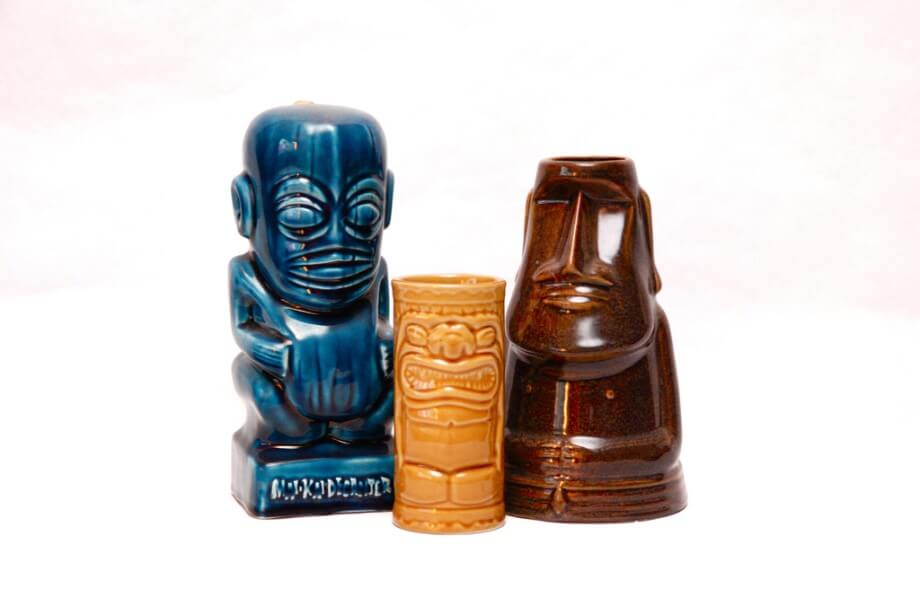 As a bonus, the manager of the country club let me decorate the entire bar like it was a Tiki bar. We brought down all of our Tiki goods and it looked great, unfortunately, we didn’t get a good picture of it. 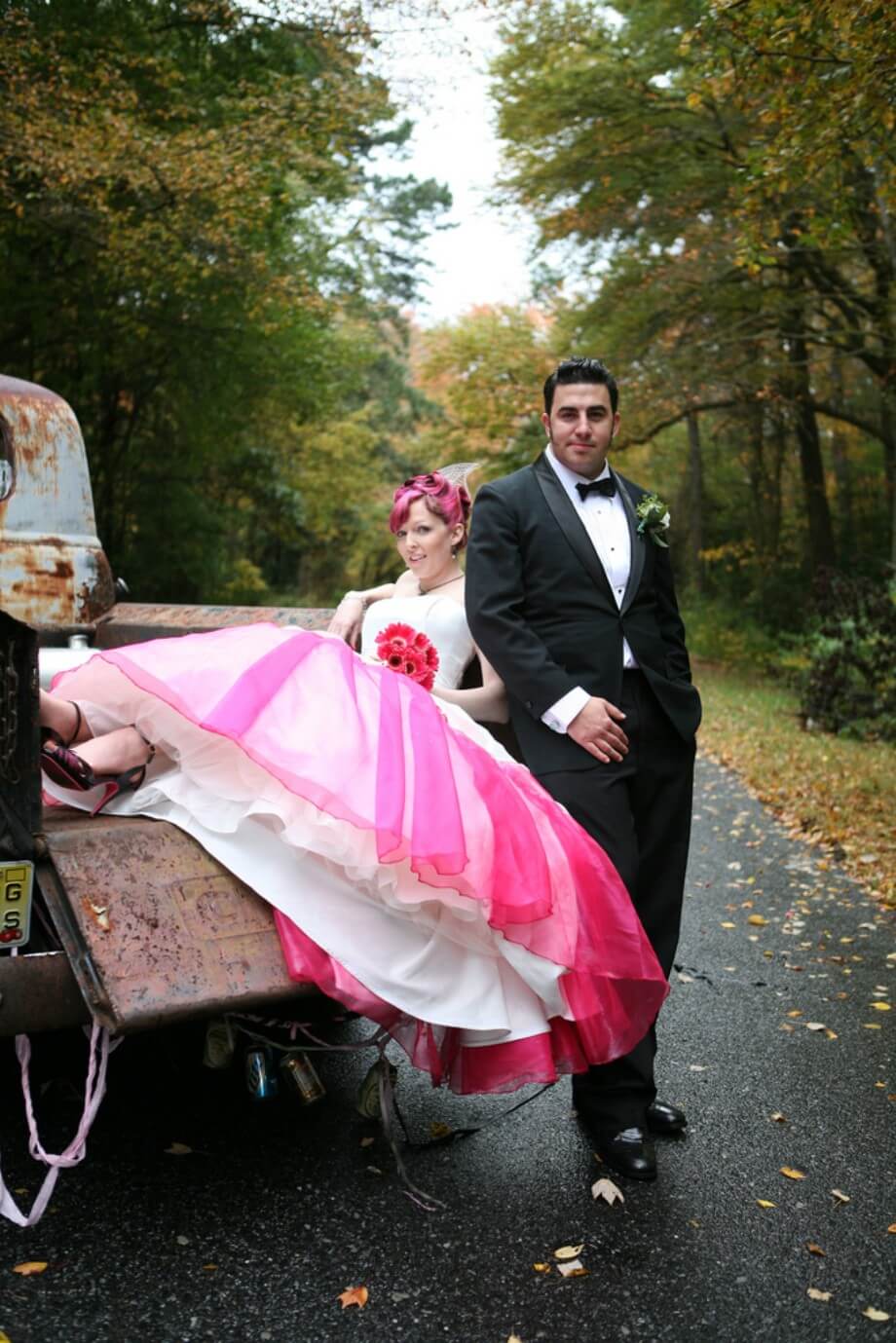 Nikkis dress was altered to have a hot pink bottom to match her hot pink hair. The groomsman and I all wore vintage one button Tuxedos with hand tied bow ties, and let me tell you, actually tying a bow tie is not an easy task. We all wore cufflinks, parts of the groomsman’s gifts, but mine were specially made to have Pinup pictures of Nikki inside of them. 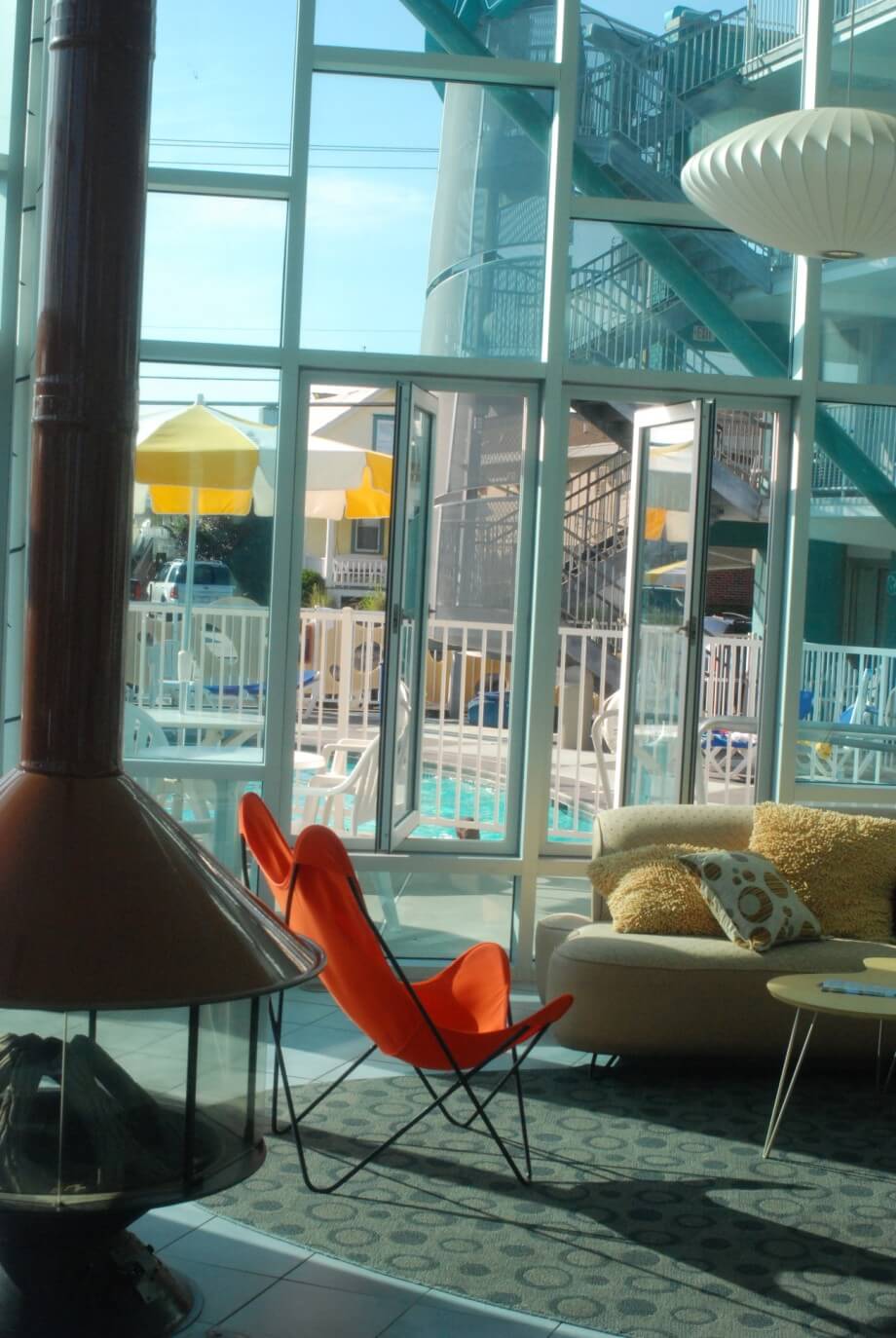 In addition to finding two great locations for the ceremony and the reception we also secured the Starlux hotel for all of our guests to stay at. Since we were having the wedding in their “off-season” they were more than happy for the business and offered the wedding guests and awesome rate. The hotel was originally built in the 50s and remodeled a couple years back to really embrace the Mid-Century feel of Wildwood. 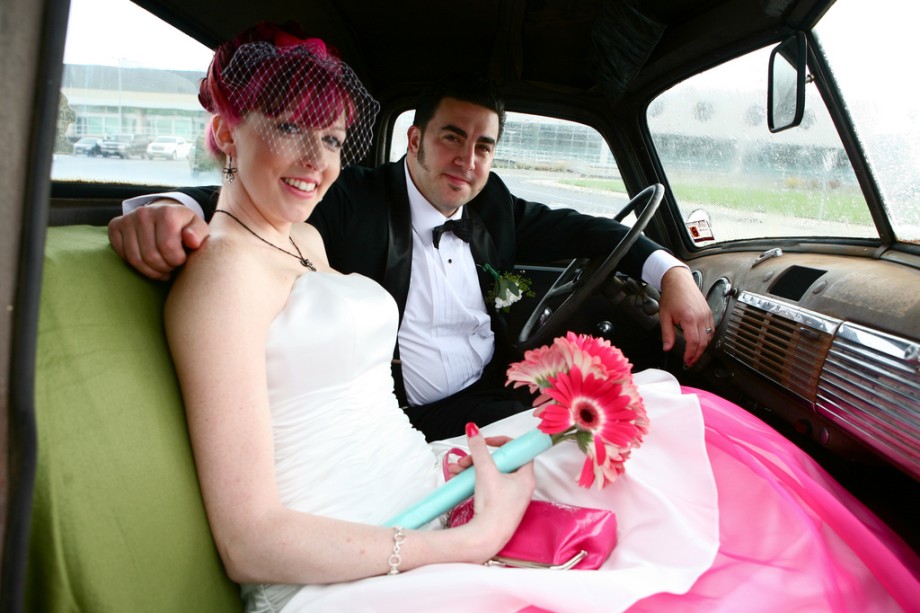 It’s really hard to write up that entire weekend into a couple short paragraphs, and I’m sure there are details that I glazed over, but it should give you a pretty good idea of how awesome our wedding weekend was. Next stop…….the 11 day, 1100 mile up the Pacific Coast Highway Honeymoon.

Joe and Nikki, congratulations on your wedding, which, I have to say is one of the darn coolest I’ve ever seen. Thank you, Joe, for the report. We’re looking forward to hearing about the honeymoon — which I know was also a wonderful retro roadtrip.

You can keep tabs on Joe and Nikki, they each have a blog:

To view the following slide show, click on the first thumbnail to enlarge the image, then proceed using the arrows below each image: