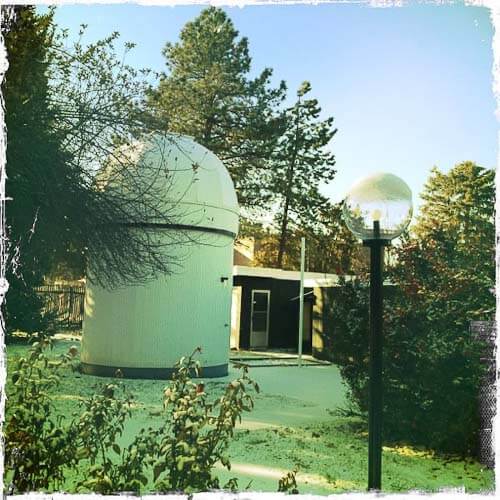 Thanks for reader Karen, who spotted this amazing 1957 time capsule house for sale in Holladay, Utah, a suburb of Salt Lake City. The house was built by architect Dean Gustavson for his own family, and he lived there from 1957 until his death in fall 2011.  Okay, we see a lot of midcentury modern houses and many are all gorgeous-like and many have valued provenance, but This One Has a Private Observatory. And, Mony tells me, there is also an Underground Bunker that includes its own ventilation system, etc.

Gustavson’s obituary (excerpt below) explains that in World War II, he flew B-17, B-24, P-51 and P-28 planes. Mony Ty, the listing agent, said this is what led in his strong interest in the night sky.

In 1986, Dean (with the help of his son, Clint) restored a World-War II vintage Stearman Biplane to better-than-museum condition and, well into his 80’s, Dean could be seen flying aerobatics over the skies of Southern Utah. A strong interest in astronomy led him to design and build an observatory in the backyard of his Holladay home where he spent many years peering at, and photographing, planets and deep-space objects.

In addition, Mony says, Gustavson was very concerned about nuclear safety after the near-miss of the Cuban Missile Crisis in 1961. Hence, the bunker. This is an amazing house. *Lust*. 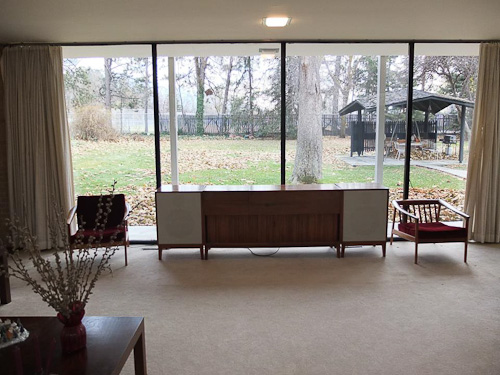 Is that a hyperbolic paraboloid roof I see in the backyard?

If you say so, Shannon!