DIY tip: Don’t do the jerk while using scissors, please

Thanks to Jackie and Todd from Furnish Me Vintage for sending us this strange — but fascinating — film from 1968. I am guessing, because of the video’s 6-minute-plus length, that it is a marketing film aimed at Westinghouse dealers, used at a big seasonal introduction of this new refrigerator line, which offers change-able decorator panels for the front. Moreover, as a “mood piece” filmed in an au-courant fashion reflecting the zeitgeist of the country, the film is groovy to the max, but in a sort of disturbing way… 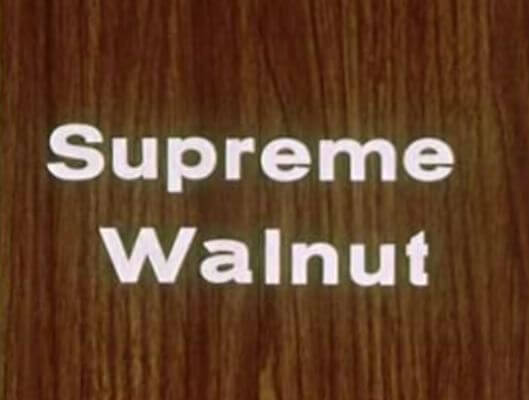 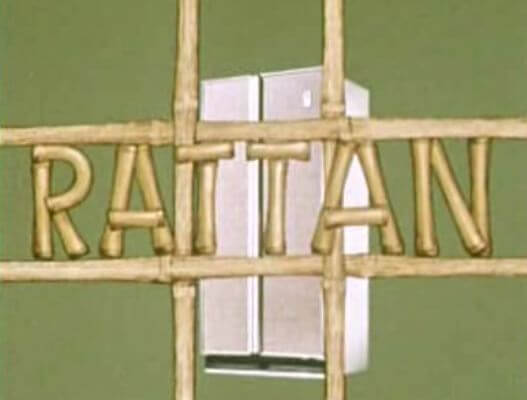 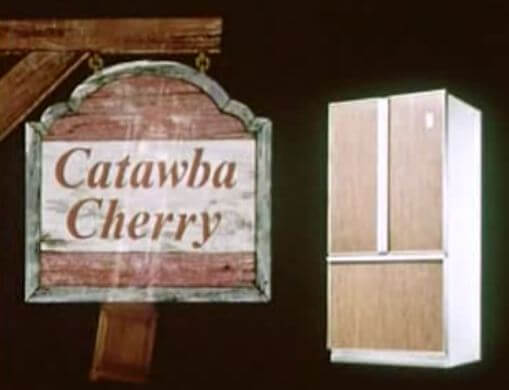 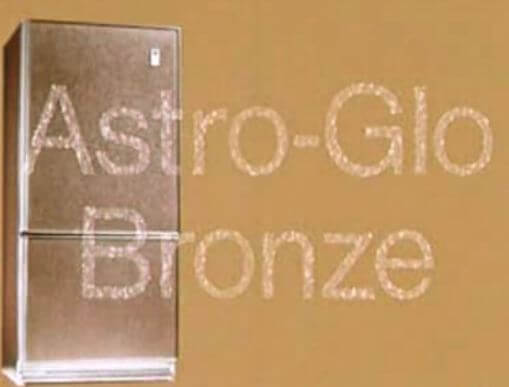 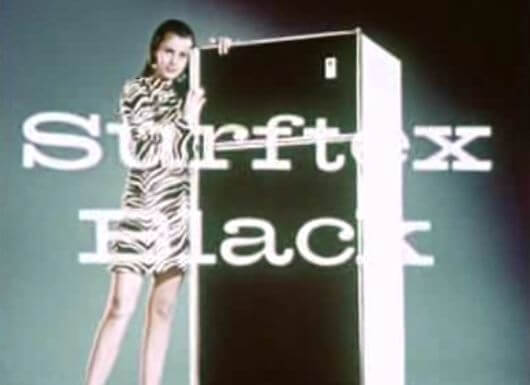 Popular accent colors for kitchens in 1968

First, for the purpose of readers looking for advice on what was popular in 1968 kitchens, let’s capture the colors that Westinghouse was promoting. The decorator panels were available in:

Oh, and there was lots and lots of blonde hair color going on, too, it seems. 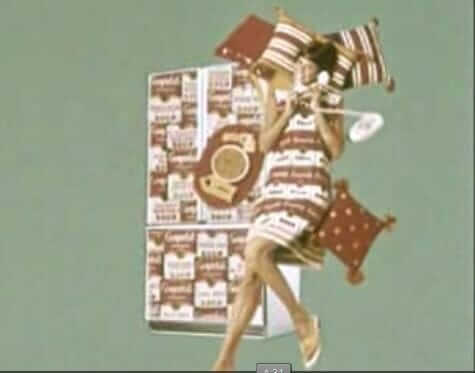 In addition, homemakers could make their own panels. The parts of the film meant to generate ideas are the best. Hey: Remember our recent story about Kathy, who made her own dishwasher panel from an enlargement of her grandmother’s Betty Crocker cookbook? Such a great way to add vintage pizzazz — inexpensively and creatively. Tip: Don’t do the twist while using scissors.

I used to work in the car business, and these kinds of films were commonly created to set the scene for the new product lines being introduced to the dealers. The purpose was to get them all psyched up to sell.

But, oh my: 1968. In contrast to the let’s party mood (although there is a seamy darkness) of this film, the year 1968 was one of the most tragic and divisive (help, I am not a historian, not even sure what words to use) in America’s political history. Martin Luther King was assassinated. Robert F. Kennedy, assassinated. The Vietnam War was under way, with the Mai Lai massacre, Tet offensive, draft dodging and more dividing the country. Richard Nixon was elected president. Hmmm, unemployment was 3.3 percent. Yikes. I am not an expert on film history, but I took a class in college and this Westinghouse video makes me recall the 1966 film Blowup by Michaelangelo Antonioni. Films like this — which are considered “ephemera” and were not really meant to endure — are so interesting. Thank you, Jackie and Todd, for this discovery.