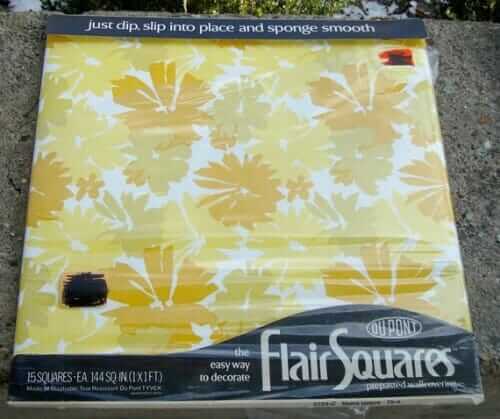 In the wake of my epic office craft room remodel — with its 277 square patchwork quilt of vintage wallpaper hand cut by moi — Hannah turned me on to Flair Squares. Looks like Flair Squares were precut, prepasted 12″ wallpaper squares made and sold by Dupont, sold in packs of 15 squares. I found an ad for Flair Squares for 1980. So let’s guess: 1970s into the 1980s. You know I love these to heck. How can I not love designs called Mums Galore, in fab 1970s colors. Above: Mums Galore from vakvar on etsy.com. (now sold). 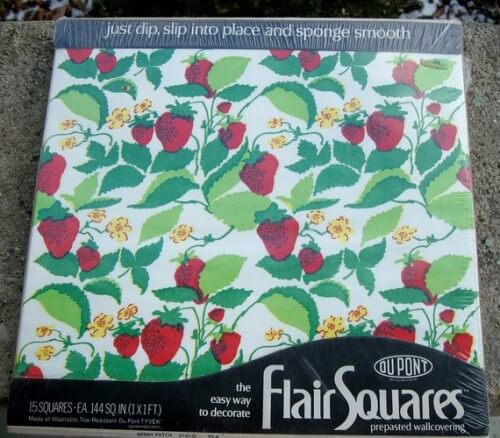 Above (as if there were any doubt): Strawberry Patch Flair Squares — Four packages of 15 squares, $10 per package — also from vakvar, also now sold. 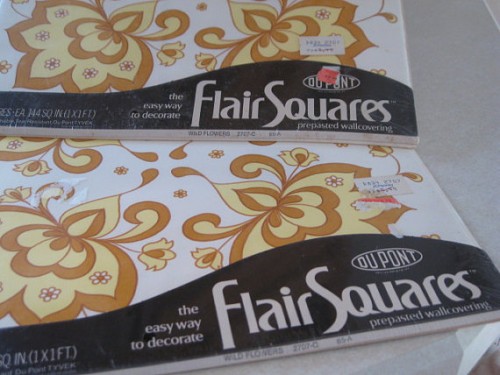 Above: Two packs of Wildflowers from Daisy’s Attic on etsy for $12. (now sold) 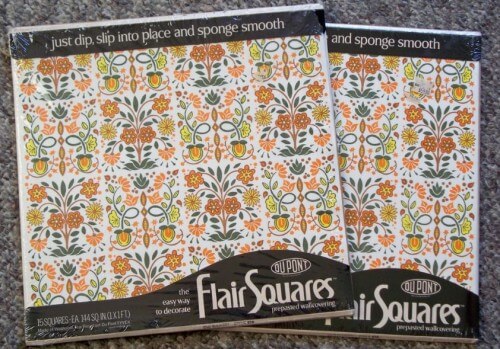 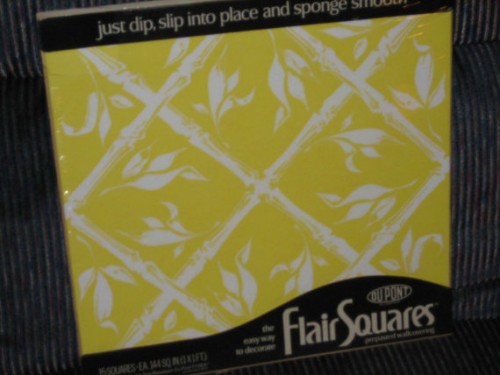 Above: A yellow bamboo pattern, two packages available, $9.35 each (now sold), from PorkyPieDesigns on etsy. 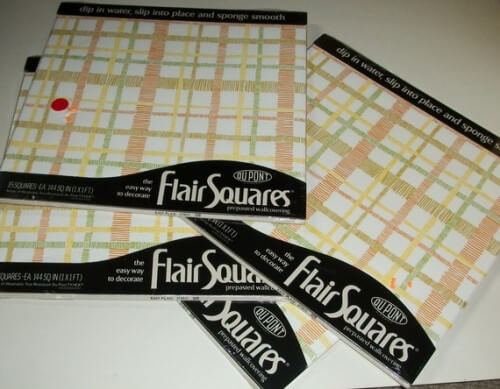 Four packages of Easy Plaid, $25 take all four (now sold), from iprefervintage on etsy. Well, we do, too! 😉 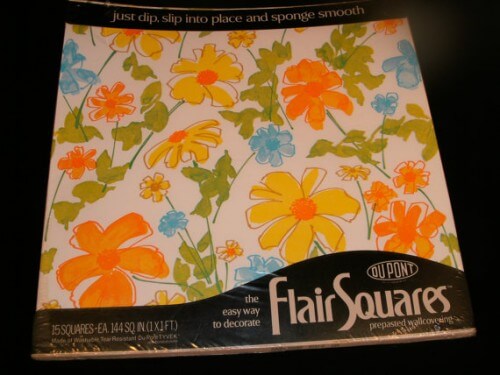 And: There is another one (???) package of this pattern — Daisy Daisy — $5 per square (???) — from AuntBonniesCloset. Daisy Daisy! You know I love my flower power!

Okay. So the way I count it, there are about 16 packages available in just these (easily found) listings. That would be about what it took me for my whole room, although I did use an even greater variety of designs. I basically kept adding designs until I felt I had “the mix right.” A good thing about these Flair Squares:  I think all these colors would actually harmonize well together — in a crazy 1970s patchwork quilt way, of course..! 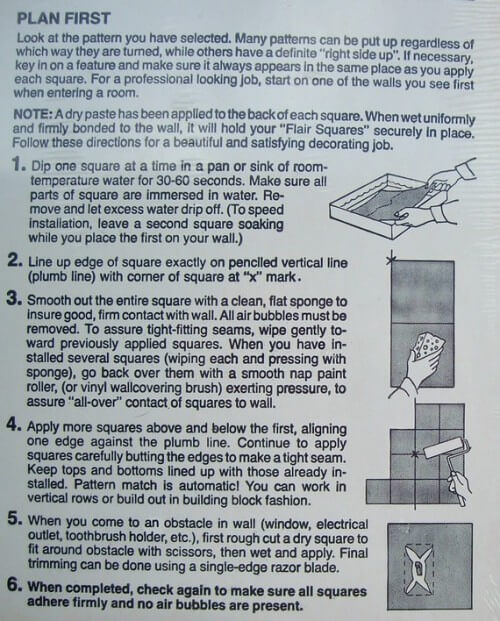 Above: I would not trust that the “pre-paste” would still work. I believe that some of the vintage wallpaper I used was pre-pasted. We didn’t even try that route. We used our own wallpaper paste — see my detailed instructions,  how we hung the vintage wallpaper. So far so good, the stuff’s not peeling off. Yet. Argh. 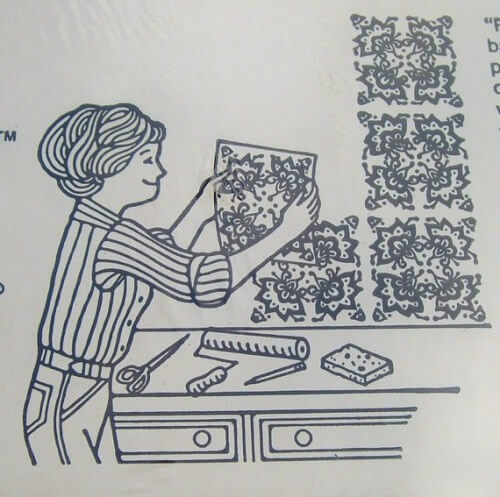 If — unlike me — you do not have some 300 rolls of vintage wallpaper hoarded in your basement waiting to be cut into squares or otherwise used for undetermined future projects — or, if you don’t want to start hunting down wallpaper — or, if you don’t want to spend hours cutting squares —  BUT, you want to make a patchwork quilt accent wall or backsplash or entire room like I did, now you know about Flair Squares.

Many thanks to all these etsy sellers for giving me permission to feature their photos, and to Hannah, who discovered these. Note, I did find Flair Squares on ebay, too, but at this moment, etsy is the better source. 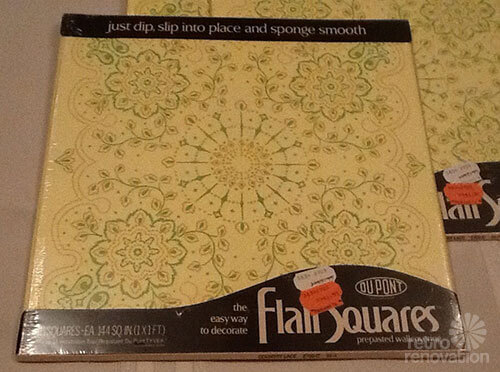 After 15 years — 3,000 stories! — this site has entered a new stage. Today, my focus is on tracking down the latest products for retro remodels. I’m also working to keep existing resource stories up to date so the site remains a solid reference. And, I want to continue to improve the site as an historical reference. To make more time for this research, comments are now closed. Meanwhile: Dive in, there’s lots to read!

If you have never heard of Erica Wilson, surely you will recognize her work. Erica Moira Susan Wilson — ‘America’s First Lady of stitchery’ —..
Read More
B