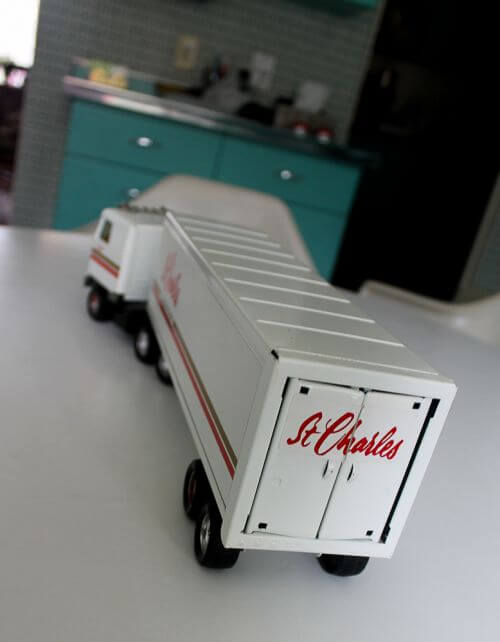 The sheer ridiculousness of my latest acquisition for *the Retro Renovation museum* is amusing me to no end. Yes: This vintage St. Charles kitchens model toy truck. I will guestimate, from the graphics, that it is from the mid-80s. 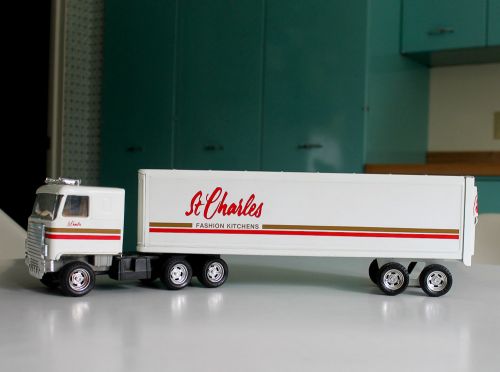 I spotted it on ebay and snapped it up, tout suit. 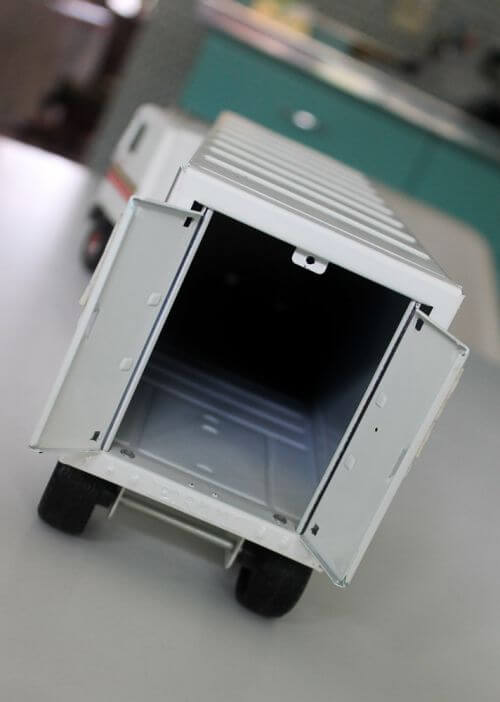 The truck looks to be all steel — like the cabinets, I am sure. The wheels turn… the back doors open… the back part hooks onto the front part. It’s all very fancy. 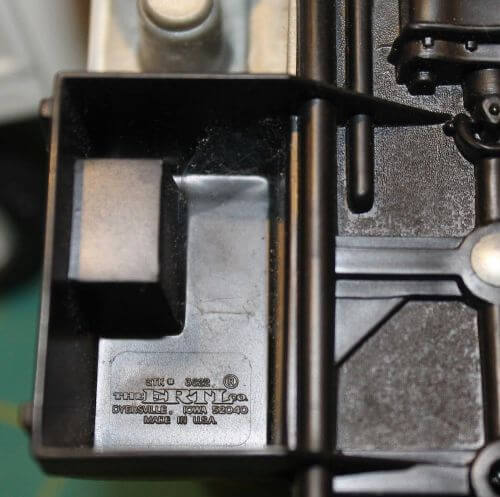 It was made in the USA by the Ertl Company — a fascinating company in business since 1945 — but which I knew nothing about until I went to look just now. From the Ertl Co.’s history page:

Fred Ertl Sr. started making toy tractors in the furnace of his home, in 1945. He was a journeyman molder at a Dubuque firm that was temporarily idled by a strike. With a wife and five sons to support, he started taking defective aluminum aircraft pistons and melting them down. He poured this aluminum into sand molds, and started making toy tractors.

By 1946, the basement wasn’t big enough, so the business moved to a 1,040 square foot building in Dubuque.

By 1947 Ertl was incorporated and moved into a larger 11,000 square foot building. Mr. Ertl met with people at Deere & Company and was able to get approval to produce toy tractors with the John Deere name. The first John Deere toy tractor produced was a Model “A”.

In 1959, Ertl built a larger facility in Dyersville, IA and moved all production to that facility. The Ertl Company was acquired by Victor Comptometer Corporation in 1967 which was subsequently purchase by Kidde, Inc. in 1977.

By 1980, Ertl was producing close to one million die-cast tractor items per year. In 1982, Ertl’s line consisted of over 60 different John Deere items alone.

In the last 20 years, Ertl—now RC2—has produced over 58 million die-cast tractors and implements to delight kids and collectors throughout the world.

Heck to the yeah! We had little John Deere tractors at my house growing up, for sure! So fun to know this history! 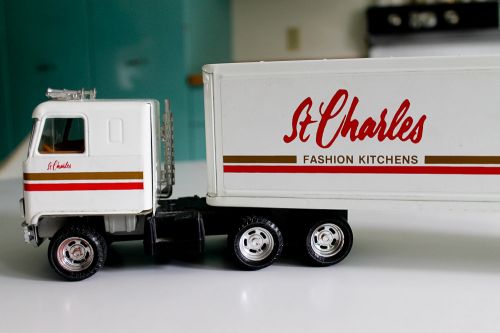 Surely, this must have been made for retailers to display? 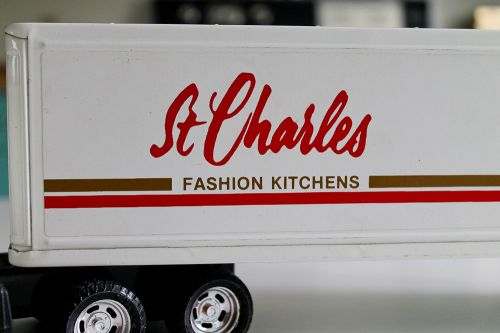 DH saw this sitting in my office. He loved it and wants to display it in the kitchen. This is the most excited I’ve seen him about an addition to my vintage treasure chest in ages!