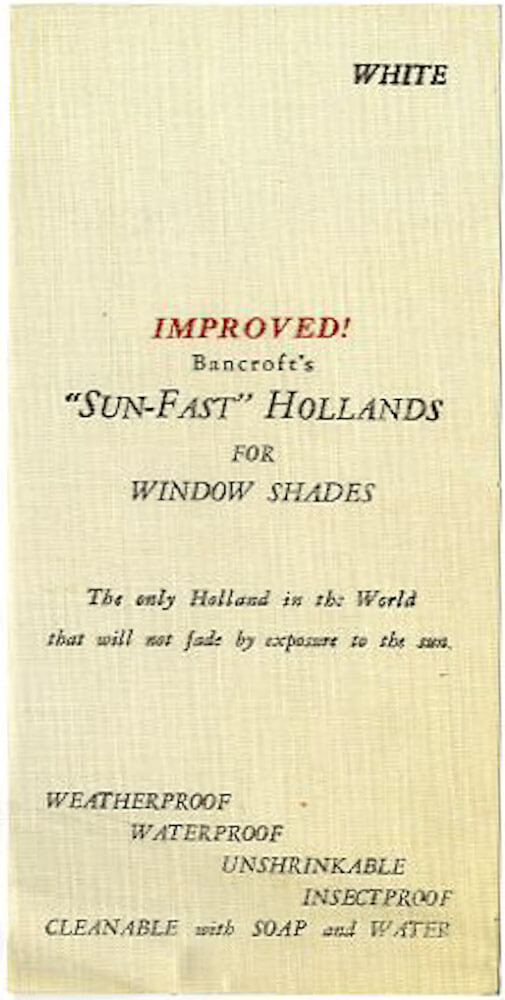 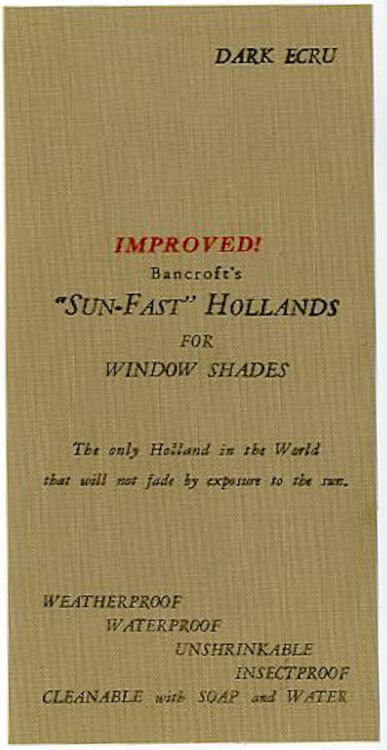 Above: A 1936 copyright entry in the Library of Congress for Bancroft’s Sun-Fast Holland. This story indicates that Bancroft Hollands were made with cotton. Here’s another book with more history about Bancroft and their processes. Note: My Bancroft samples do not “feel” like fabric — they feel very plasticized. Its seems that they were not stingy with the pyroxylinglazing.