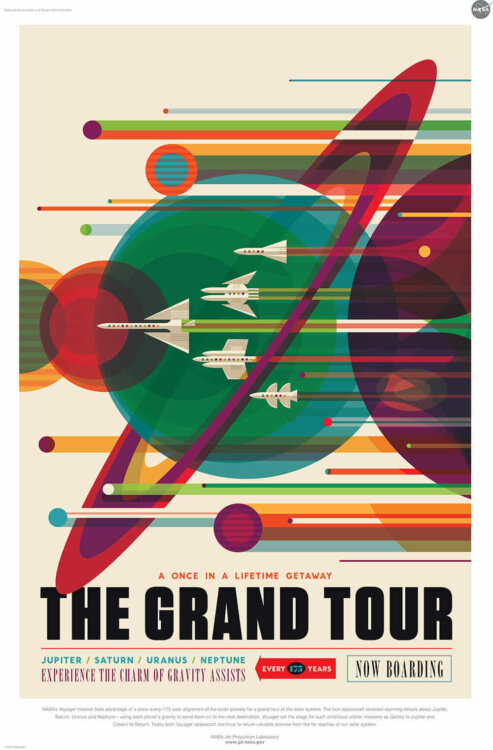 We love vintage travel posters — but how about futuristic space travel posters designed in vintage style? Yes: NASA and the Jet Propulsion Laboratory at California Institute of Technology (JPL) have commissioned a new set of 14 posters celebrating space travel — and they are available — FREE — for us to download, print, hang… and ponder. We also found where you can buy already-printed copies of some of the posters, too.

(P.S. We know we’re late to the www party celebrating these posters, but we need to feature this story anyway, for all present and future retro-crazy generations.) 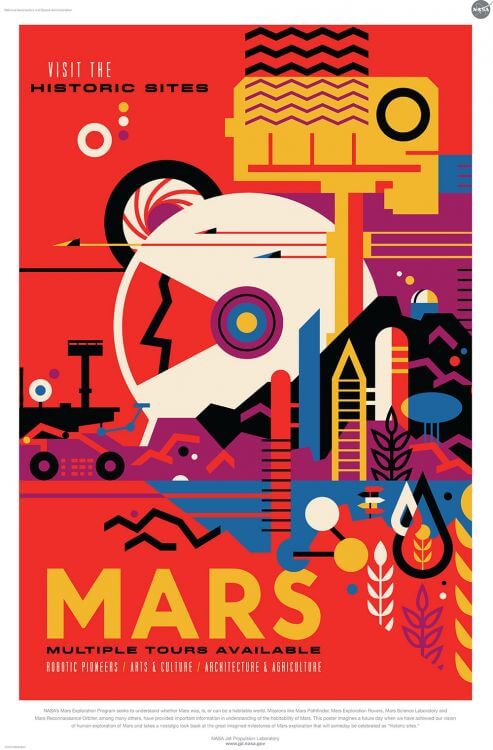 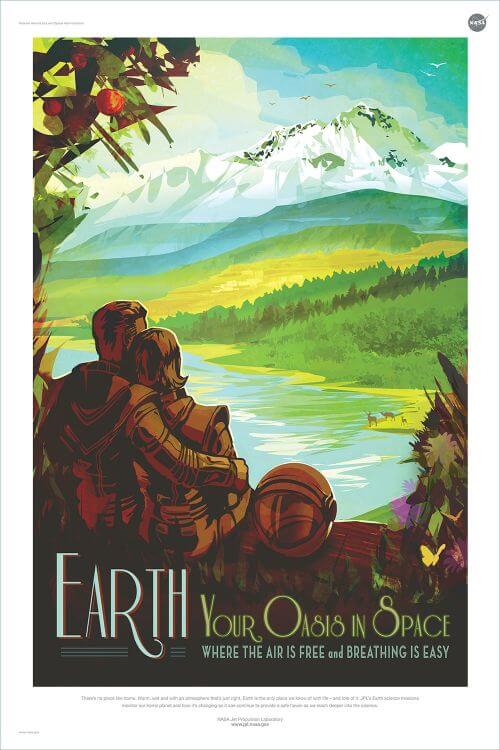 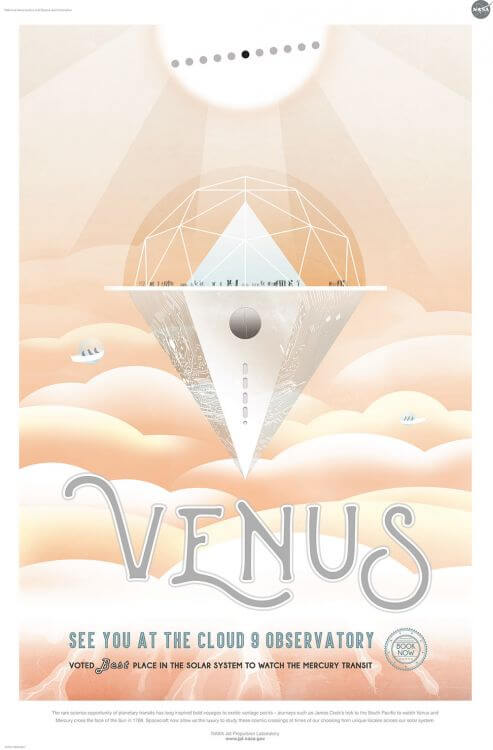 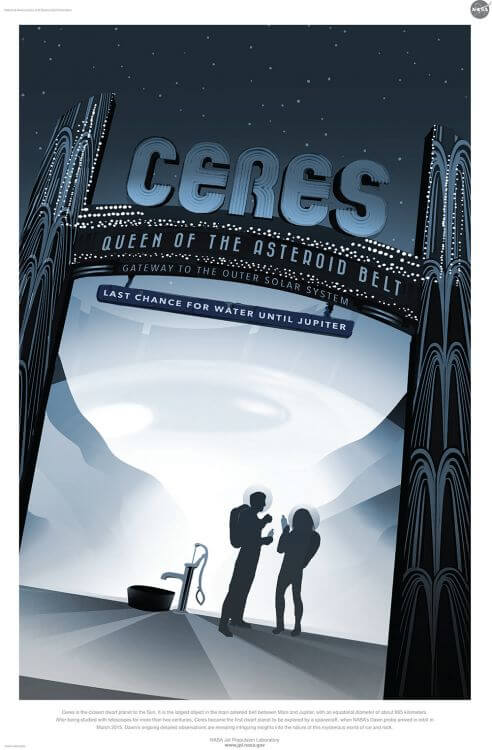 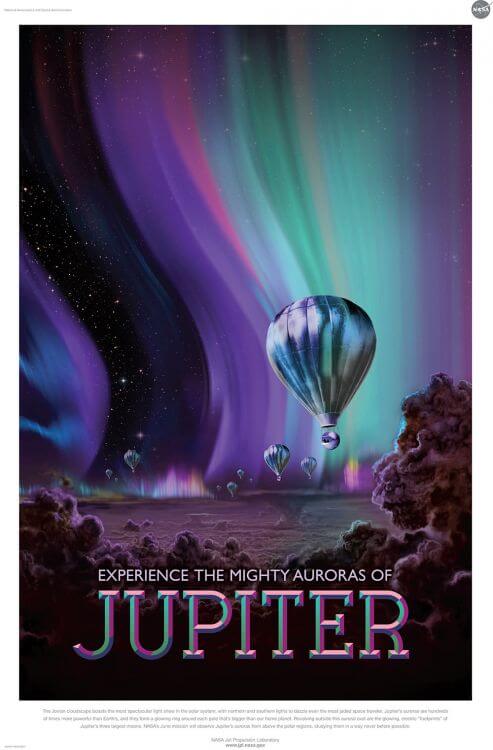 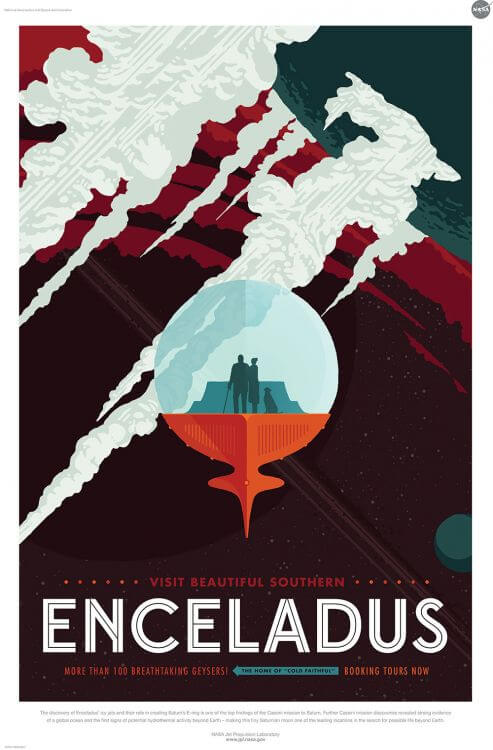 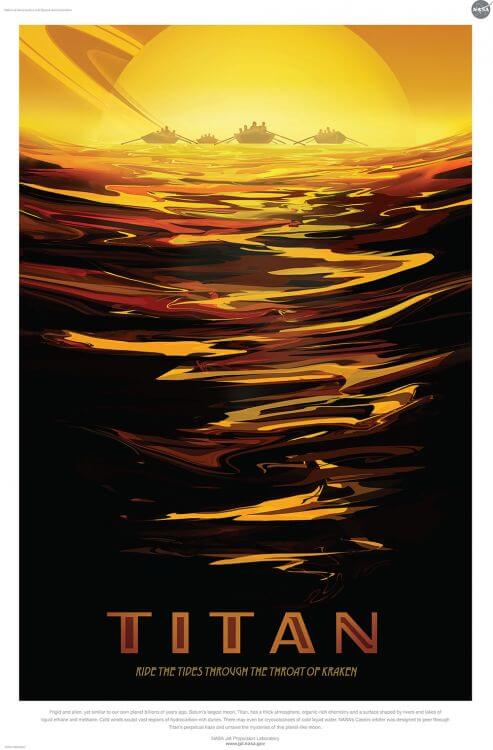 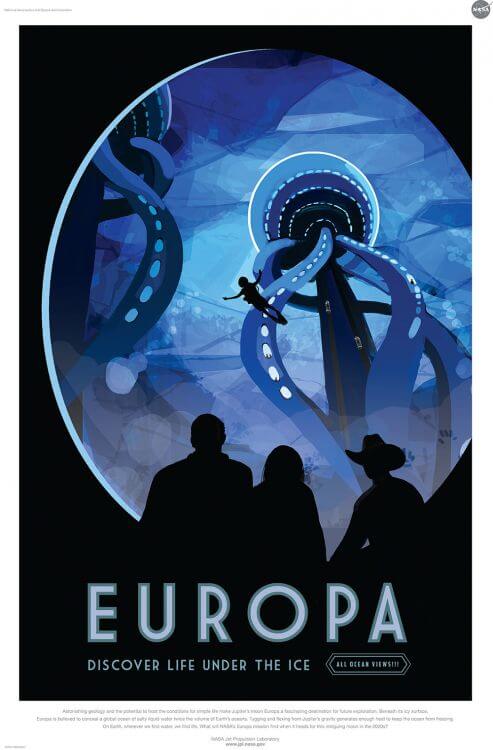 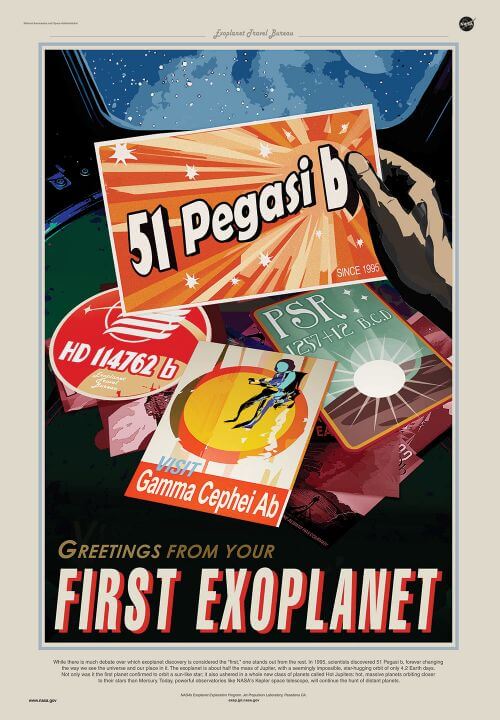 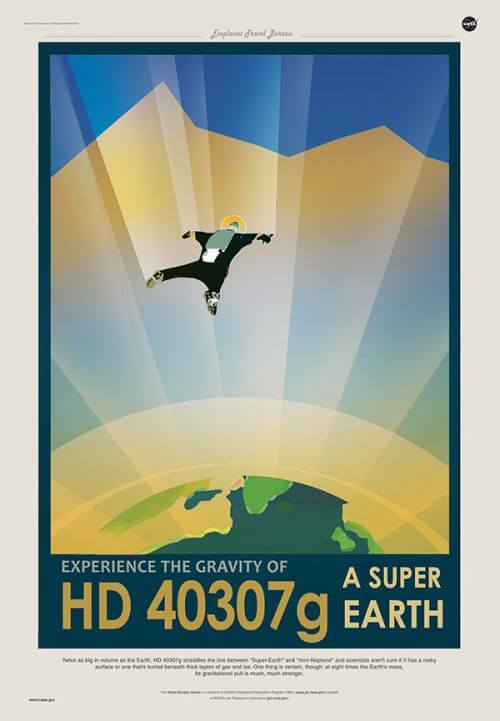 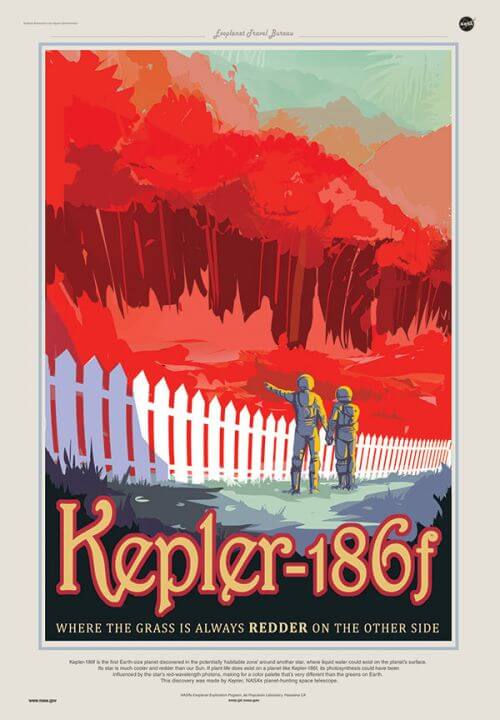 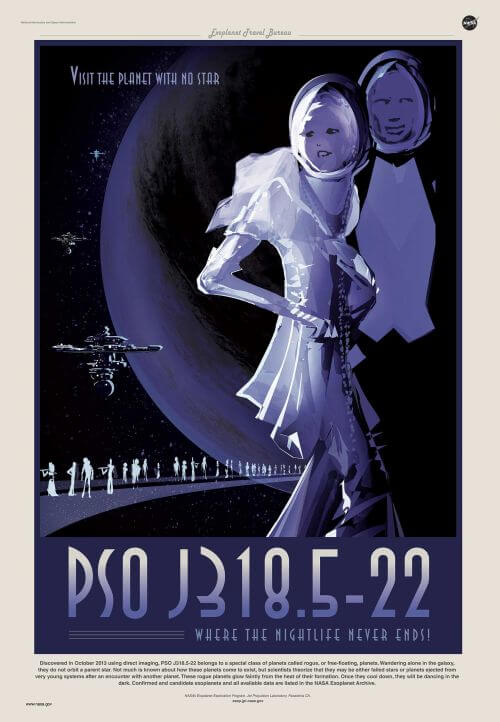 From the news release:

Imagination is our window into the future. New travel posters from NASA’s Jet Propulsion Laboratory, Pasadena, California, envision a day when the creativity of scientists and engineers will allow us to do things we can only dream of now.

You can take a virtual trip to 14 alien worlds, and maybe even plaster your living room with planetary art, via the new, futuristic space tourism posters. The posters are available free for downloading and printing at:

Last year, five posters depicting planets beyond our solar system were introduced as part of JPL’s Exoplanet Travel Bureau series. They are included in the latest set of 14 posters, which also show such locales as Mars, Jupiter’s moon Europa, Saturn’s vapor-spewing moon Enceladus, and the dwarf planet Ceres.

The posters are the brainchild of The Studio at JPL, a design and strategy team that works with JPL scientists and engineers to visualize and depict complex science and technology topics. Their work is used in designing space missions and in sharing the work of NASA/JPL with the public.

A shout-out to the Smithsonian, where Pam first read about these posters.

Two designs by Invisible Creature also for sale as posters: 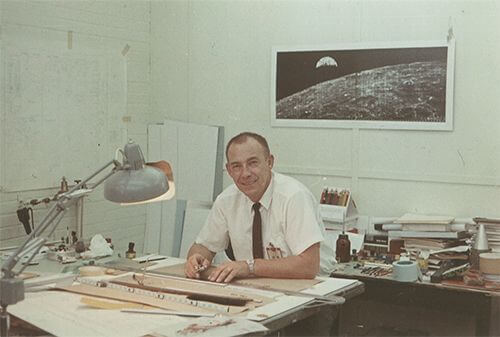 Don and Ryan Clark, owners of Invisible Creature, underscore that this design project was a particular labor of love: “Our grandfather, Al Paulsen at his desk at NASA’s Ames Research Center at Moffett Field in the 1960’s. He was an illustrator and graphic designer at NASA for over 30 years. This project was obviously a special one.” Thanks to the Clarks for giving us permission to show this wonderful photo!