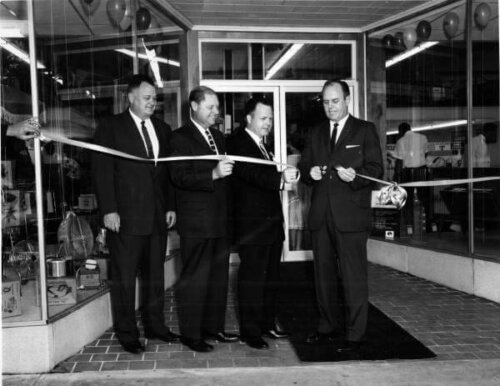 It was a big day in Tallahassee — June 25, 1962 — and McDuff Appliances was having its big Grand Opening on North Monroe. Ooooooh, let’s look inside! Credit: State Archives of Florida/Slade 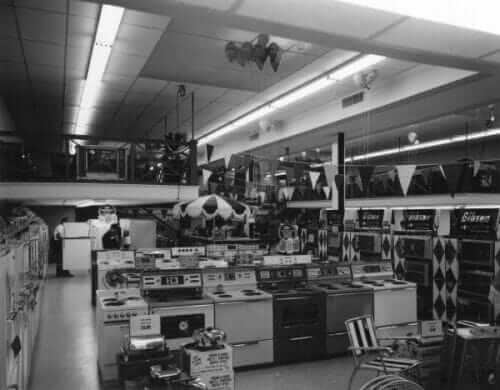 An old newspaper article says that Randolph Thomas and his brothers opened McDuff’s in 1944 in Jacksonville, Florida. In 1985, the company was acquired by Tandy Corporation, which grew the chain to 235 locations. About 30 McDuff locations were turned into Radio Shacks or Computer City Express stores (other Tandy companies) in 1994, and the rest of the McDuffs were shut down in 1997.

Well, that’s a boo hoo that McDuffs were shut down after so many years. But, I bet the owners made a pretty penny from the Tandy buyout. Tandy = Radio Shack. Hey, anyone else once have a serious personal relationship with a TRS-80? Good times… 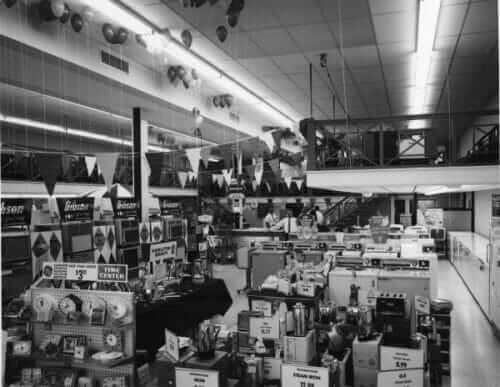 There’s a second floor, too. (State Archives of Florida/Slade) 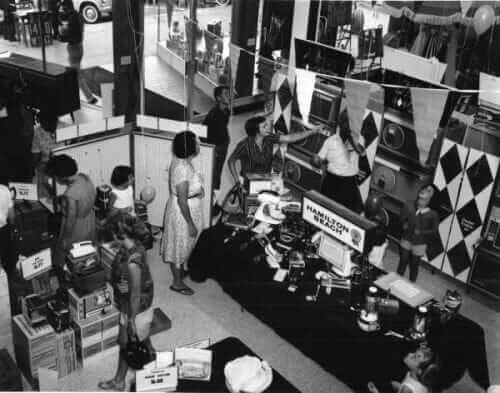 There were appliances big, and small. (State Archives of Florida/Slade) 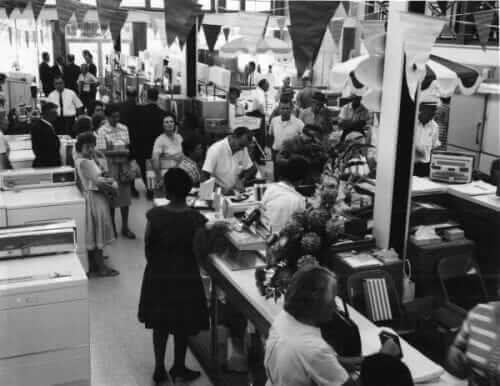 Don’t you wish you could take a short trip back to share the day — and to transport a truckload back to 2018?! (State Archives of Florida/Slade)