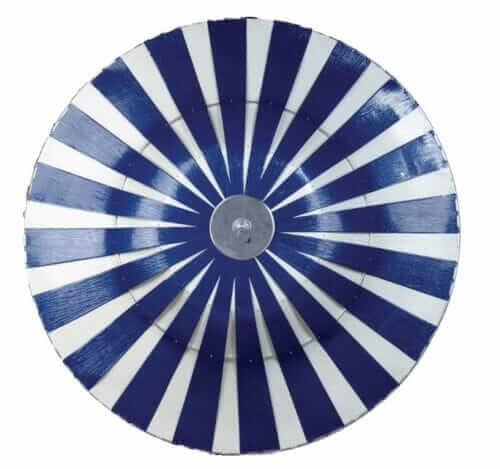 Fall 2020 update: I have heard from readers that these are no longer available. It’s on my list to check into the situation and report back. Meanwhile, I will leave this story up for historical reference — and for readers who want to try and pursue this on their own the opportunity to do so.

A few years after I first wrote about Sundrella 701 aluminum patio umbrellas — sold out of Arizona, in production since 1956! — I started hearing from readers that they were no longer available for retail sale. Fast forward to last week, though, and in doing some related research, I discovered the classic Sundrella 701 aluminum umbrella for sale — from a Florida company, Sundrella Outdoor Furnishings. What?! So I called, and immediately connected with National Sales Manager Diane Jacobs. She confirmed that company ownership had changed hands. The Sundrella 701 today is mostly sold to commercial outfits like restaurants, hotel, apartment and HOAs. But, yes, they do do occasional sales to residential customers. 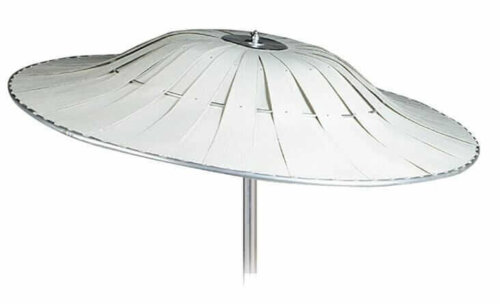 Above: Both photos are from the company’s website. The Sundrella 701 is 7′ wide.

It’s great to know these are still out there and available!

She said the umbrellas are still being made by the former owner of the company. Drats! If I had known about this earlier, I would have visited him in Phoenix when I was there last month for Arizona Tiki Oasis. I would love to see how these circa-1956 beauties are made! For sure I’ll plan a visit next year during AZTO.

History of the Sundrella 701 aluminum umbrella, from my original story in 2009:

The company that manufactures and sells them is named Sundrella (yes, with a “d”), and it’s been based in Phoenix since 1956 — when it got started building this very same 701 aluminum umbrella. In fact, according to Kaycie, a most wonderful manager in the retail area at Sundrella, the company built only 701 umbrellas for the next 22 years, until 1978, when the current owners bought the company.

How to buy a Sundrella 701 aluminum umbrella: