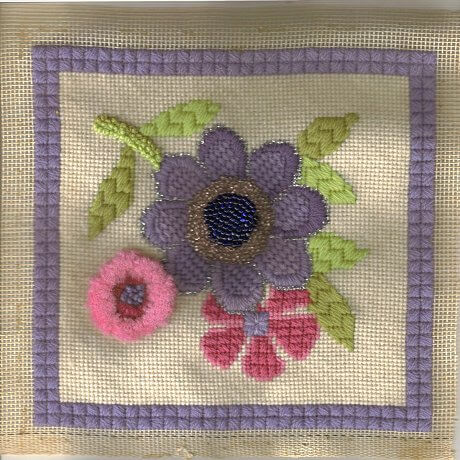 It is oh-so-wonderful when readers get their moms to explain the what, why and wherefore of mid-century decorating trends. Arcalus Bo, who runs his own historic home design consultation in Portland, Oregon, and who also consults on historical issues for Rejuvenation, spotted my new fixation with vintage bargello needlepoint pillows. He knew that his mom Ashley was quite expert on the subject — she once taught the craft — and put me in touch with her. The gorgeous piece above is Ashley’s. She sent me images of a few more — along with an explanation of bargello’s wild popularity in the 1960s and 1970s. 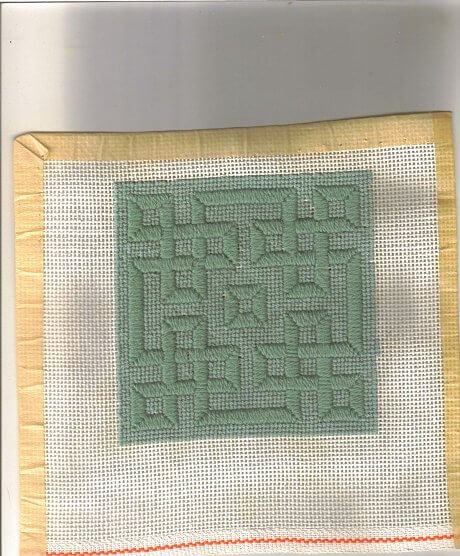 …Basic bargello is stitching in a series of graduating hues, one color at a time, in a pattern of peaks and valleys, the width of a canvas. The next row uses a lighter of darker hue than the first, following the same pattern as the first color. Then a third, fourth, etc. hue. Some times the peaks and valleys are straight across (not very interesting) and some times the peaks and valleys are exaggerated (much more interesting). The yarn being used goes over more than one thread and is always linear, rather than stitching intersecting threads like in needlepoint.

Typing it out makes me realize that that must be the definition of bargello: linear stitches over more than one thread. In needlework on canvas (there are lots of different techniques) one never refers to the holes of the canvas, only the threads because the point of the stitching is to cover threads of the canvas. The holes are for the needle to go into. So when one sees a graph, the squares represent the threads – always. 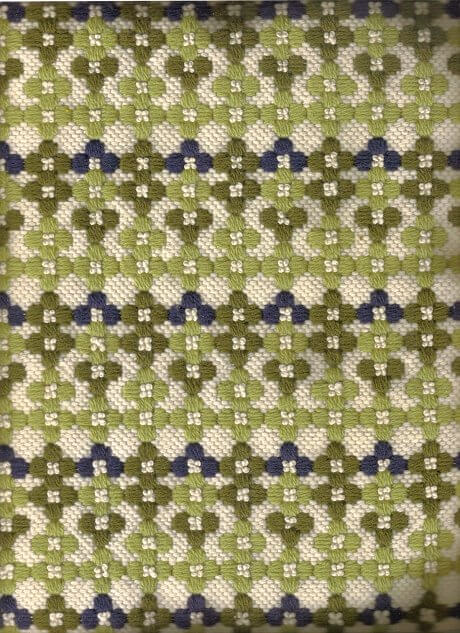 I’ve only been able to find one of my completed pieces in the attic, which is a mass of boxes and other “stuff.” The one I found is flowers made in a pattern. I’ll send you a picture. There are a couple of small things that were never made up. The one I particularly wanted to find is a four-way bargello that looks like a kaleidoscope. No luck. It will turn up.The attachments (hope it’s not too many to send all at once!) show some of the things I did just because they were fun to do, with no idea of finishing them.

The peach colored little “thing” is a sampler of stitches, not bargello but I called it that so all the files would be together and easy to find… I did a big sampler pillow in cream. It was beautiful but I don’t know what happened to it! If you have any questions I’d be happy to try to answer them. I haven’t done this kind of needlework in ages but I sure loved it as well as crewel embroidery.

Ashley seemed like a willing participant, so I asked her, “Why do you think it was so much the rage to make these, and (and when was the ‘bargello period’? Did “everyone” have them?”

Pam, I am not an expert and lots of time has drifted away since doing all this canvas needlework but here goes… The stitch is sometimes also called the Florentine Stitch which technically is only the “peaks and valleys.” The highest interest in bargello was in the 1970s. I found it hard to use in any room but a formal room with the subtle colors there. I did stitch one for my mother-in-law in orange, yellow and white, in the flower pattern I send yesterday. It was perfect in a bedroom of theirs. When we divided things after their deaths, I left it for a yard sale. If I’d only known there would be new interest so soon…
I taught all kinds of needlework for several years through the Community College here so I was constantly doing something. I did a bargello tote-bag class once. Teaching, I had to keep up with all the new things because students stayed with me for so long. The colors were so garish (think: groovy, psychedelic, yellow/orange, flower children, etc.) but everyone loved them at the time. The bargello was the new “had-to-do” thing is the only way to explain it.

I always tell my girls that the worse something looks to us now (usually referring the clothes or hair in photos), the more in fashion it was at the time! Diagonal straight stitches over several threads are called Byzantine Stitch and there are many more, some of which got put under the bargello umbrella even though they aren’t really bargello. The books in my lap are dated:

The Victorians were big into needlework of all kinds. They often used the bargello peaks and valleys stitched using with beads and basic needlepoint stitches together in the same work.One’s imagination is often the only limiting factor to creativity. Thrift shops and yard sales would be a wonderful place to haunt to find the hot “new” item for ebay!Ashley

Thank you, Ashley, I really appreciate your sharing this slice of history with all of us. And — let us know if/when you decide to sell any of the bargello pillows in your attic, we will be the first bidders.

Readers, Ashley also was able to send me some info from Elsa Williams’ book on the history of bargello. I’ll feature more insight from Elsa — queen of bargello — in an upcoming post.