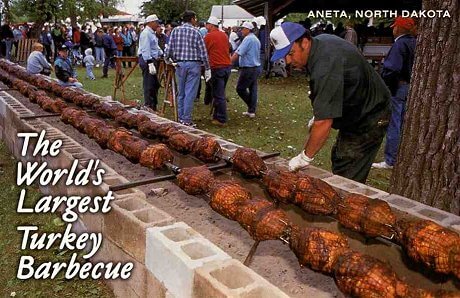 So my dad was born and raised in this really tiny farm town, Aneta, North Dakota. One hour west of Grand Forks, 2.5 hours north of Fargo, in the middle of the big wide Dakota prairie. I visited as a child, but not again until recently. In 2004 I went to see my Grandma in the nursing home. A few years later, I returned for her funeral. The association with Grandma’s last days are sad — but also happy, because the place meant so much to her. And I have to say, I fell in love with Aneta, too. I’m heading back there in two weeks to attend, for my first time, The World’s Largest Turkey Barbecue. Oh, and it’s no normal The World’s Largest Turkey Barbecue, it’s the 50th Anniversary. As my cousin Timmy said to me yesterday on the phone, it is going to be Epic. It is going to be Monumental. 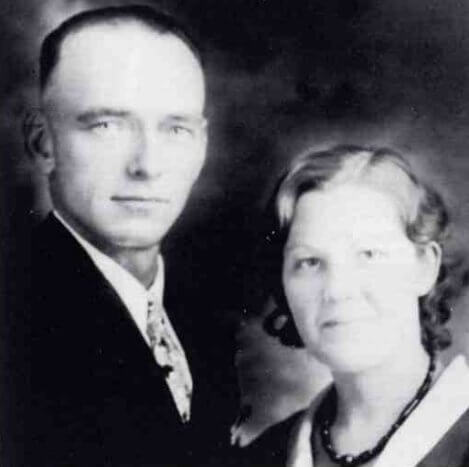 On top of that epic monumentality, we Kuebers are also having a reunion the day after, Sunday, June 20. The photo above is of my grandfather, Aloysius aka Al, and my grandmother Aggie (full name Agnes.) Isn’t my grandfather strikingly handsome? And, my grandmother — she was the most well-tempered, sunny, happy person I ever met. And she cheated at cards. I like to hope I got one smidgen even of her temperament, let me tell you. Anyway, they had eight children… who for the most part all had a bundle of rugrats themselves… so we’ll see how many we get at the reunion. Three of my four siblings will be there, so I am super excited about that, for sure. Also, cousins I grew up with in California and haven’t seen in forever: Timmy, Angie, Bridget. 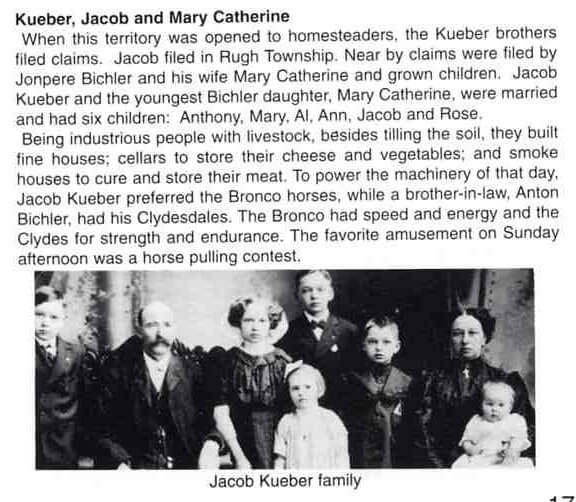 Jacob Kueber was my great-grandfather. The first time I was in Aneta, visiting grandma, I got a personal tour of the historic society museum from a second cousin who runs it. Well, basically, the place is always locked, but if someone has a visitor who want to come in, you call Joann. I think that was her name. I can ask my dad. It’s his cousin, and he went to high school with her. We are related to everybody. Like, everybody. Everybody. My head spins as I try to follow the how-we-are-related-trail, when we meet at the cafe or at the nursing home or at the Legion, and they kindly introduce themselves. And oh, they know who I am, for sure. Word has spread that there are visitors. And it is super important that I say this, and that it is clear: I relay all of these stories with the absolute utmost respect. I love this place. It is the absolute salt of the earth. Even though I have been there rarely in my life, it is a place I really feel connected to. Probably because… it is soooo comforting to be in a place where you are related to everybody. The “clan” instinct = so powerful.  Our world today can be a very lonely and disconnected place, don’t you think. There was something very special about places like this one, and like where my mother grew up, too, in Shenandoah, Pennsylvania. I know that the world had to move on, and there were plenty of traumas associated with small town living, and that there are so many more opportunities today. But still… just like our mid mod neighborhoods, these places had … roots. Anyway… when I toured the historic society museum, I also was able to buy a huge book from when they had the centennial a few years earlier. That’s where the image and text about Jacob Kueber and my  great grandmother Mary Catherine Bichler was featured. I think that’s grandpa standing next to Mary Catherine. Oh, in one of the other articles, it mentioned that Jacob’s brother and his wife lived for a few years in A SOD SHANTY while they worked their farm and raised money to build their permanent homestead. In the winters they went into town. You don’t know what cold is, until you’ve been to Aneta, North Dakota in the winter. 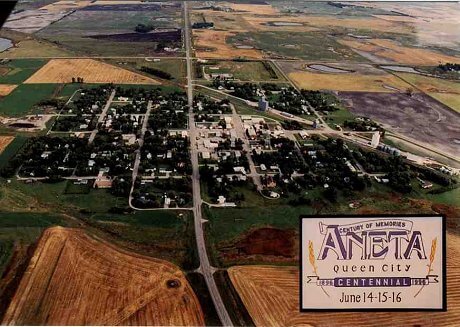 This postcard is from Aneta’s centennial. It is very flat. The land goes on forever. Stand at the end of the road, 10 steps outside Town, and you can see California.

If you happen to be in the neighborhood the weekend of June 19, festivities surrounding The World’s Largest Turkey Barbecue begin Friday night, with the Event All Turkeys Deplore on Saturday. Here is all the info from the Facebook page (of course, there is a Facebook page):