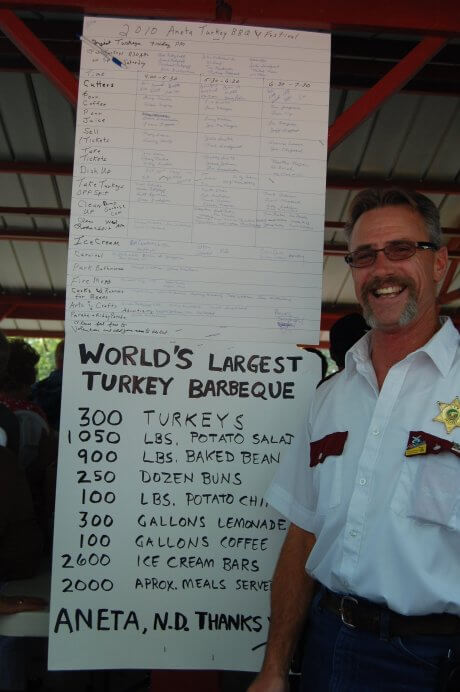 The 50th anniversary of the world’s largest barbecue — which was held in the Kueber stomping grounds of Aneta, North Dakota last weekend — was a blast. I came home with more than 1,000 photos, and am still making my way through them. So today, in this preview report, I’ll just say: It was indeed a Monumental event, as my cousin Timmy predicted. Word on the street was, the town actually had ordered 330 turkeys, but they were shorted some and ended up barbequing 295. And I have this on camera: They came close to running out, with only 10 turkeys left.  Bobby Smith (above) was taking tickets when I made it to the front of the all-you-can-eat line — and I assure you, I made a nice dent in one mighty delicious bird. I’ll dish up more from the bbq — and the family reunion and smalltown USA, too — this week.