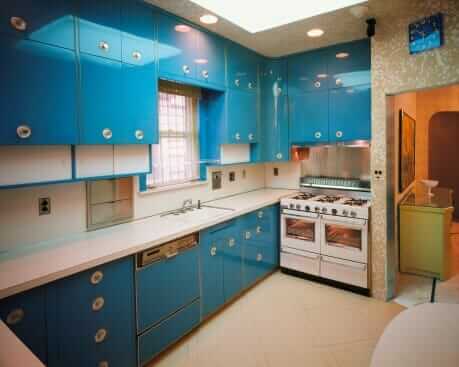 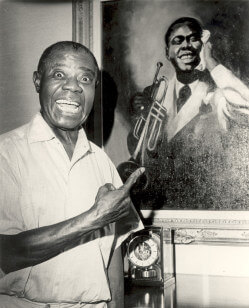 Second in a special series of stories spotlighting historic mid century homes across America that are open to visitors.
Louis Armstrong’s home — with an interior that combines both “modern” and “modest” — is now open to visitors and looks to be well worth a visit.   The house, built by Thomas Daly in 1910, is located in North Corona in Queens, New York.  In 1943, Lucille Armstrong bought the house for her husband as a surprise – at an excellent price of $3500. Although Lucille got a bargain on the house, she and Louis had big $ ideas for the house. First, she bought the home next door and tore it down  so she could create a her giant Japanese garden. Louis had his own ideas as well, like the outdoor bar & grill that is still there today. 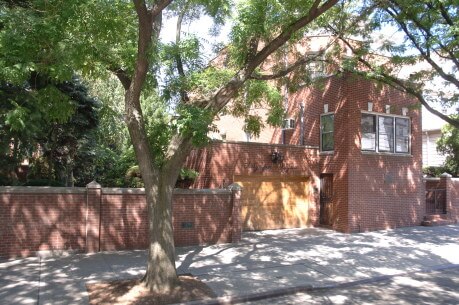 They added a large cornice that sits atop the second floor of their home, then eventually a third floor. 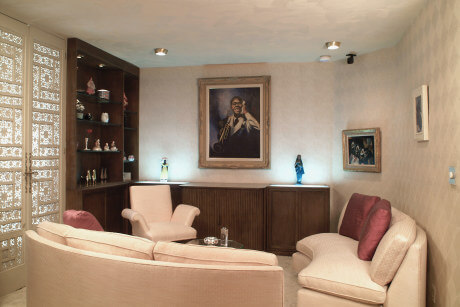 The interior of the home was lavishly decorated with items the Armstrongs had collected from all over the world. Some of the more notable items are a crucifix made by Salvador Dali, which sits in a special religious built- in, and a portrait of Louis by Tony Bennett. There are only two bathrooms in the house. However, they are no exception to the elegant theme — one was featured on an episode of Lifestyles of the Rich & Famous in 1994.. 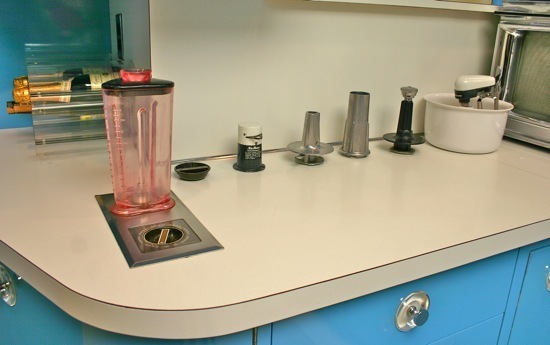 These beautiful steel cabinets were custom made by Kingsway, a firm in Brooklyn. The Armstrongs had all the new technology installed as well, including an unheard of combo stove-oven (brand: Crown) and  innovate built-in appliances like a Nutone food processor, to name a few.. 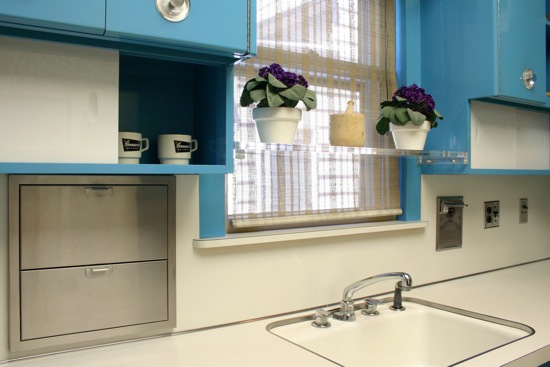 Check out the built in shelving under the cabinets and the acrylic shelf in front of the window. Do you think the window trim was painted to match the cabinets or are they steel covers? Either way it is a nice touch. 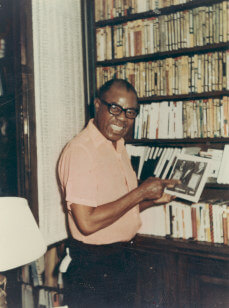 Off the kitchen is the den where Louis frequently used to record his music and hang out with his famous friends. In 1971, Louis passed away while sleeping in the master bedroom. Lucille happily lived in the home for 42 years until she died while attending a ceremony in his honor.

After doing all this research, I wish I would have tried to visit the Louis Armstrong House Museum while I was in Massachusetts with Aunt Pam. It sounds like a lot of fun.

Many thanks to the Museum, and especially to Lesley, who really helped out with the images. And, thanks to Reader Jason, who first alerted us to this house based on the article on AT: The Kitchn.