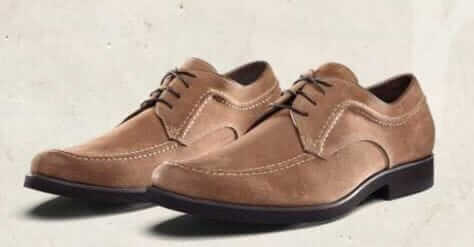 Thanks to Bob, from Zeeland, Mich., who sent the tip that Hush Puppies has reintroduced shoes from its original 1958 line. I did some more research, and learned that this reintroduction is all the more noteworthy because Hush Puppies is credited with introducing the first line of “soft, suede casual” shoes in America, in 1958.

Wolverine — the company that created the Hush Puppies brand — had previously been known for their “1,000-mile shoes” made of… horseskin. I guess that’s what shoes used to be made of! But after pioneering the tanning of pigskin for military gloves for WWII, the Wolverine engineers came up with a breakthrough that enabled them to use pigskin in its soft suede version for shoes. America loved this new leather. I guess all those “hard shoes” were kind of restrictive. By 1963 one in ten Americans had a pair of Hush Puppies… a more casual shoe for an increasingly casual American suburban lifestyle. 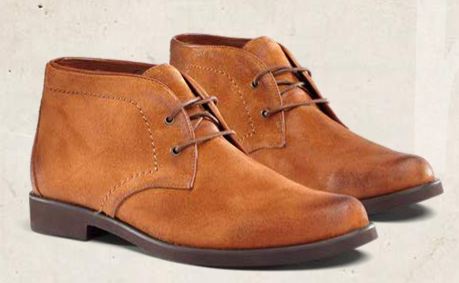 Today — it looks like there are four styles each for men and women reintroduced from the 1958 line. I put a question into the PR firm a few days ago, but have not received a response yet. I’ll let you know if I hear anything more. It’s also cute that the company seems to be “touring” the new/old line in a refurbished 1958 Airstream trailer. Link: Hush Puppies 1958 line.

Below is an excerpt of the Hush Puppies timeline, from the corporate website. And it’s interesting to read more history on Wikipedia, which reminds us that “barking dogs” once meant “sore feet”… explains how Hush Puppies purportedly saved Keith Richards’ life… and notes why Malcolm Gladwell put HP’s in his book, Tipping Point.

1946 – By the end of the war, Wolverine engineers had created a new leather: pigskin suede, and built a factory to produce it.

1952 – With horses disappearing from the American landscape Wolverine searched for new ways to use pigskin suede. G.A. Krause’s son, Victor led the race.

1957 – A breakthrough came; the creation of soft, suede casual shoes. America would not be the same. Hush Puppies was born.

1958 – Hush Puppies shoes got their name from a treat Southerners used to quiet their barking dogs.

1959 – Wolverine launched the Hush Puppies brand with a heavy marketing and advertising campaign. V. Krause is believed to have said, “There is some promise here.”

1963 – Sales of Hush Puppies shoes went through the roof. One in ten American adults now owned a pair of “Hush Puppies”.