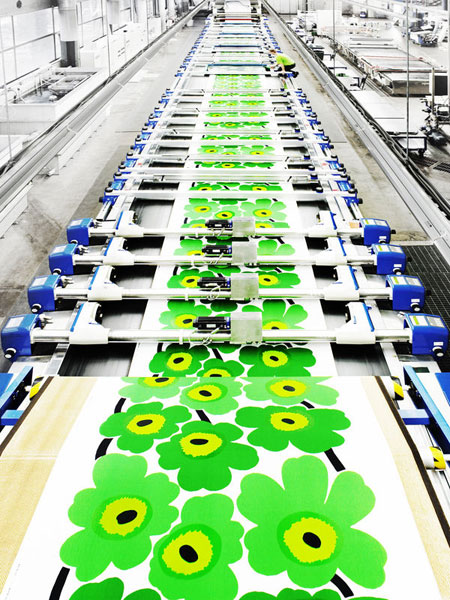 Is Marimekko hot? Yes, so much so that they just recently tripled their fabric production capacity in Finland. Yay for Marimekko — more popular today than ever (like all we mid mod mad folk).  Marimekko also has introduced 15 new fabrics for Spring 2011, including a number of re-issues from original designs from the 1960s and 1970s. You know I like original-vintage the best.  Onward to see some of my favorites -> 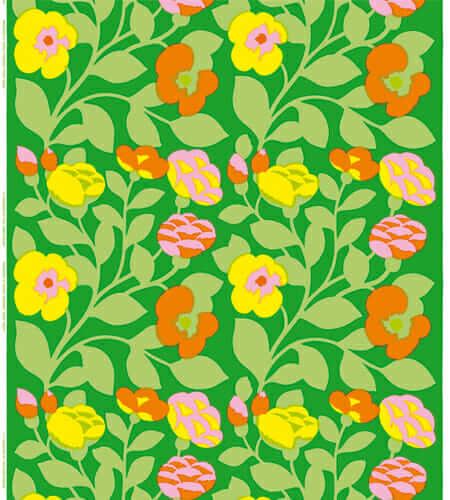 Wow, I had this major flashback in the millisecond when I first saw this fabric: Marimekko’s Green-Green fabric, created in 1975 by Japanese designer Katsuji Wakisaka. This design looked immediately familiar to me — I grew up in the 1970s, and it must have been everywhere. Indeed, Marimekko says that Wakisaka’s “refreshing take on color, basic illustrative technique and inspiring imagery produced popular patterns which helped revitalize the Marimekko brand during the 1970’s.” 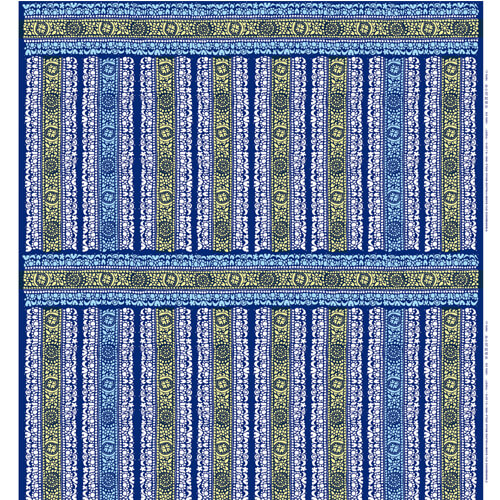 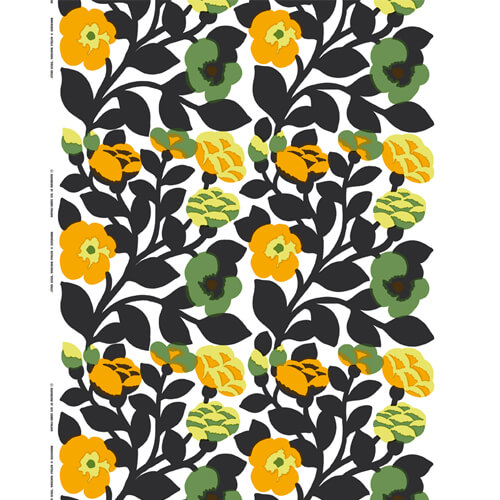 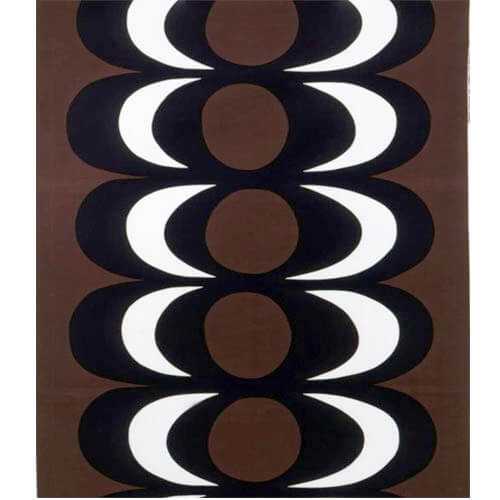 Marimekko’s Kaivo, originally issued in 1964, is available in three colorways, including this one in brown (above), as well as others in red-black-white and black-and-white 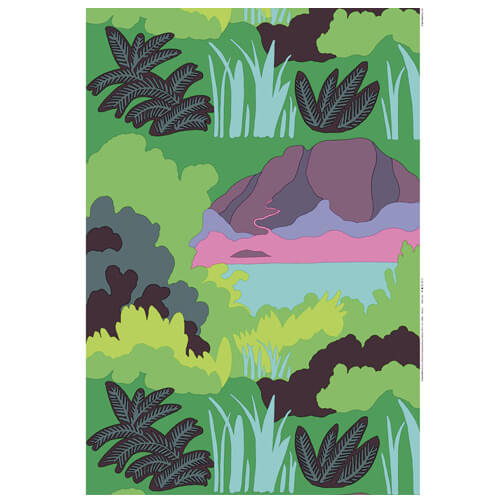 Marimekko Sola originally was issued in 1977… 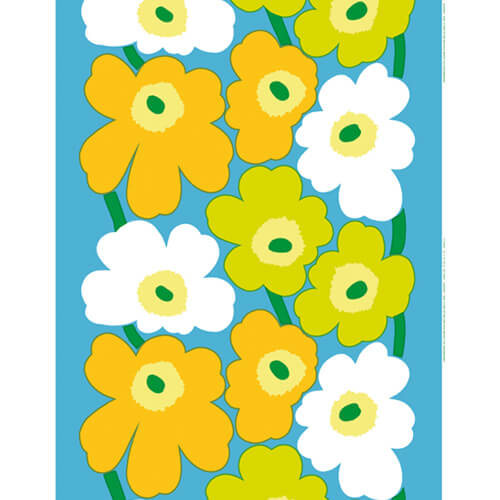 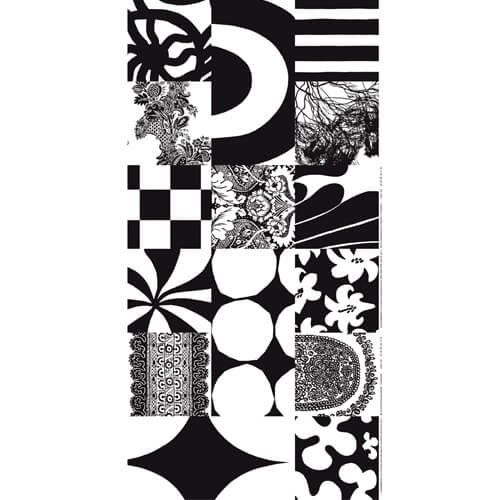 And this fabric, Ydessa, is a special compilation of several famous design — a modern patchwork created as part of Marimekko’s celebration of their 60th anniversary this year.