You are here: Home / Mid Century Culture / postwar culture / Postmodernism and how it influenced 1970s and 1980s interior design — I look to the V&A’s new exhibit 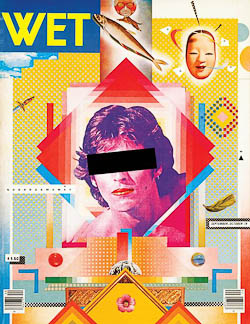 Wet: The Magazine of Gourmet Bathing no. 20, the 'Religion' issue September/November 1979 Edited by Leonard Koren. Design by April Greiman in collaboration with Jayme Odgers

Lucky that the blog is called “Retro Renovation” rather than “Mid Century Modern Whatever,” because, according to the academe, the 1970s love train jumped the “Mid Century Modern” rails and sped down the “Postmodern” track. Now I need to understand the difference between the two, and lucky for me, the Victoria & Albert — fantastic museum! — has launched a new exhibit, Postmodernism: Style and Subversion 1970 – 1990, that enables us to begin to differentiate. Interestingly, the V&A’s materials immediately point out: “This era defies definition….” Their online and press writeups offer some basic starting points, though, for understanding some of the key tenets of Postmodernism, and the context they provided for 1970s and 1980s interior design and architecture –>

Some of the text from the V&A materials that are most relevant to home design, I think:

…. Of all movements in art and design history, postmodernism is perhaps the most controversial. This era defies definition, but it is a perfect subject for an exhibition. Postmodernism was an unstable mix of the theatrical and theoretical. It was visually thrilling, a multifaceted style that ranged from the colourful to the ruinous, the ludicrous to the luxurious.

…. What they all had in common was a drastic departure from modernism’s utopian visions, which had been based on clarity and simplicity. The modernists wanted to open a window onto a new world. Postmodernism, by contrast, was more like a broken mirror, a reflecting surface made of many fragments. Its key principles were complexity and contradiction.

…. The exhibition explores the radical ideas that challenged the orthodoxies of Modernism; overthrowing purity and simplicity in favour of exuberant colour, bold patterns, artificial looking surfaces, historical quotation, parody and wit, and above all, a newfound freedom in design. Many modernists considered style to be a mere sideshow to their utopian visions; but for the postmodernists, style was everything.

…. The 1960s and 1970s saw widespread experimentation with architectural styles from the past. This tendency was attacked by hostile critics as a retreat, as pastiche or as merely ironic. But historicism could be radically expansive and optimistic, or inspired by an elegiac sense of the past that modernism had excluded. Postmodernism lived up to its central aim: to replace a homogenous idiom with a plurality of competing ideas and styles. 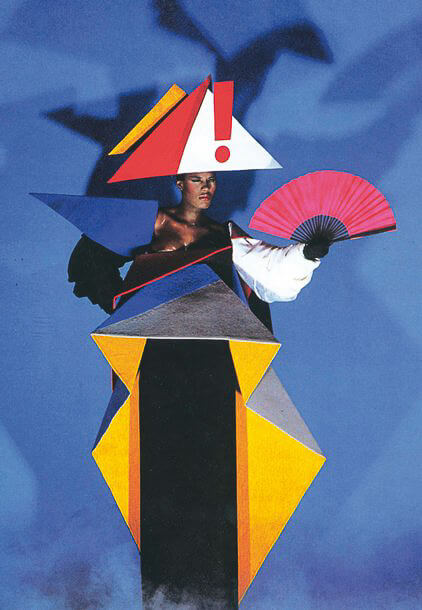 How Postmodernism translated to 1970s and 1980s interior design

Of course, what I am most interested in, is how this all this thinking then translated to the consumer culture, especially house architecture and “1970s and 1980s interior design”. Reading the V&A materials it seems pretty clear that postmodernists were challenging the minimalist lines of mid century modern furniture. For all intents and purposes, mid century modern also demanded a lack of ornamentation when it came to accessories — and the postmodernists eschewed this idea. Sounds like postmodernists also disagreed with the idea that their was one “American way” of life. So: Eclecticism… even, “disorder”. Relatedly, another design trend that re-entered the scene: Historicism. In the immediate post-World War II period, the design world was all about abandoning European precedents and establishing a homegrown American design look. In the 70s, neo-Victorian reentered the scene; this seems to be a ‘postmodern’ idea. 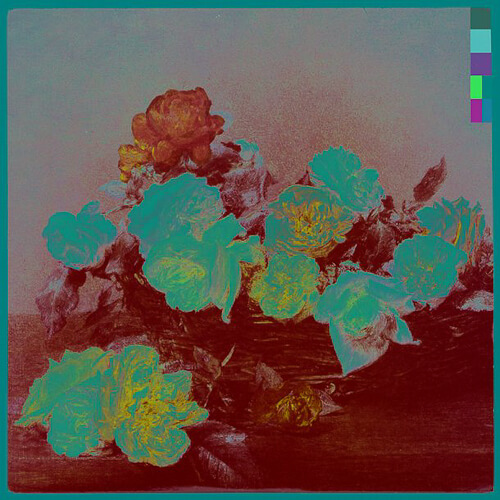 The V&A’s major autumn exhibition is the first in-depth survey of art, design and architecture of the 1970s and 1980s, examining one of the most contentious phenomena in recent art and design history: Postmodernism. It shows how postmodernism evolved from a provocative architectural movement in the early 1970s and rapidly went on to influence all areas of popular culture including art, film, music, graphics and fashion. Professor Martin Roth, Director of the V&A, said: “It feels right to hold this exhibition now, 40 years on from when the first ideas of what we now know as Postmodernism emerged.”

Postmodernism: Style and Subversion 1970s – 1990 brings together over 250 objects across all genres of art and design, revisiting a time when style was not just a ‘look’ but became an attitude. On display are the subversive designs of the Italian collectives Studio Alchymia and Memphis; graphics by Peter Saville and Neville Brody; architectural models and renderings including the original presentation drawing for Philip Johnson’s AT&T building (1978); paintings by Robert Rauschenberg and Andy Warhol; Jeff Koons’ stainless steel bust of Louis XIV (1986); performance costumes including David Byrne’s big suit from the documentary Stop Making Sense (1984); excerpts from films such as Derek Jarman’s The Last of England (1987); and music videos featuring Laurie Anderson, Grace Jones and New Order.

The exhibit runs from 24 September 2011 – 15 January 2012.
Supported by the Friends of the V&A
With further support from Barclays Wealth