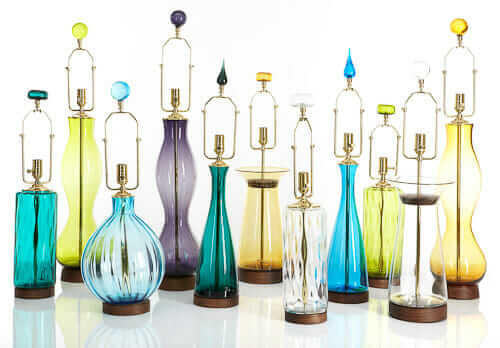 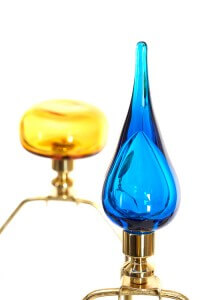 I just read an Associated Press story about what’s hot this fall in home decor — American Vintage … Midcentury Modern … and Graphic Modern are three of six trends profiled — retro remains pivotal! — and I also saw in the story that Rejuvenation this fall will introduce a new line of Blenko glass table lamps. And — they look to be in some of our favorite colors: A cobalt/peacock blue… avocado green… and amber. The line includes two reproductions of Blenko Glass lamps — the Cylinder and the Round — introduced between 1947 and 1953 Blenko Design Director Winslow Anderson. The Carafe lamp (the one in the center?, I think — and my favorite) is based on the Blenko 920 decanter also introduced in the ’47-’53 time frame. The other two designs in the Rejuvenation collection — the Wave and Flare lamps — were introduced between 1953 and 1953 by Design Director Wayne Husted. 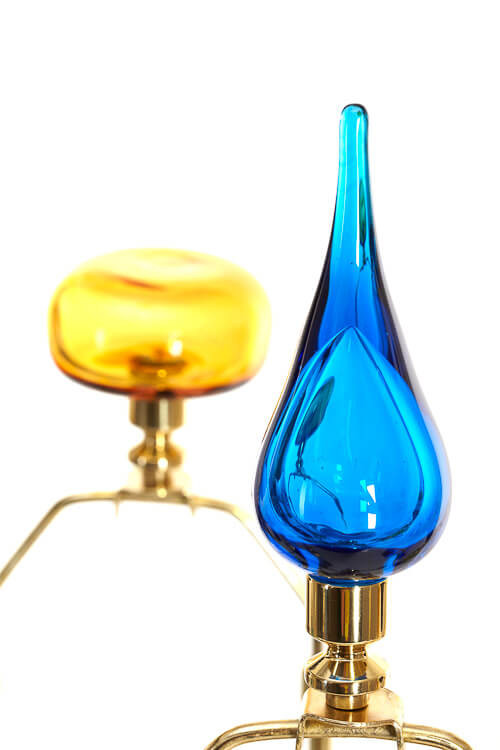 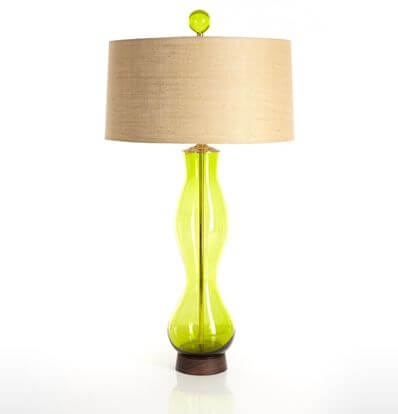 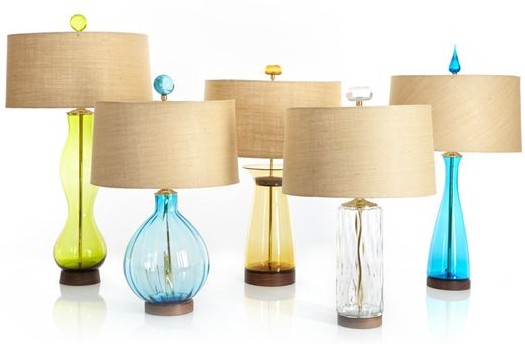 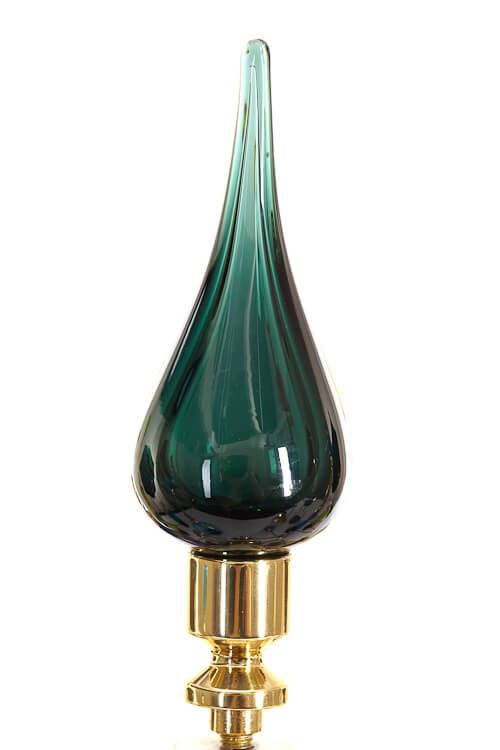 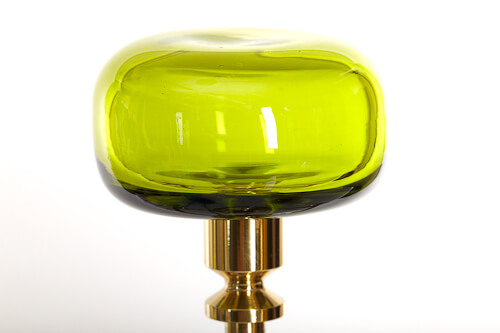 In all, Rejuvenation says, there were 170 pieces of decorative Blenko glass introduced into the marketplace between 1947 and 1953… and another 500 pieces between 1953 and 1963. Funny, I was just talking about seeing Blenko glass everywhere at the antique shops when I visited Florida recently. So very I Dream of Jeannie.

Here is the info I just received from Rejuv:

Rejuvenation, known for its historically accurate, American-made ceiling and wall-mount fixtures, is adding a new lighting category to its assortment: table and floor lamps. For the first two groups of what will become an expansive offering, Rejuvenation has partnered with the historically significant original manufacturer Blenko to recreate their designs.

First as Eureka Glass Company and later as Blenko Glass Company, the Blenko family has been making translucent colored glass by hand in Milton, West Virginia, since 1921. The company’s tableware – vases and decanters – formed the basis for its first line of lamps in 1950. The lamps’ bold colors, large scale, and sensuous shapes were a hit among young, modern homeowners of the time. Rejuvenation believes in their relevance and appeal for today and forged a partnership with the glass manufacturer.

The Blenko assortment includes five mid-century glass table lamps. Each handcrafted lamp has its own distinct shape (Cylinder, Round, Flare, Wave, and Carafe), offered in a variety of vibrant colors. What were originally decanter stoppers are used as decorative finials (a Blenko hallmark). The lamps also include an adjustable harp, sustainably harvested Eastern walnut wood base, and drum shade in burlap, black linen, or ivory linen. Prices begin at $450.

The Blenko pieces are produced using traditional glassmaking methods and proprietary formulas, bringing back some colors that haven’t been made in several decades. A six-person team crafts every glass vessel by hand, mixing sand and minerals, blowing the form into a mold, and perfecting the final shape. It is a labor-intensive process, which results in a spectacularly colored, finely proportioned lamp body. Rejuvenation then wires, assembles, and finishes each lamp by hand in its Portland, Oregon facility.

Rejuv says these will be available mid-November 2012. No info yet on pricing. 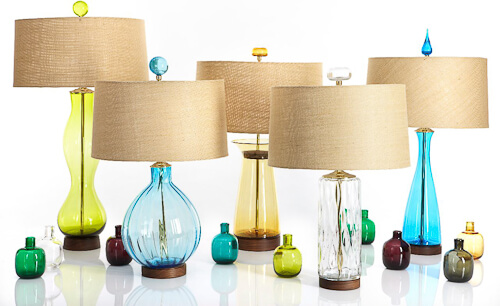 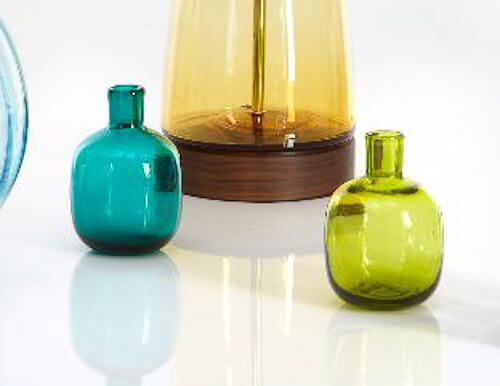 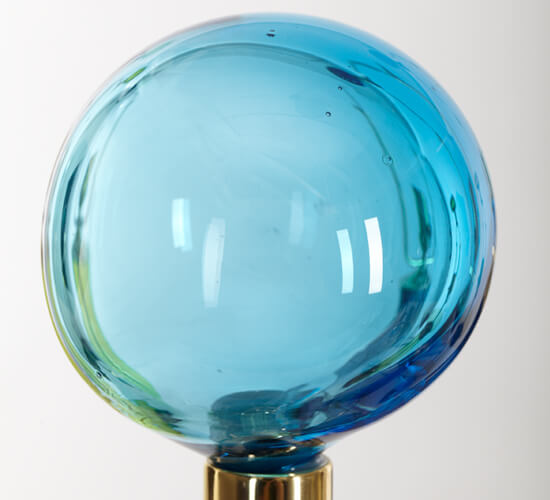 Another very cool detail from these lamps: The Blenko finial on the top. I luv.

Link: For now, only teaser photos of Blenko lamps from Rejuvenation.