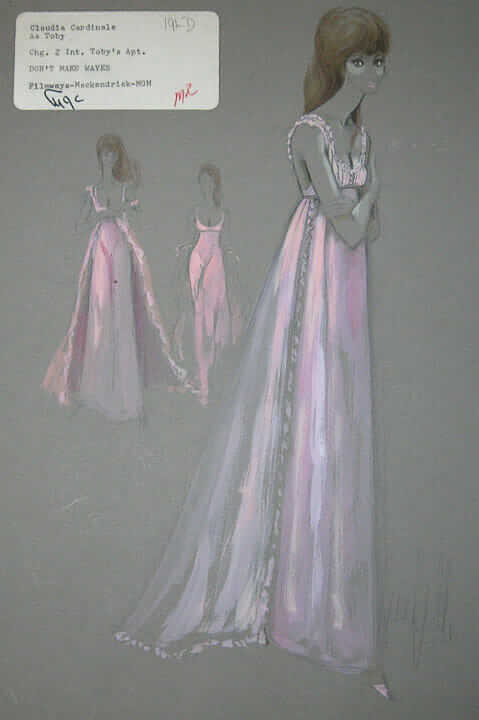 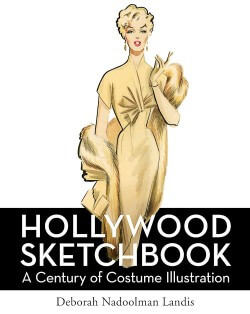 Oh, how I love a story that started out on the blog blossoms into another happy ending. Back in October 2010, we featured reader David’s valuable estate sale find — 10 original costume sketches by the designer Donfeld. These were designed for actress Claudia Cardinale to wear in the 1967 movie Don’t Make Waves. Two months later, I received an email from a research at UCLA, who had seen the story, and who wanted to connect with David. Why? For a book on Hollywood costume design — Hollywood Sketchbook — which now has been published.

The author — Deborah Nadoolman Landis — has major cred: She was a Hollywood costume designer (e.g. Raiders of the Lost Ark) and now is chair of UCLA’s costume design center. I only have one small quibble: The website promo materials say:

Not so, quite — we saw these vintage Donfeld sketch here first. 😉 Congratulations again on your spectacular find, David — for recognizing their value — and for sharing them with the costume design world.