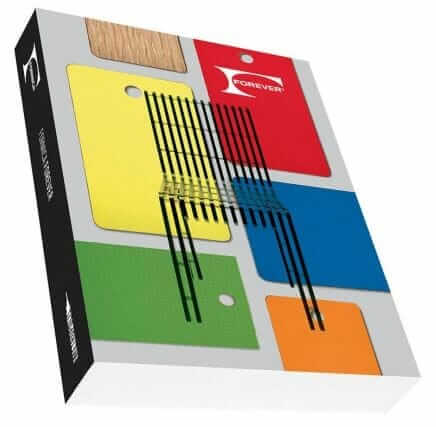 It’s Formica’s 100th anniversary this year. In January, we saw the anniversary design collection. Now, the purty looking book is out. It promises “more than 400 images — including advertisements, logos and product swatches organized by color. It’s modeled after a Formica® laminate swatch book from the 1960s, features three historical essays, and comes in an easy-to-read size. It looks like the book can be pre-ordered on Amazon for delivery Sept. 30:

Following is Formica’s news release about the book:

“The Formica® brand has touched every aspect of our lives each and every day, surfacing millions of spaces in which we gather, work, learn, heal, shop, eat and play,” noted Mark Adamson, former CEO of Formica Group and current CEO of Fletcher Building, parent company to Formica Group. “Many people have grown up with the Formica® brand, and this book encapsulates the company’s influence in interior design as well as its struggles and perseverance to remain a viable business through changing ownership, global expansion and the changing landscape of the surfacing market.”

Designed by Abbott Miller, a partner in the renowned international design consultancy Pentagram, the 408-page, 6.5″ x 9.5″ book contains more than 400 images and is modeled after a Formica® brand laminate swatch book from the 1960s. “We didn’t want a cumbersome coffee-table book; we wanted to create something celebratory rather than grandiose, authoritative but also lively,” Miller said. The book is published in collaboration with Metropolis Books and will be available in early August at bookstores worldwide as well as online.

In addition to creating the book, Pentagram’s Miller and partners Michael Bierut and Daniel Weil collaborated on the anniversary brand elements, the Formica® Laminate Anniversary Collection and the anniversary display concept.