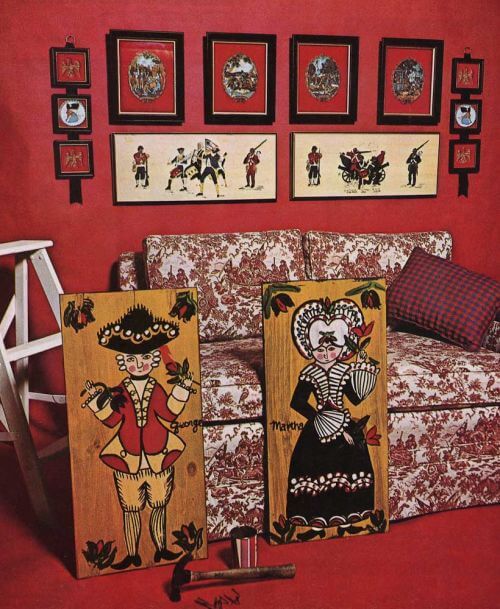 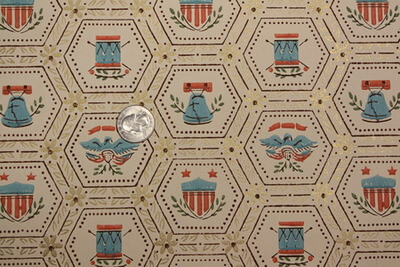 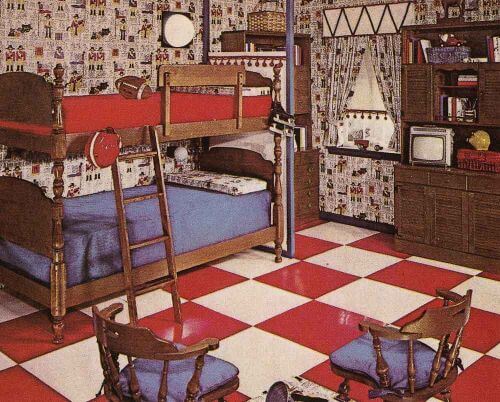 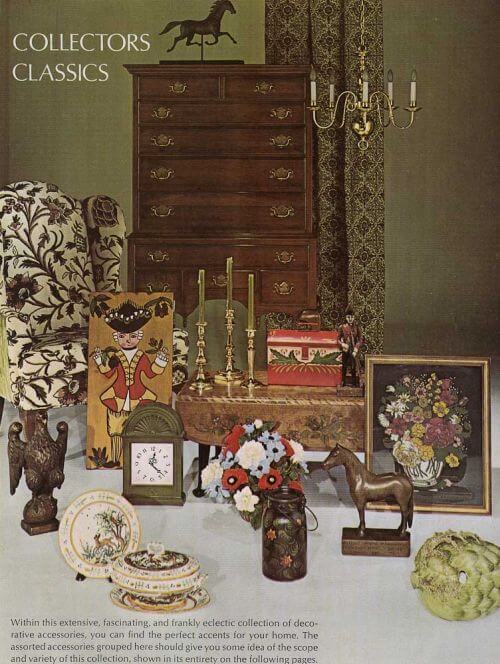 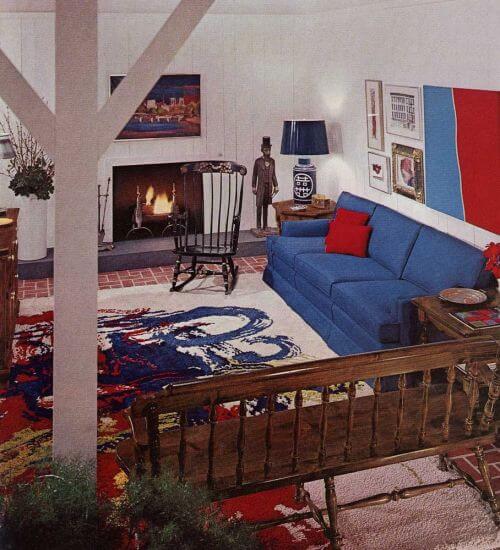 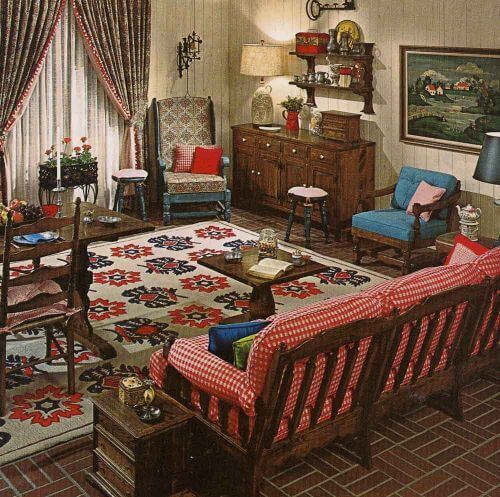 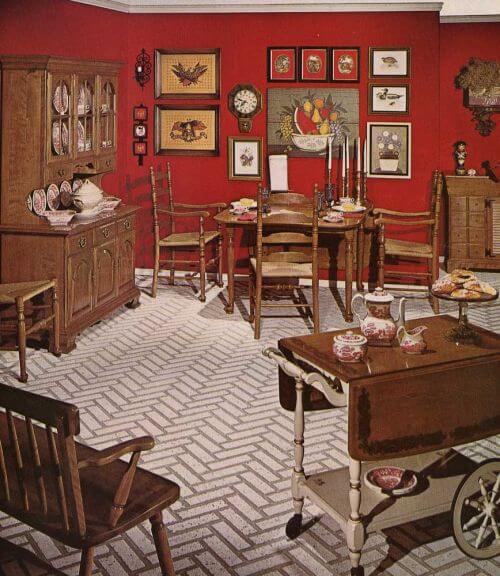 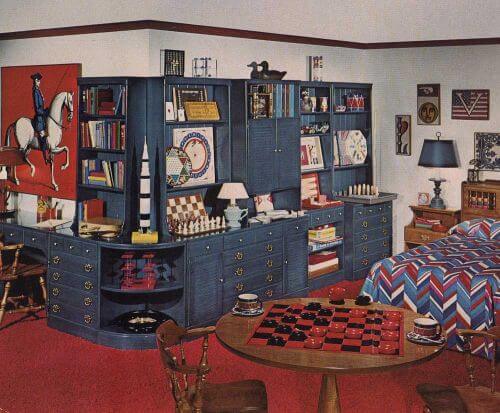 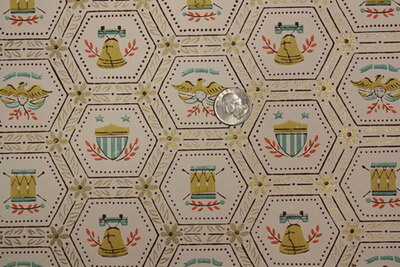 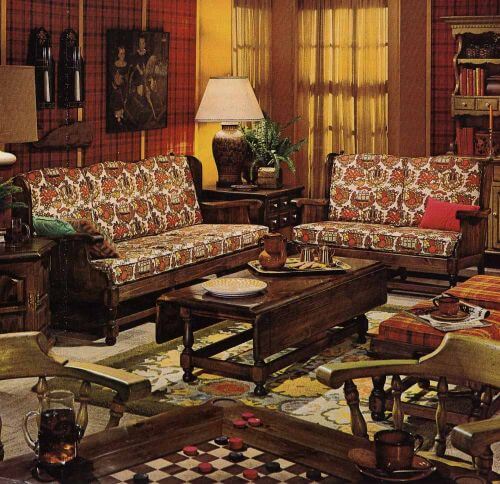 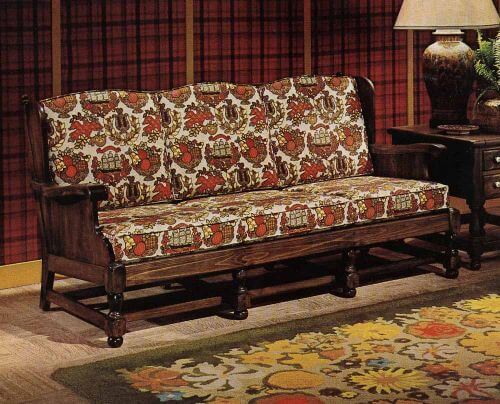 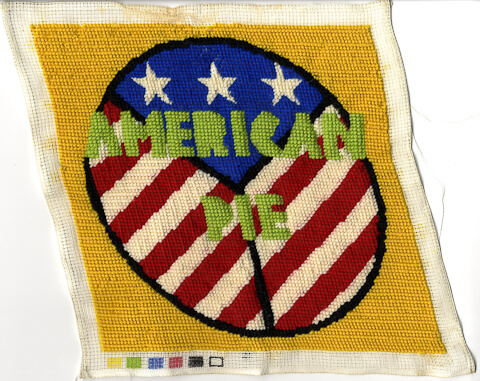 I made this pillow when I was a teenager in the 1970s. 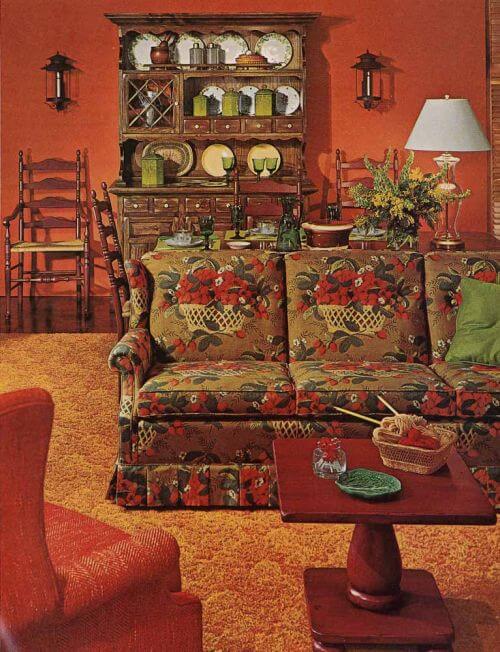 This room — Ethan Allen Edition 70 catalog — is my personal favorite of the bunch. Such pleasing color harmony! But then, burnt orange is my favorite color. 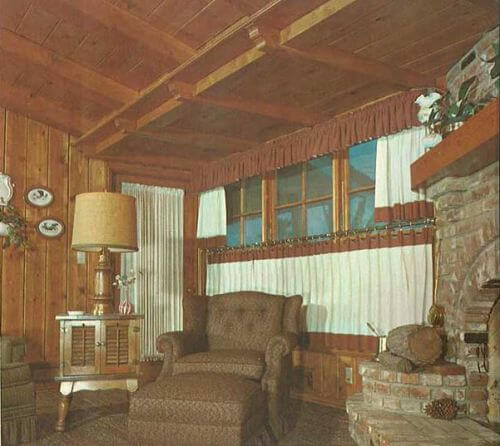 No, this is not a 1970s interior. It’s from 1960. Early American style was popular for a longgggg time in America. 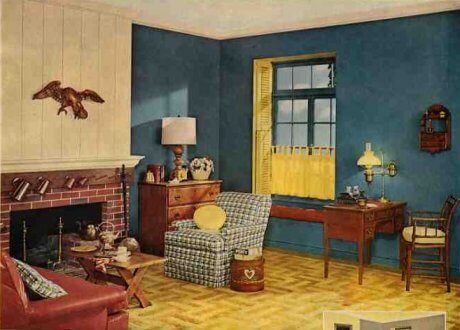 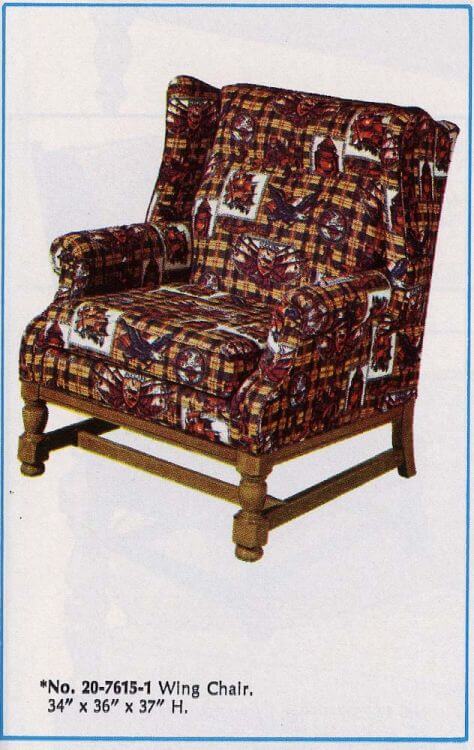 Mid-70s Ethan Allen. FOR SURE my grandpa had a recliner upholstered in fabric like this! 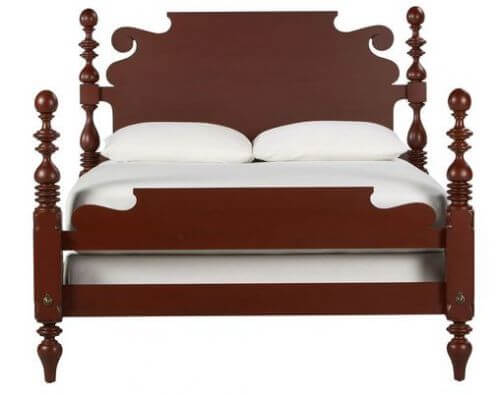 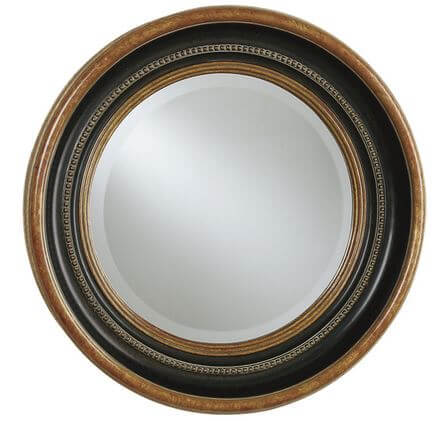 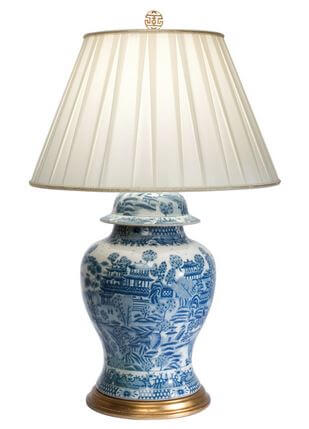