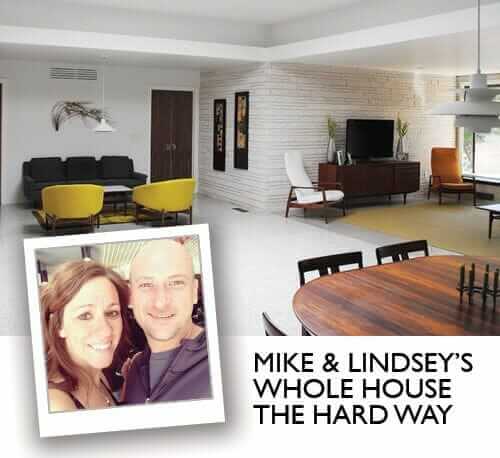 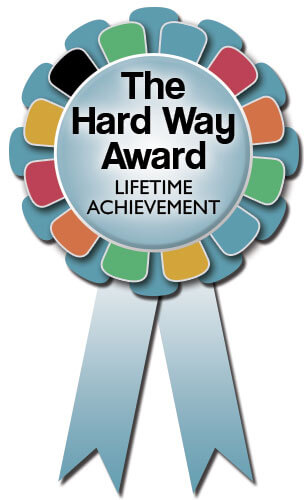 Mike and Lindsey, did you think that we forgot you, when we announced the our The Hard Way Awards for 2014 Kitchen Remodel and Bathroom Remodel? No way! We saved you up so that we can honor you with our first-ever Retro Renovation The Hard Way Award – for Lifetime Achievement. Longtime readers will of course recognize Mike and Lindsay, they are avid mid-century enthusiasts — and they have spent a lot of time contributing to this blog… to this community, via their remodeling projects since 2012.

Truly epic, in 2014 they purchased and renovated a 1964 Edward Durell Stone “House of Good Taste.”

Some photos from that project… which included restoring original terrazzo flooring in the living room and dining room… installing poured concrete floors in adjacent spaces… gut-remodeling the kitchen… and creating gorgeous wood doors and shelving: 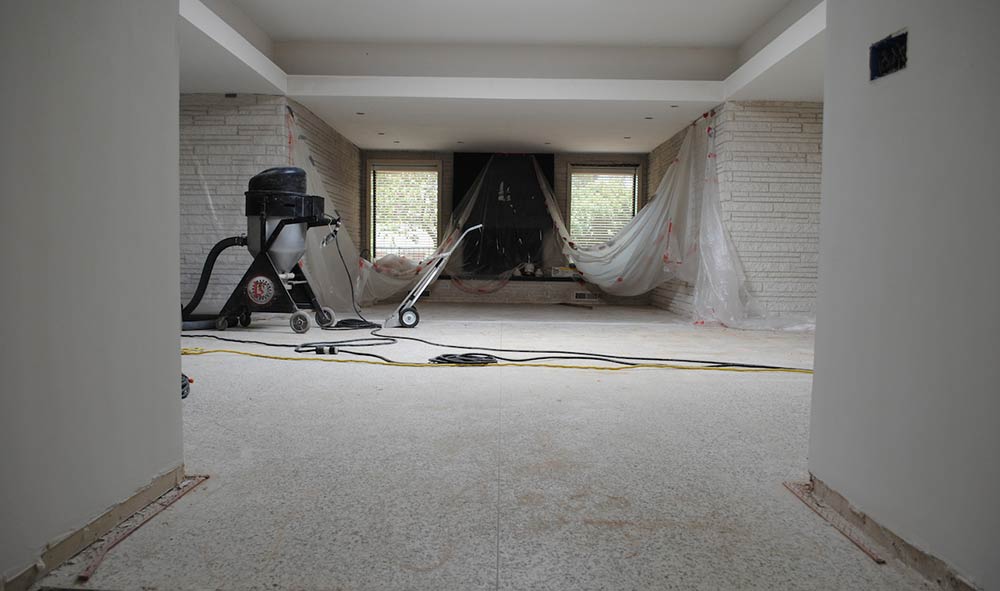 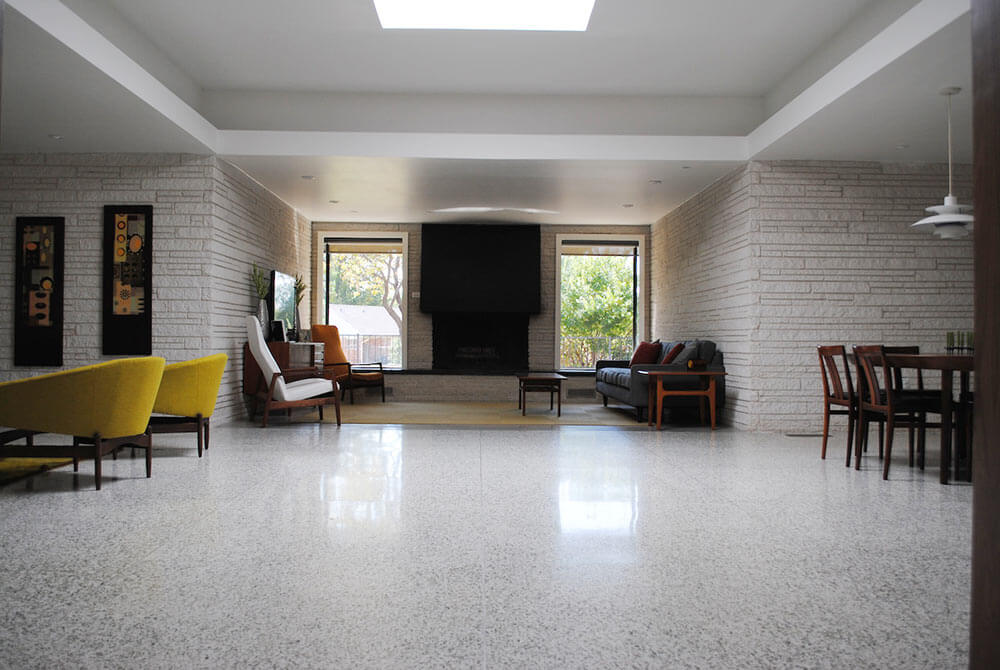 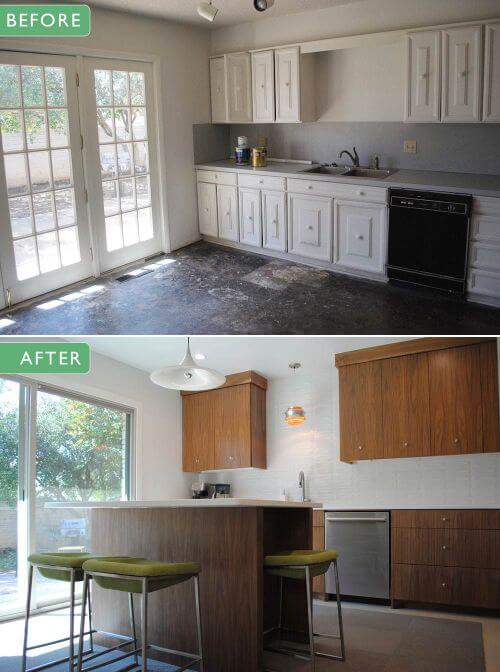 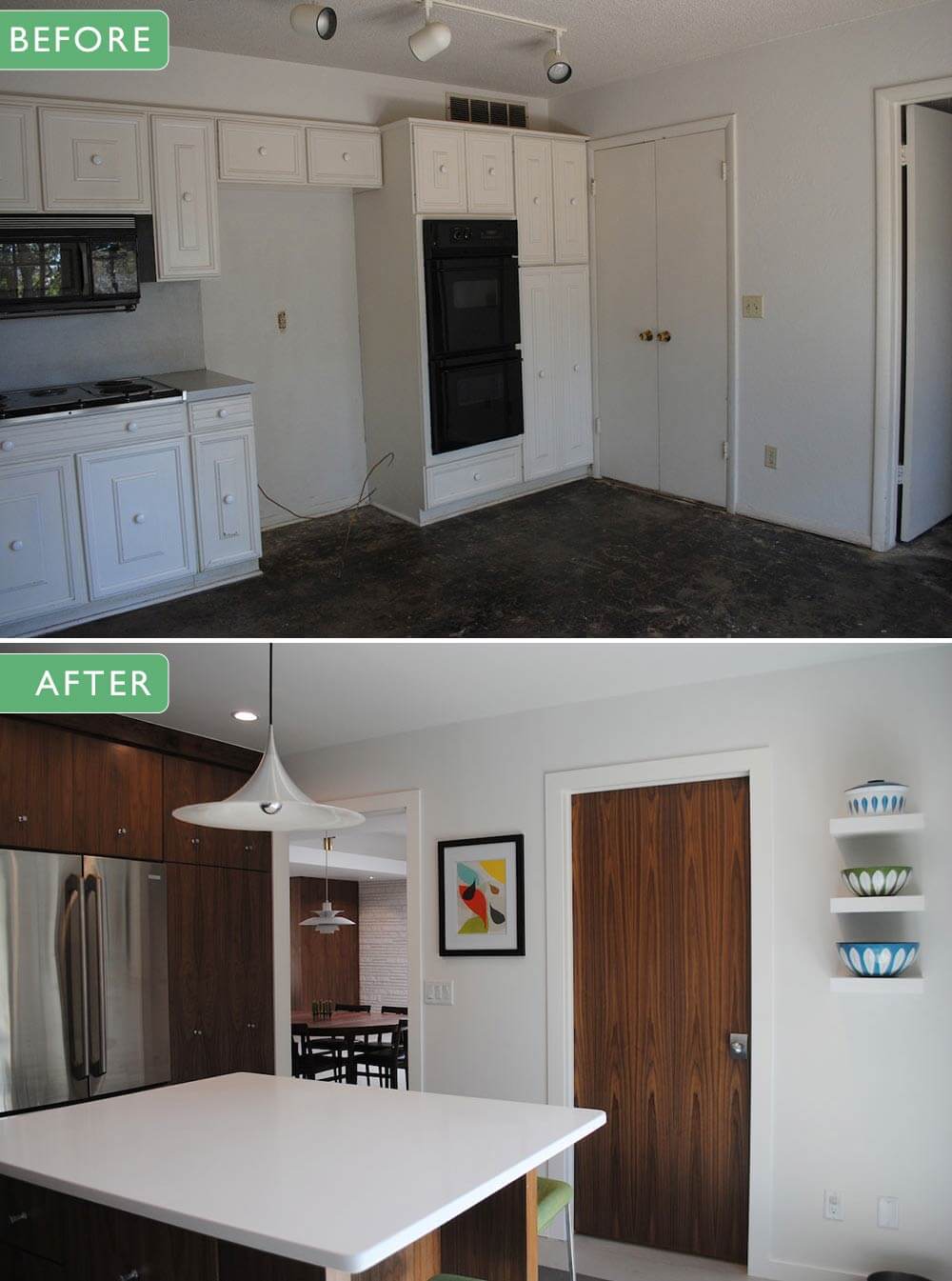 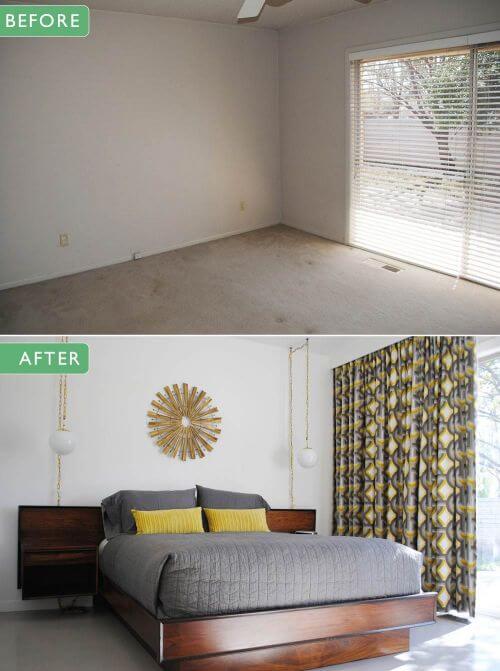 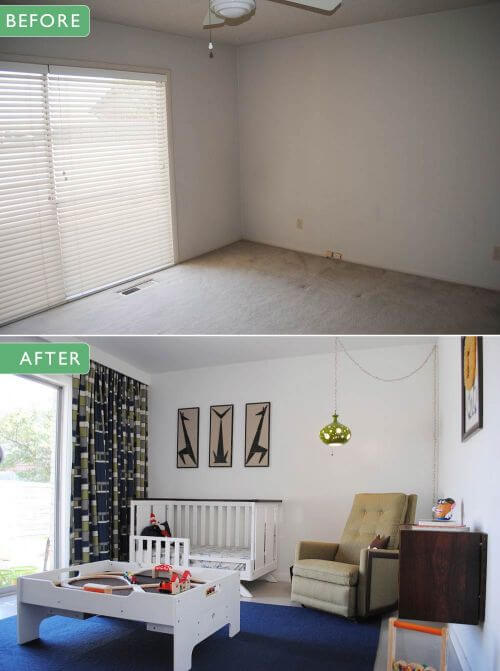 Mike and Lindsey have been with us since 2012, thought. They were first bit by the bug — by pink bathrooms, of course! 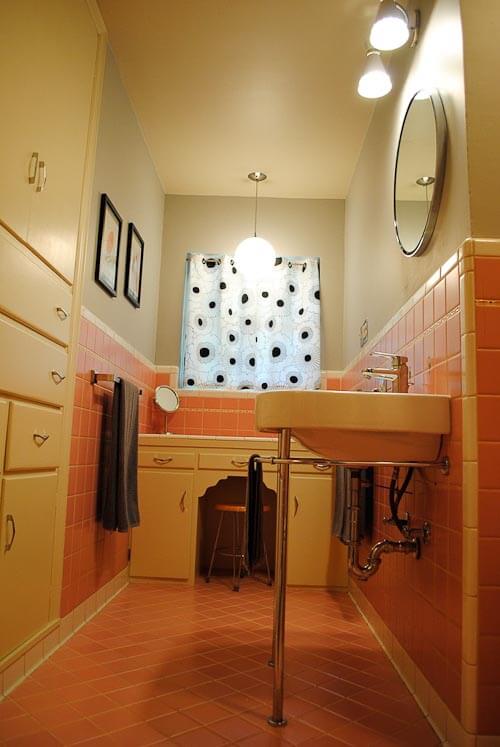 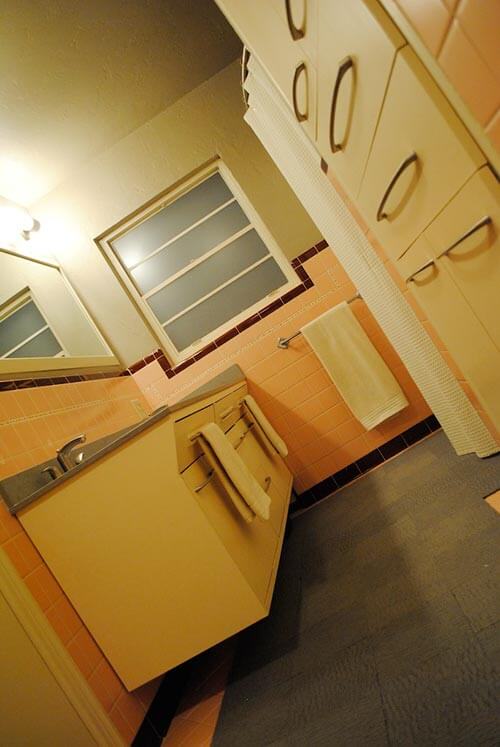 Congratulation and thank you again, for all your generous contributions to the blog! xoxo