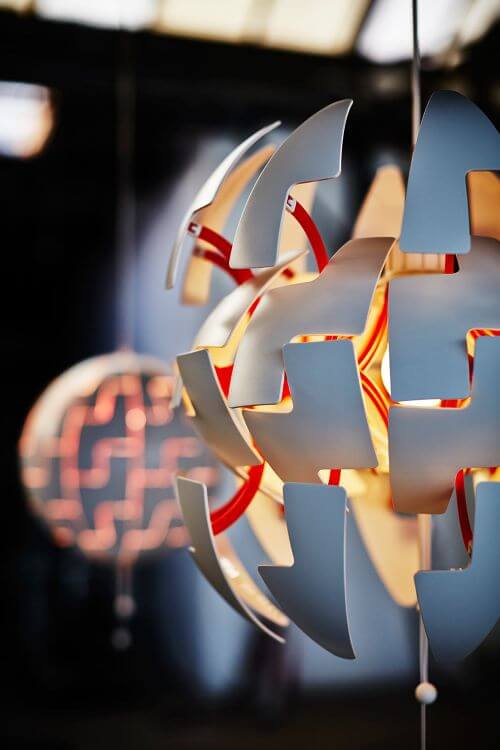 It’s a nearly three-hour drive for me to an Ikea, and I made a rare trip recently to buy a carload full of Trofast shelving for another work-area project in my office. Plus, I thought I’d scope out Ikea. Of course, it was all great fun! There was lots to love — but hands-down, the product that stood out the most during my entire visit: The Ikea PS 2014 pendant light. This. Light. Is. Awesome. I was really blown away. This story is a love letter to the Ikea PS 2014 pendant light — with lots of dreamy glowy photos provided by the company. And, come back tomorrow — because Ikea also provided a light for a giveaway.

Pictures tell the story pretty well, so to start, lookie… 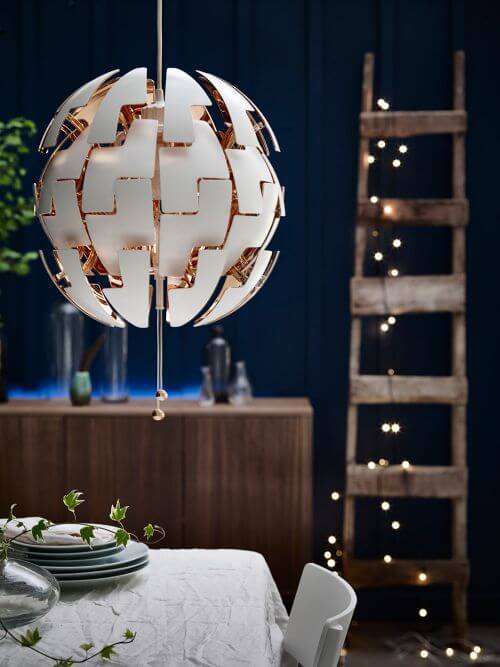 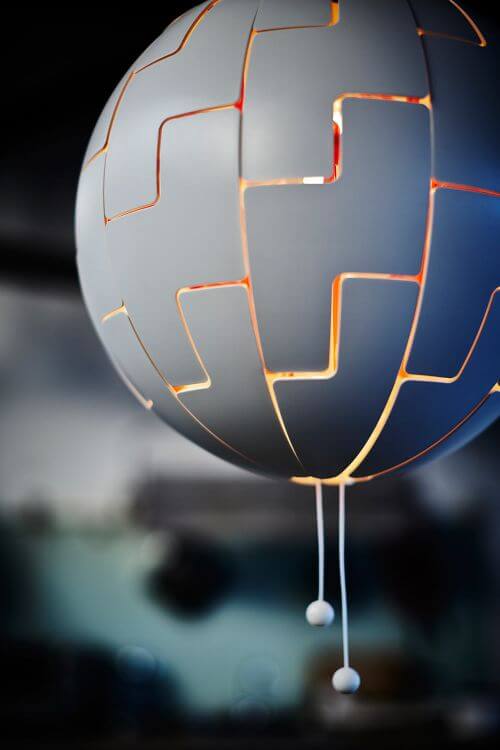 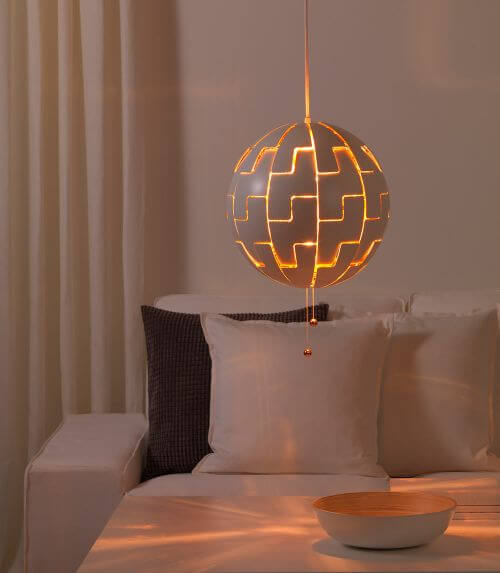 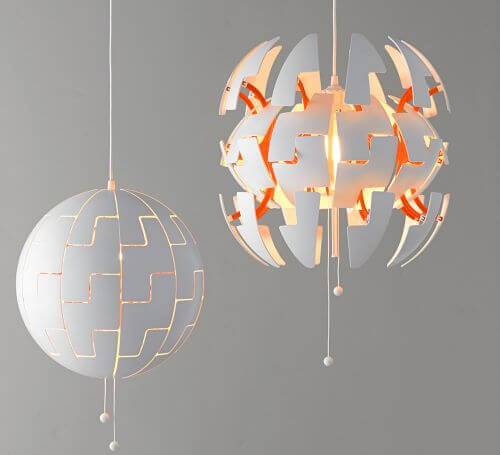 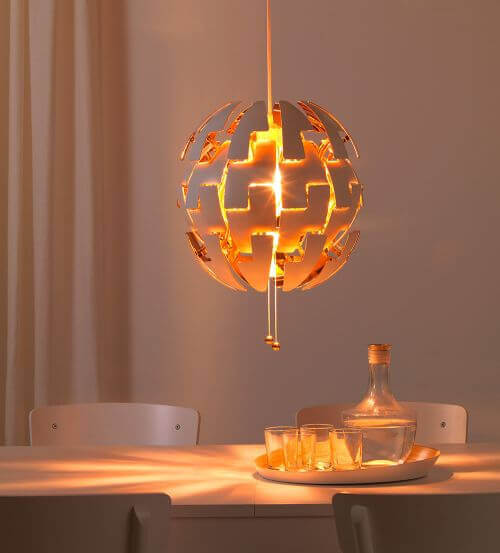 Honestly, these gorgeous photos from Ikea don’t even capture how beautiful this light is in person. And it’s relatively big — 14″ in diameter closed, even bigger when opened – so quite a statement …. And — it’s relatively inexpensive! That’s a potent combination, for sure. I know this is a retro blog, and I don’t think it’s correct to call this a retro light. But hey, “science fiction movies” maybe gets you into that territory. Plus, it reminds me of something that Buckminster Fuller would have designed — geodesic dome-ish. 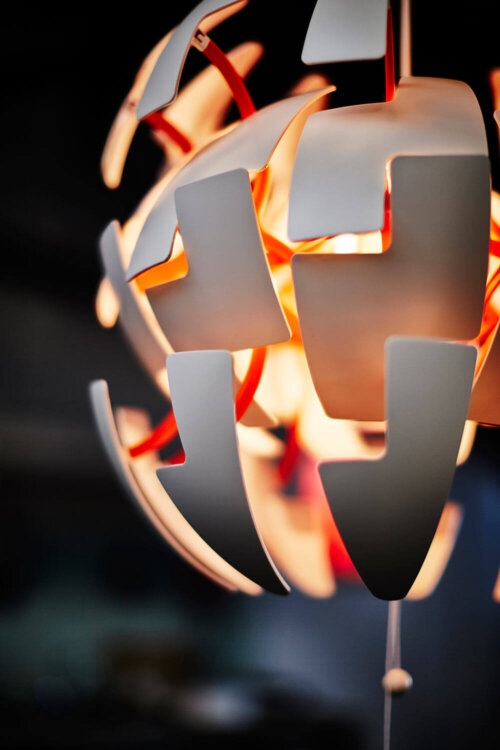 It seems like the “signature” color of this pendant light is orange. Designer David Wahl explained:

“When the lamp is closed it resembles a ball of fire, with the color of the arms creating an exciting light.”

His full statement of intent, which also explains how you can control the light emitted by opening and closing the plastic arms:

Designer thoughts
“The idea behind IKEA PS 2014 pendant lamp is to be able to dim the light manually by changing the shape of the shade. When the lamp is closed it resembles a ball of fire, with the color of the arms creating an exciting light. When you pull the string the lamp opens up and releases all the light. My inspiration came from science fiction movies and video games, which I like a lot. And even if the lamp stands out visually, it doesn’t take much room – perfect for anyone who lives in a small space.”
Designer David Wahl

Note, while the whole thing is plastic, I didn’t think it looked “cheap” at all — it looked great.

The light also now comes in other colors, and they are nice enough. But I’d go for the orange — they had me at “the ball of fire within”. 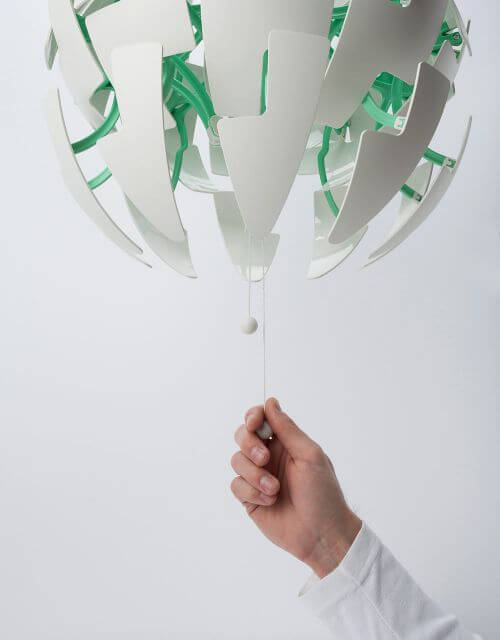 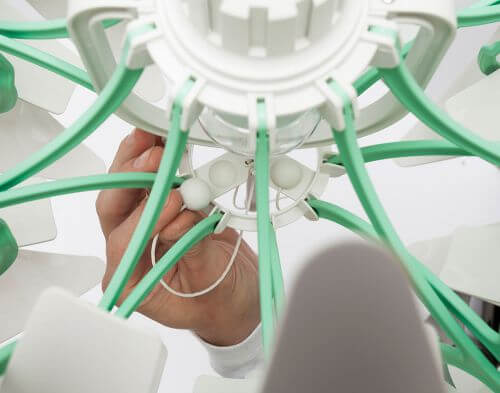 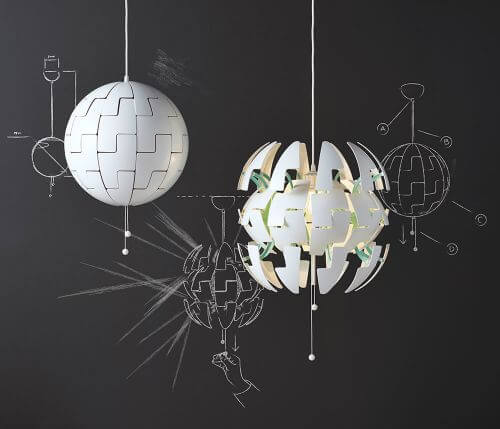 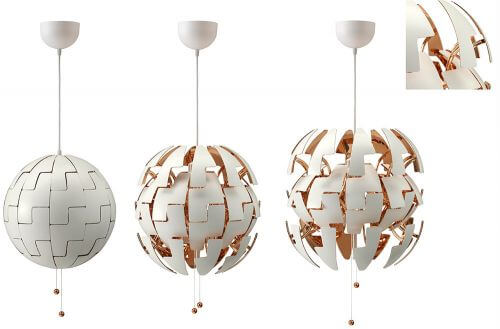 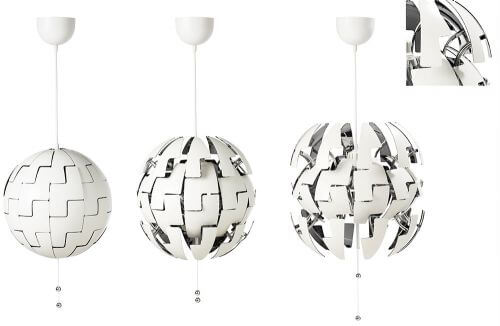 Admission: I didn’t buy one, because I am really trying to stop buying things I have no place for and because I already have a vintage lighting store in my attic, BUT, golly, I really think this light will become a 21st century classic. If I had a spot for it, I’d be all over it!