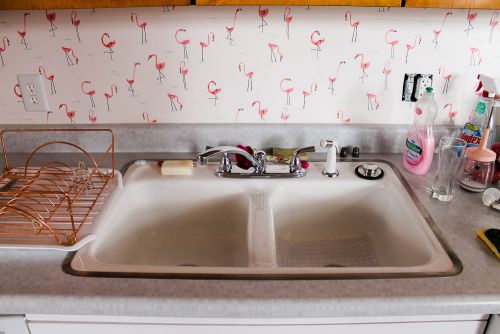 While on the Vintage Vegas Home & History tour, I also took side trips to see a few other midcentury homes. Each had done some degree of kitchen remodeling — and coincidentally, each had used Formica’s Ellipse laminate on their kitchen countertops. Above: Pam — who was a tour guide at one of the homes on the tour — took me to her home to see her kitchen remodel, which is nearly complete. She used Formica Ellipse in “White Ellipse” — although I’d say it definitely reads very light gray. My photo doesn’t do the countertop justice — it looked great!

And the wallpaper? Pam told me it’s “Leisure Time” from Spoonflower. The scale of the little flamingos — wonderful! She also had a perfect pink paint color that I need to get. She said she tried about six cans to get the pink right — oh, don’t we understand! 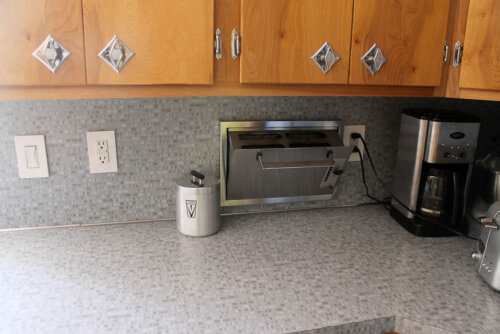 Later on, Heidi Swank, Executive Director of Nevada Preservation Foundation, which sponsored the home tour, also let me take a sneak peek of her house, which still has renovations under way. In her kitchen — yup — Formica Ellipse, but in the darker shade “Grey Ellipse.” I’m just tantalizing you with this photo — the kitchen is complete — and it’s GORGEOUS. Story to come! 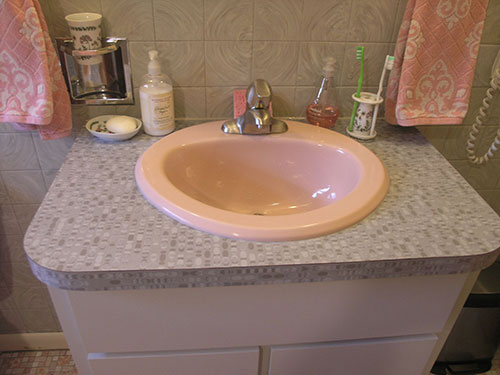 Above: You may also recall that reader Mary Elizabeth used Ellipse in her pink and gray bathroom freshen-up. Looks like the darker Ellipse Grey to me. 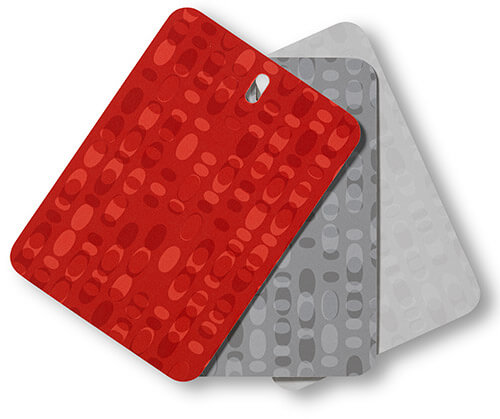