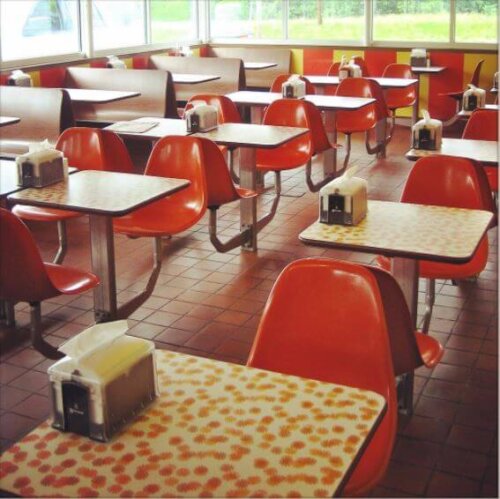 Over on Instagram, I saw that my friend modbetty_retroroadmap posted the photos above, saying “Broasted Chicken and fabulous 1973 decor- win-win! Speck’s in Collegeville is my go-to spot when RetroRoadhubs is away and I don’t feel like cooking (I rarely feel like cooking ????).” Hey, we love a dinner out, too — but: Those tabletops! Are they original? Or are they the recent reproduction of Wilsonart Daisy in Apricot Glow? I called up Speck’s to find out, and owner Randy Landis confirmed: They are original! Well… sort of.

Randy said that Speck’s had a fire in 1972. After the fire, his father went to a restaurant auction, and there, he picked up all of that Daisy-topped seating. Writing this up, I realize I am confused  whether it was a restaurant-supply auction or a restaurant-going-out-of-business auction. But, I think it was restaurant-going-out-of-business auction. If so, that means the orange Daisy laminate could be several years earlier than 1972. I don’t think that Wilsonart ever gave me an exact date of its marketplace launch. 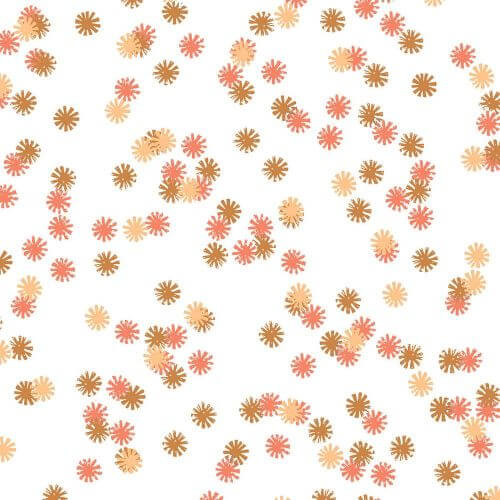 Above: Wilsonart Daisy laminate in Apricot Glow — does not seem as orange to me at the Speck’s original. 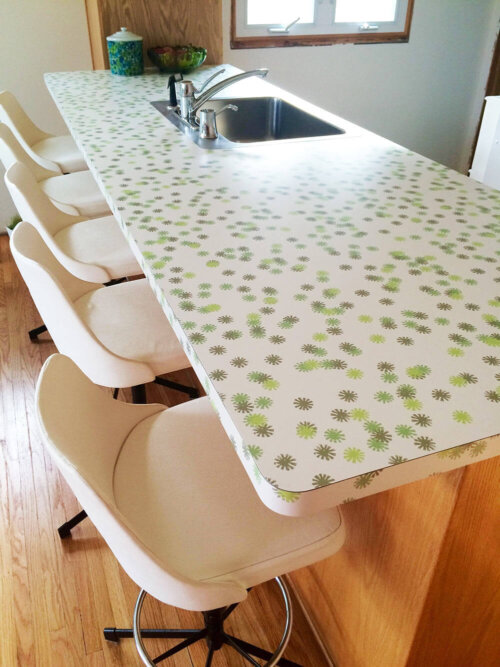 Above: See >> Kristen’s kitchen in progress <<. She used Wilsonart Daisy in “Envy” for her countertops.