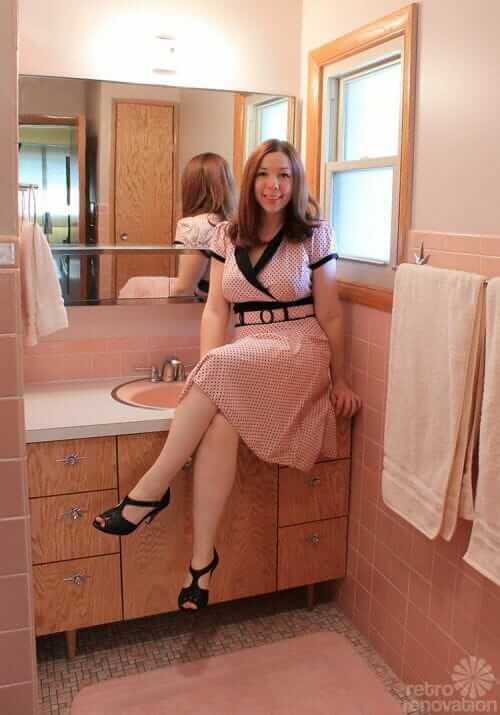 B&W Tile has been one of the most important go-to sources for Retro Renovators — its wide selection of pastel-colored square ceramic tiles is unparalleled and priced right, too. Kate (in her pink bathroom made possible by B&W tile) and many other readers agreed, and have used the tile to create or repair their midcentury bathrooms. Now, after being in the family for 70 years (!), the company is for sale. While there is no immediate reason to panic, I am of the belief that in moments like these, if you were thinking you’d eventually be buying some of this stuff, well: Get it now while the getting is good!

I spoke with company management late last week. They said that current owners Ralph and Joseph Logan are heading toward retirement and are looking for a buyer for B&W. The company was started by their father, Ernest, in 1947.

B&W has two locations in the Los Angeles area and supplies tiles wholesale to other companies around the nation. I am guessing: The key / a key value of this business includes its manufacturing operations — all those pastel-colored tiles are made by B&W. So when the company is sold, you’d think the new owner would continue. That said, you never know.

So I repeat: Get while the getting is good. B&W’s website has dramatically improved. See it here.