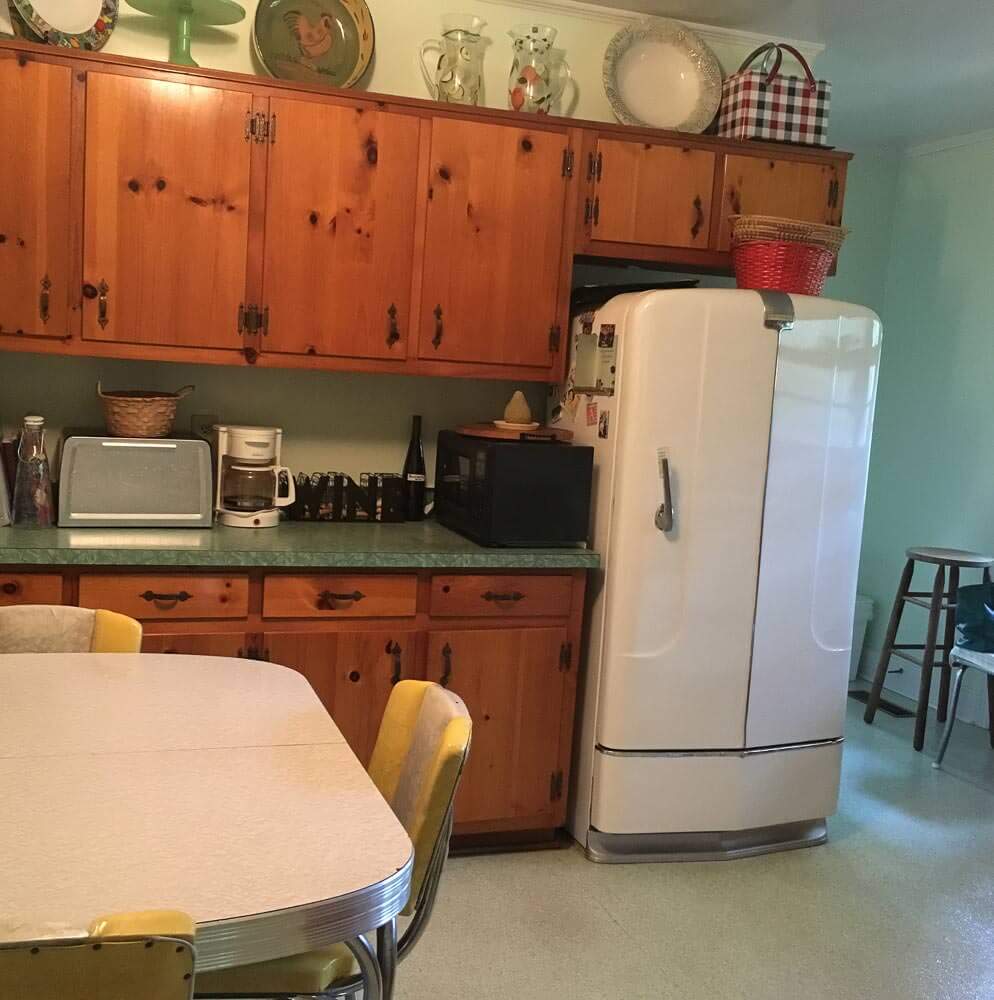 Do they make things like they used to? I don’t think so. Case in point: Amy’s vintage Westinghouse refrigerator been in continuous operation since 1941 — that’s 76 years — among three generations in one family.

The refrigerator has changed locations three times. It’s now back with Amy in the 1959 time capsule house that she bought from her grandparents.

The refrigerator also has a story. This was my grandparents’ fridge (a Westinghouse from 1941, I believe) that is even older than the house! They had this at their farm house, moved with it (I think) to this house, and then when my parents were married in 1969, they took it. After my parents established a household, they used the old fridge as a “second” fridge in the laundry room for extra milk, food, etc. When I bought this house, I got rid of the 1970s avocado green fridge (if only I knew they would come back in style!) and asked my parents for the 1941 fridge for the house. I only needed to buy them a budget new fridge for them to use as their “second.” It was a bargain! My new old fridge only needed a coat of appliance paint as it had gotten a little scratched up over the years. But it has been IN CONSTANT USE SINCE 1941!

Wow! This was so inspiring I put Amy’s story up in my list of 7 ways to get a retro refrigerator — vintage is for sure an option!

Story: Our circa 2006 dishwasher recently broke down. We threw about $200 at it, trying to get it repaired. The repairs did diddly. I went on to Consumer Reports looking for something new. As I recall, they said that if your dishwasher is more than six years old and it breaks down, get rid of it and get a new one. This is so wasteful. Shame on manufacturers and their “planned obsolescence.” For the past four or five months, we’ve been living without a dishwasher.

No, they don’t make things like they used to. Kitchen appliances, at least.

Thank you, Amy. You rock.