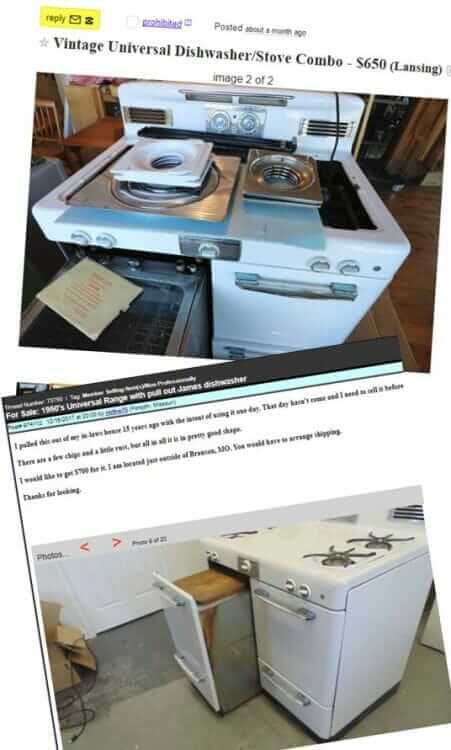 That’s not any ordinary vintage range. It’s a Universal range — with a built-in portable James dishwasher. Those American industrial designers — they tried everything at least once it seems!

The retro decorating gods wanted us all to know about these Universal-James contraptions because in the course of one week I was gobsmacked by not one — but two — of these Universal ranges with built-in James dishwashers online for sale. Joel tipped me to the first one, on a craigslist ad in Lansing, Mich., complete with owner’s manual. Then, I stumbled upon the same design on automatic washer. At first I thought they were the same listing in two places, but then I went to add the links and golly, two different ones! 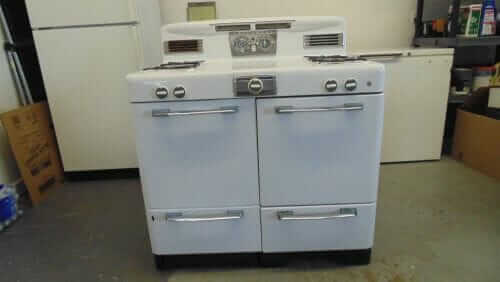 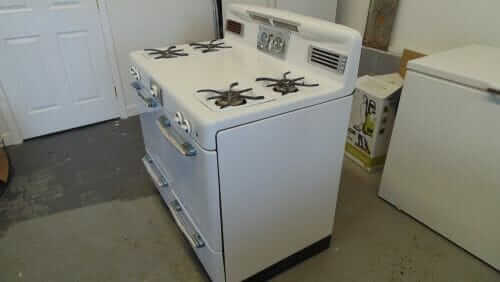 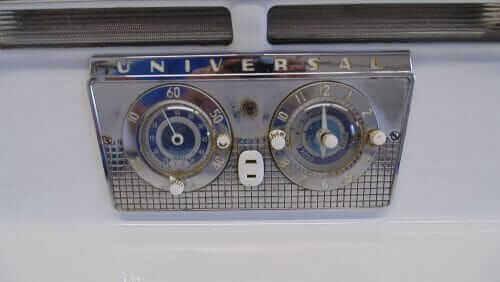 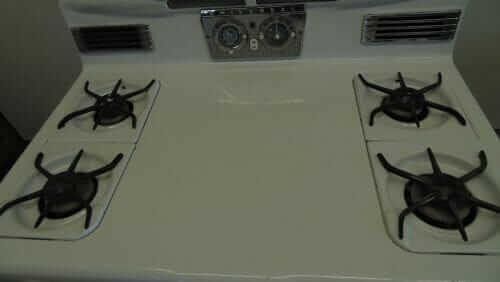 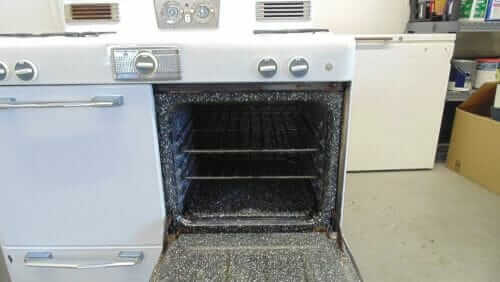 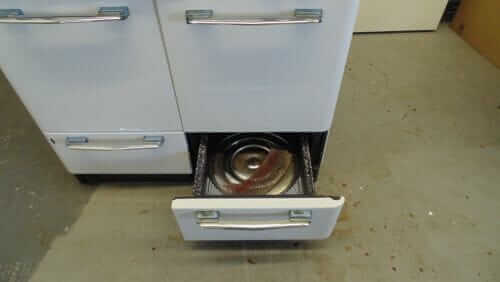 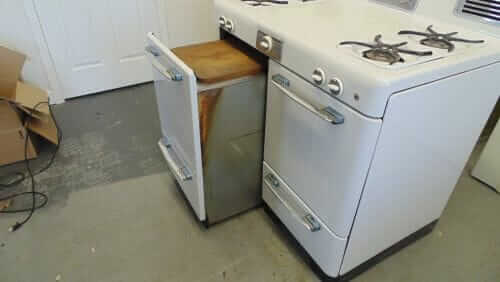 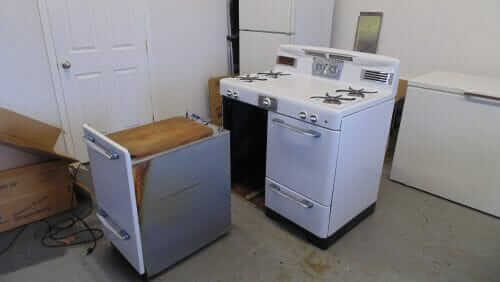 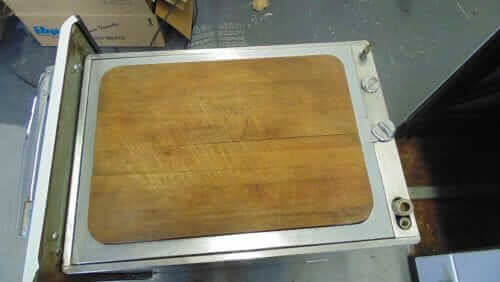 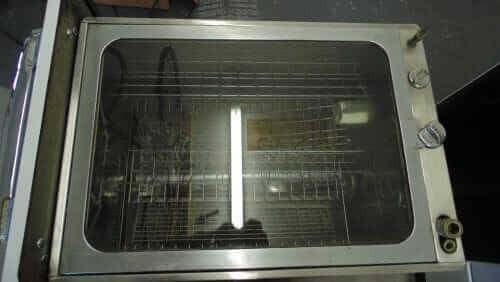 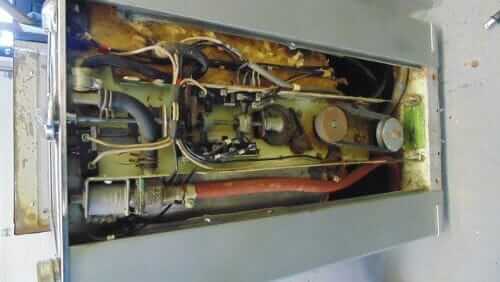 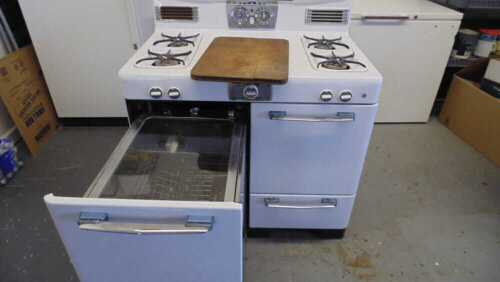 Many thanks to John, who sent me a lot of photos, understating:

There isn’t to much history behind this.  My wife’s father sold Universal Stoves in the 1950’s.  He was based out of Kansas City.  This was used as their day to day stove until I disconnected it around 2004.  I had full intentions of restoring this myself and using it as a conversation piece, but things change.  I have moved it twice.  We are getting ready to move again in a few months and I was told we weren’t moving it again.  It is quite heavy.

Video of the James dishwasher in action:


It’s just a few steps up from sitting watching paint dry (which, I am not kidding, I did this year, working on that Lounge), but I found a video of the James dishwasher in operation. Oh the wonders of YouTube. Oh the wonders of craigslist and automatic washer and the www and of all you dear readers who find these things to share with the RR community which can’t think of almost anything better than a vintage range that is also a dishwasher!
CategoriesAppliances, Accessories Mid Century Culture woddities: wonderful oddities