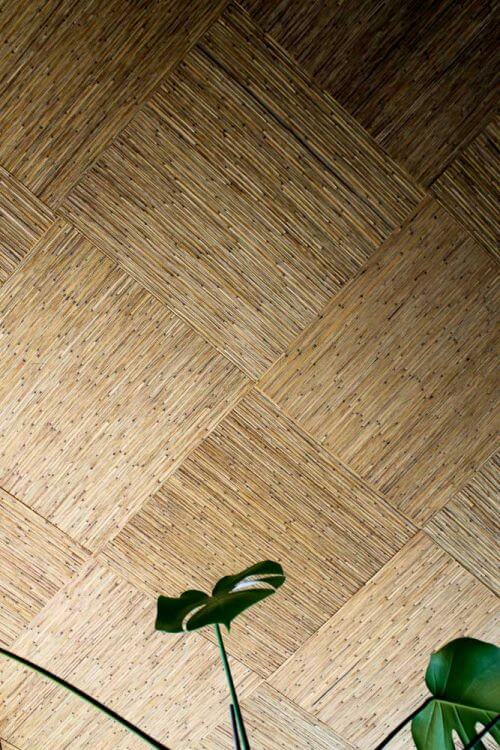 All five portions of the ceilings in the Mahalo Lounge are now done! My wallpaperer Sally came over last week, and over the course of three days — she counted 14.5 hours of work for her — so that’s 29 hours working together — we finished the last two sections. The ceilings look fantastic — my husband — an awesome critic — adores them! 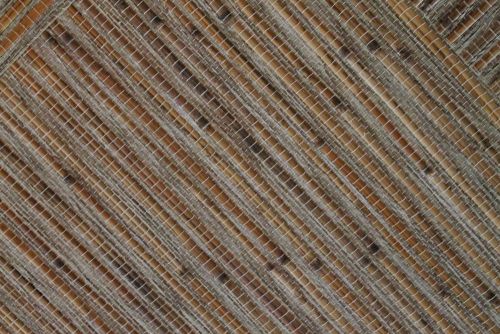 The grasscloth is not really grasscloth in the sense I typically understand. The material is quite heavy — those are real pieces of bamboo woven into cloth along with some other sort of raffia or raffia-like material, all adhered to a paper backing. I am not expert enough to know what all the stuff is, but it’s awesome. Photo viewing tip: On a desktop computer, once the page has fully loaded, click on any photo and it should enlarge on screen up to double in size (up to 1,000 pixels wide).

This was the THIRD material I purchased for the main ceiling, not even counting all the paint I bought to paint the ceilings a neutral goldtone while I figured out my plan of attack. 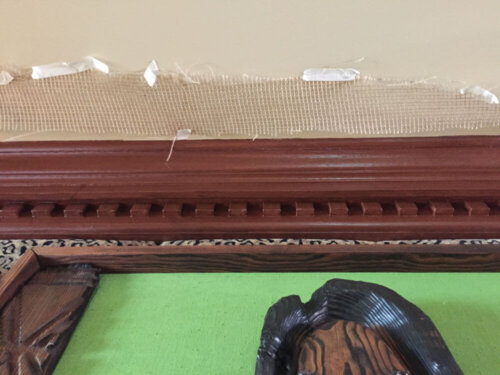 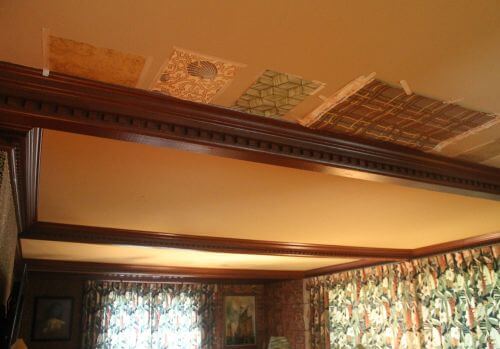 Ack. Do you remember the other ceiling contenders? 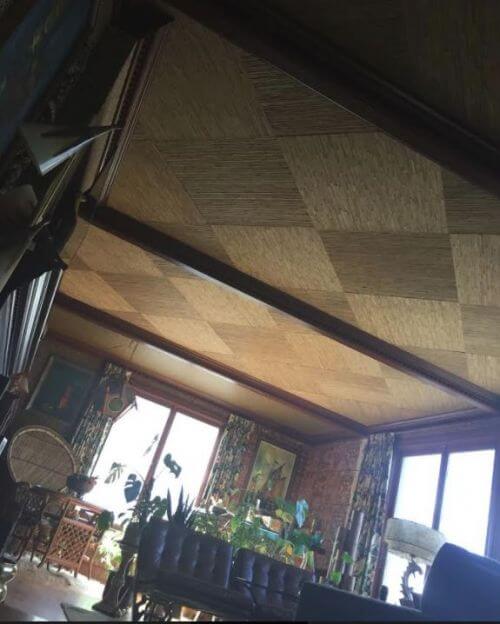 Above: The three beamed sections covered with the grasscloth — the first section is not much visible, it’s in the top right-hand corner of the photo. The open windows blew out the contrast in the photo, but I liked the moodiness of the photo. The way back section is vintage tooled gold vinyl. In the dining room (not visible) I used a different vintage wallpaper. Yes: Three different materials used on the five ceiling areas.

This was quite the job. Below: How I did it including all the products I used. Almost all the links are Amazon affiliate links — if ya click through and end up buying anything on Amazon, I earn a small commission. This is part of how I make my midcentury modest (I assure you I ain’t getting rich) living on the blog. I really did buy most everything from Amazon. I bought wallpaper size and paste locally, though — we had to keep going out for more! 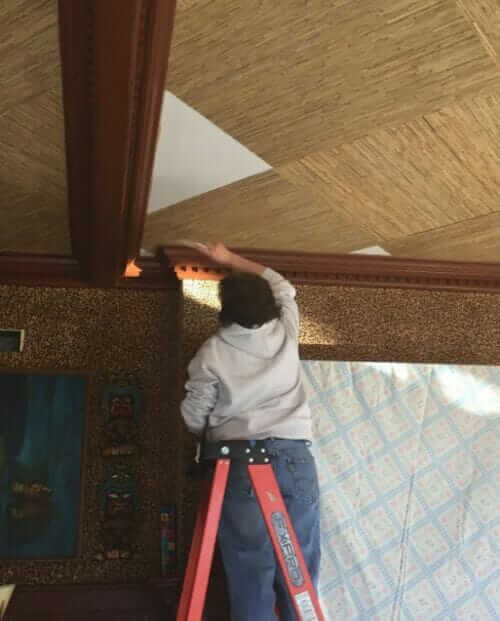 Sally, doing the last few bits. It was so much fun to work with her!  I’m still in sneak peek mode — hence no big room shots yet. A few more things to complete — and then this room is done!