Note: This post on where to find buildable house plans from past decades has been updated Nov. 2018. It now includes where you can find Cliff May-inspired designs and a variety of another 84 different designs from back in the day.

These plans are not original Cliff May plans but “Cliff May inspired.” Due to building codes — May’s original plans can no longer be built without being altered to meet current code conditions. Cliff May is the father of the ranch house, just like Royal Barry Wills is credited with being the father of mid century Cape Cod and colonial homes.

According to Daniel Gregory, Ph.D., Editor-in-Chief, Houseplans.com and author of the book, Cliff May and the Modern Ranch House, Cliff May:

A typical Cliff May house:

Cliff May inspired house plans you can still buy today:

There are several Cliff May inspired plans — one with six variations of square footage and floor plans designed to be able to fit on a multitude of lot shapes and sizes. 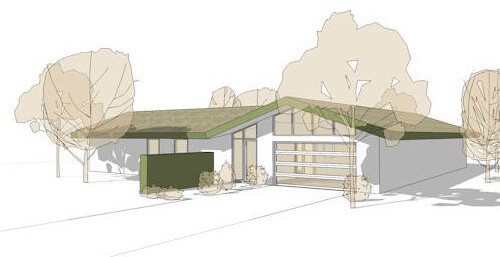 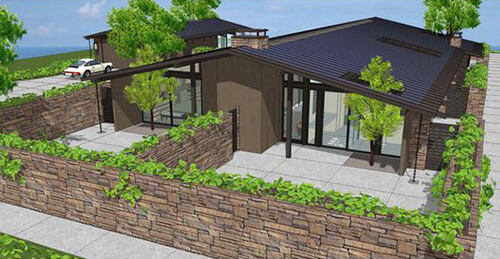 See our interview with the designer of Cliff May inspired plan 544-1, Steven Murphy — Cliff May ranch houses and their important architectural legacy 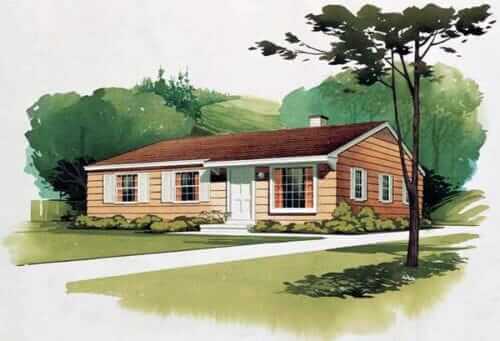 In 2018, I added this story: Do you want to build a midcentury modern or midcentury modest house from original plans? It is indeed possible: via the library of 84 original 1960s and 1970s house plans available at FamilyHomePlans.com aka The Garlinghouse Company. The 84 plans are in their Retro Home Plans Library here. Above: The 1,080 sq. ft. ranch house #95000 — golly — I think there were about a million of these — likely more — built back in the day. This little three-bedroom, two-bath house is about all anyone needs! Note, the company told me there is no date visible on the original plans. I think this design could date back to the 1950s. 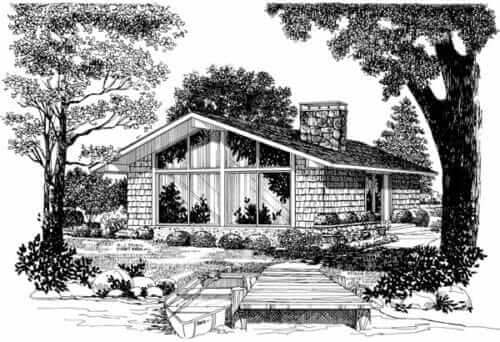 Above: An adorable 864 s.f., two-bedroom, one-bach vacation house. Or, just a small house!

There are a lot of vacation home plans in this retro house plan collection — probably because there is a larger market today for small vacation homes than for small full-time homes. I talked to the company about these retro house plans. They say they don’t sell a great many, because new-home-builders today want larger houses.

Another amazing fact: Bobbie, who I talked with on the phone, says the company purchased all the original, vintage Garlinghouse house plans about 10 years ago. In fact, the official company name is The Garlinghouse Company. Garlinghouse was a biggie back in the day.  Again — it sounds like Family House Plans likely has many many more small, midcentury modest house plans in their archives — they just don’t have them listed online because Americans want their 2,700 sq. ft. houses — not 1,000 sq. ft. houses. Read more about Family House Plan’s Garlinghouse archive here. 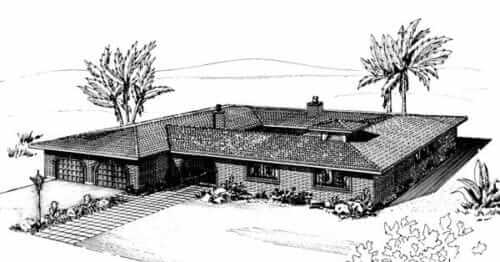 Above: Having an open-air central courtyard is a hallmark feature of an original rancho. As in: ranch house. This house is 2,377 s.f. in size, with three bedrooms, 2.5 baths. 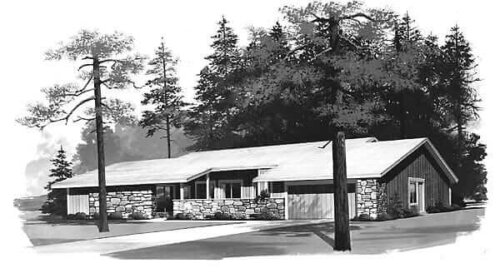 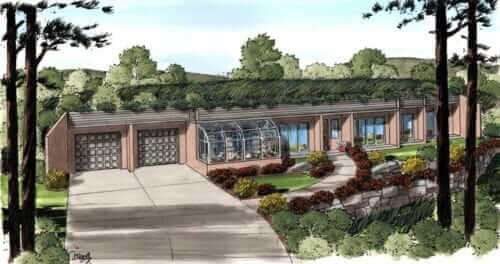 Above: Howdy hudee, I got to the plans for this split level house and recognized the interior layouts. It’s the house that my mom and dad had built for our family in Vista, Calif., around 1968 or 1969. The layout is super close to what I remember and my brother agrees. Yikes, that’s a serious blast from my past!

Heck, there are a lot of houses to show. Want to see them all:


Begin typing your search above and press return to search. Press Esc to cancel.