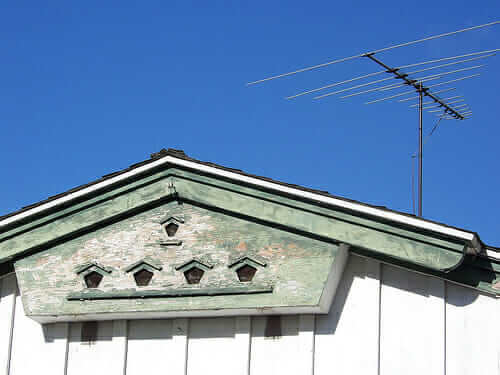 I am super fascinated by the archaic features and fixtures of midcentury houses…. Things that have been superseded by something more modern, or which simply faded from fashion. Quick! We better get them on the blog fast, so’s we don’t forget them. Stuff like hudee rings, and push-button plumbing, and appliance centers, and today: Dovecotes in storybook ranches. No, these are not “birdhouses”. The are: Dovecotes. Vestigial ones, that is. 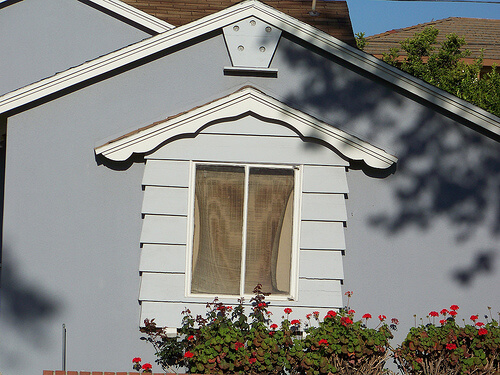 These photos both come from Tiki Lisa’s flickr photostream. You can click directly on either photo or on the link just prior to see her whole set — it’s pretty fantastic, the houses in the neighborhood are all sweeties like these two.

Dovecotes: According to Wikipedia, dovecotes are used to house pigeons and doves which “were an important food source historically in Western Europe and were kept for their eggs, flesh, and dung.” The dung was for fertilizer. They add, “In some cultures, particularly Medieval Europe, the possession of a dovecote was a symbol of status and power and was consequently regulated by law.”  Dovecotes could be free-standing or, as in the above mid-century examples, built into the ends of houses.

Here (below) is a dovecote from yee-old times: 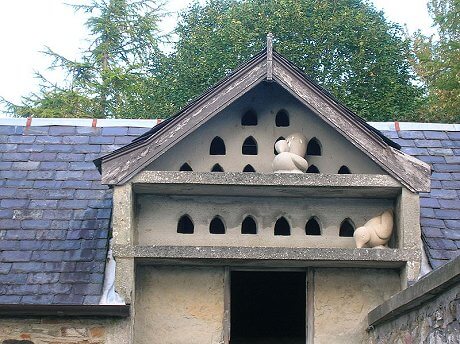 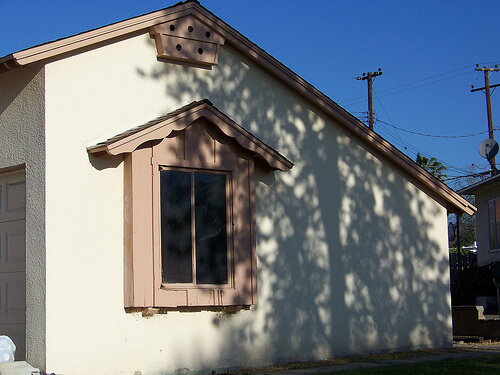 So now to the “why”. I am not a PhD historian, but from my studies and general exposure, I speculate the following:

Thanks to Tiki Lisa for permission to feature the photos and for documenting this very fascinating feature.