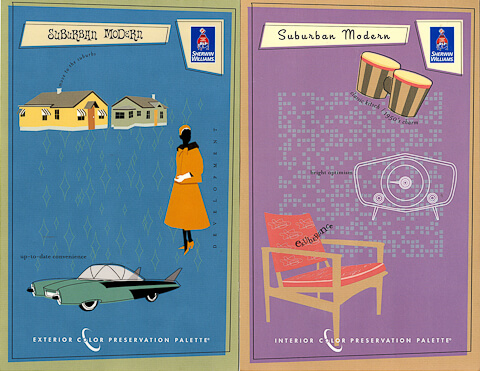 Several readers have written to alert me that Sherwin-Williams no longer has brochures for our beloved Suburban Modern paint palettes in their stores. These have been tried, true, authentic paint colors for our 1950s, 1960s and 1970s colors for years. BUT: You can still get the brochures — with the paint codes — two ways.

If you want to try these colors — you need to print out the brochures from online, take them into to the store, match them to sample chips, and then decide whether you want to go to the next step of getting samples. Going through this step-by-step process is really important, because what you see on the computer is likely NOT what you will see on the chip… and then, you always want to test any color on the wall.