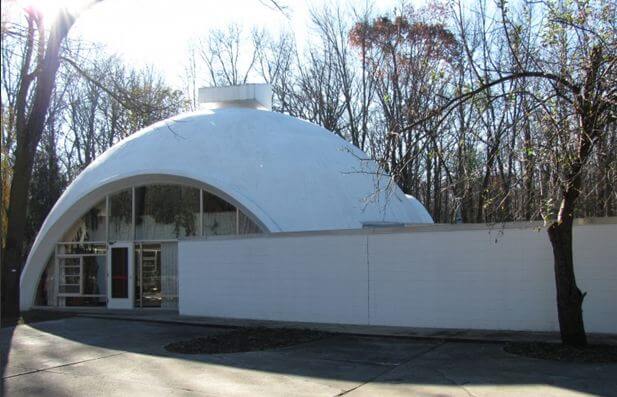 Here’s an amazing time capsule house, first spotted by Retro Ruth of No Pattern Required: The 1964 Dome House in Midland, Michigan — now for sale for the first time since it was built by the original owners, architect Robert Schwartz and his wife Barbara. Robert Schwartz was a student of Buckminster Fuller, father of the geodesic dome.  According to this informative story in the Midland Daily News, which gave me permission to feature a few of their photos: 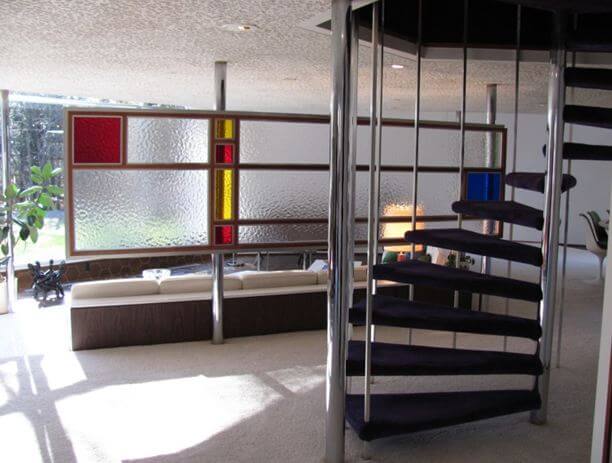 The shell of the house is made of foam — Styrofoam, manufactured by The Dow Chemical Co., which furnished the foam in exchange for cost information from Mr. Schwartz, who already had considered the concept of a hemispherical abode. At the prompting of his college mentor, R. Buckminster Fuller, Schwartz pursued the idea and Dow agreed to the experimentation. Schwartz was one of a handful of students Fuller was using to design geodesic domes for U.S. Marines Corps housing. In this case, the domes were made of cardboard and airlifted by helicopters. 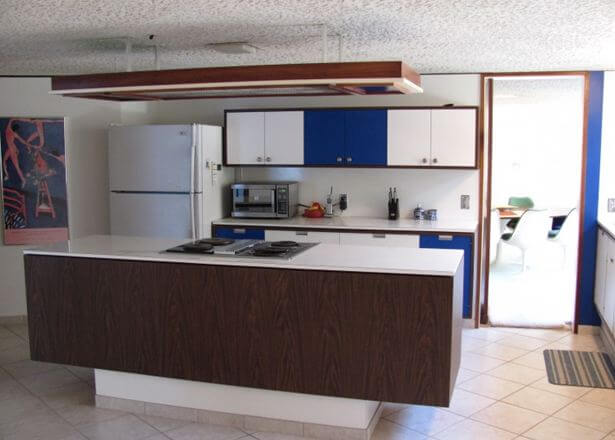 Dow had developed a “spiral generation” machine that allowed for “spinning” a dome from Styrofoam. The machine rotated long pieces of four-inch thick Styrofoam in a circular manner that eventually became a dome. The foam was bound together with intense heat. A layer of concrete averaging two inches thick was sprayed on the dome using the Gunite method. The exterior was finished with a coat of Dow acrylic paint and a coat of Dow Corning Corp. sealant. It took only 14 hours to spin the … dome…. 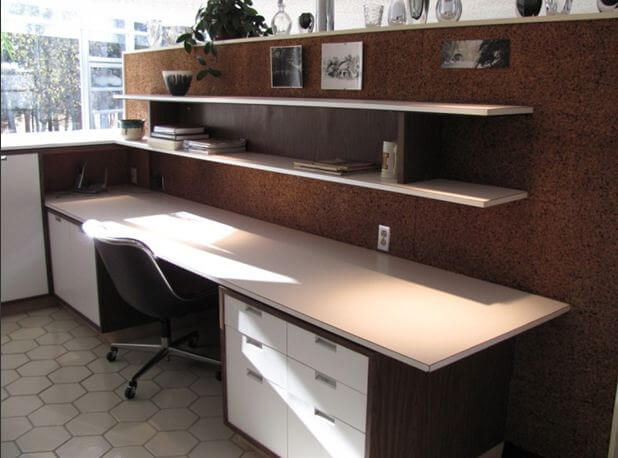 The story also points out that because its construction and materials, the house is very energy efficient. Well, what’s old is new again: Let’s build more of these, that Buckminster Fuller was a genius!

Where to see more photos, and additional links: