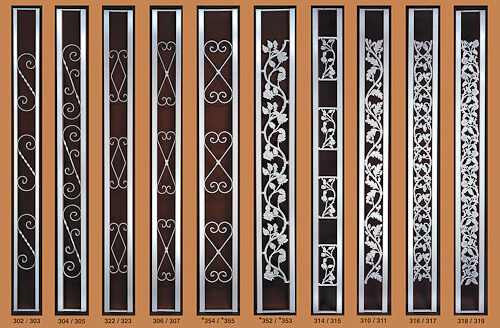 Researching ornamental iron and aluminum columns and railings to help owners of mid century home add some old skool curb appeal to their front porches was hard — the websites were not set up for national consumers, particularly, so I had hunt and peck. For this story I found three suppliers — one really good sounding, national source of decorative aluminum columns… and two local sources for ornamental iron columns and railings. (There surely must be more, so I welcome any tips.) Oh, did I mention old school — these companies have been around since — yes — right after World War II, and still have fabrication in the U.S. of A.  Check out these three places where you can find to decorative metal columns and railings –> 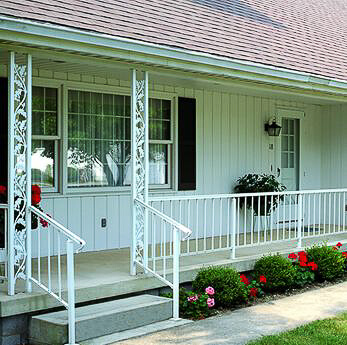 My most useful find — with distribution in 84 locations nationwide — is Superior Aluminum Products of Russia, Ohio (just north of Dayton.) This company was launched on July 11, 1956, in Youngstown, Ohio. That is their photo, above. 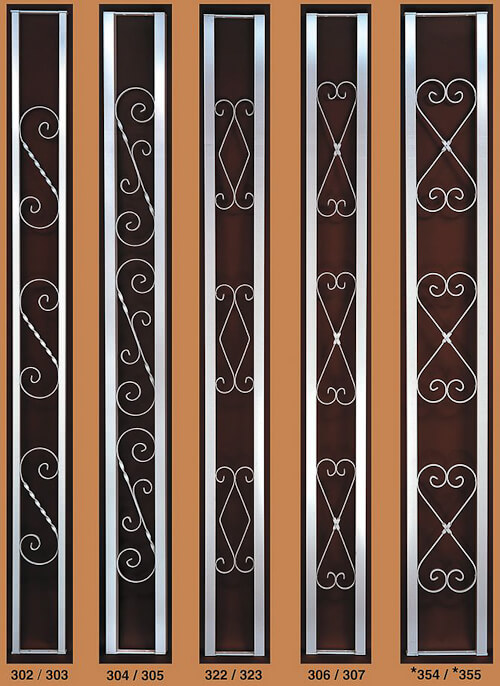 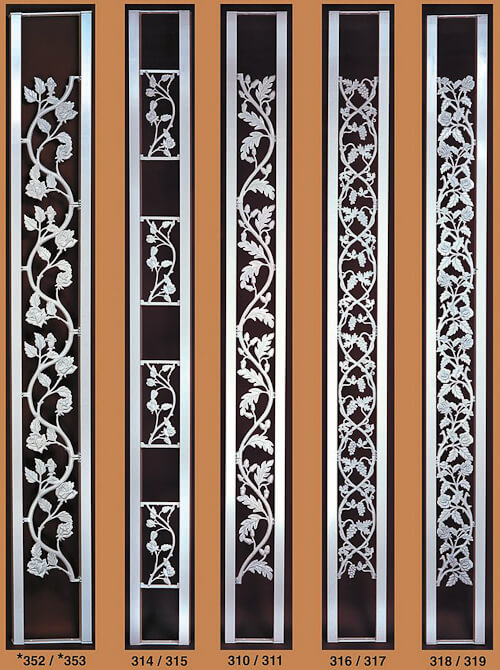 I talked at length with one of the co-owners, Darren, who was super helpful. Superior offers a wide selection of design possibilities for its aluminum railings and columns. Here’s how it works: 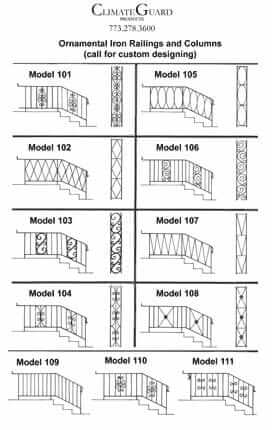 When I first started my research, I was thinking decorative cast iron rather than aluminum. I found two places that fabricate and sell mid century style decorative columns and railings. I talked to Chuck, the manager at Remodelers Supply Center — now called Climate Guard — (RSC) in northwest Chicago — that’s their Climate Guard line, above. Chuck was also very helpful.

Remodelers Supply Center (RSC) sounds like a big operation. Their main business is manufacturing replacement windows, but they also do custom iron work, with 12 different styles of columns. HOWEVER, Chuck says that the company requires that they do the measuring and installation of all work. Again, like others I talked to, he reiterated that measuring for these columns and railings can be tricky. Look at those stair drawings –if you get the angle or even 1″ wrong, you are in trouble — the piece is useless. In addition, many folks use those columns as structural supports for their porch ceilings — consult a pro, do it right, you don’t want your porch roof falling down. Chuck said that an 8′ painted corner column runs about $200 plus $30 installation. Link: Remodelers Supply Center — now called Climate Guard — – note, they also do aluminum awnings, $91 cash-and-carry for 48″ wide, 36″ projection, they manufacture it themselves, Chuck says!

RSC is another American success story. From their history page:

Our History – An American Dream: Remodelers Supply Center (RSC) is a division of Logan Square Building Material Supply, Inc. and was started over 35 years ago as an iron, awning, and fencing shop by Mr. Isaac Silver. Mr. Silver is the heart and soul of RSC, and some of our customers still call us “Isaac’s Place”….  Mr. Silver’s story is a classic American immigrant story of coming from hard times after surviving World War II. Born in Poland, Mr. Silver came to the United States through Israel and Cuba in the 1950’s. Able to speak Russian, Polish, Spanish, and English, his legacy personifies Chicago’s diverse culture. His Polish background complements the second largest Polish city in the world here in Chicago. The American Dream became a reality for Mr. Silver and his wonderful family through very hard work and the true American work ethic. We will always be indebted to his wisdom and leadership, and he can never be replaced but he can be emulated and that is what we strive for.

Chuck says the company also made wrought iron dinettes after WWII. And finally, here’s a boo-hoo story from RSC: Chuck says that up until 12-15 years ago, the company had boatloads of wrought iron plant hangers and plant stands in their warehouse. “Fancy stuff with scrollwork,” he said, and those plant stands that have three shelves that wrap around to look like a staircase. They finally had to clear the space out. They had mega sales and sold hundreds. But when all was said and done, they still had to send lots and lots to scrap. Alas. 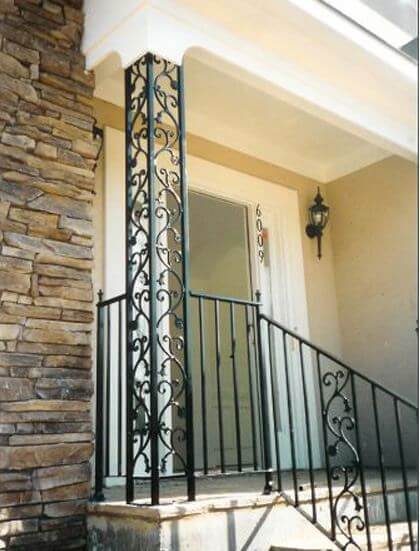 I also spoke with Watson Steel and Iron in Mathews, North Carolina. Also very friendly and helpful — Robin was great. Like Remodelers, she said that normally, all work they do is custom and includes installation. That is their work in the photo just above. But she seemed open to the idea that they could work out shipping for columns, if you really want cast iron. She indicated that cost for a standard flat column with scrollwork would typically start at about $250, a corner column, $350. Shipping extra. Link: Watson Steel and Iron Works.

If you have more resources, I’d love to add them to the list.