We love Eva Zeisel, so we jumped when we spotted the first images her new lighting collection — one of her last design project before she passed away early this year at age 105, and the only Zeisel lighting. Done in collaboration with Leucos Lighting and now available at Lumens.com, the new lighting collection consists of two styles — Spring and Summer — each available as a pendant, wall sconce or table lamp — in either of two finishes, glossy white or glossy honey. The new lighting emulates the soft curves of Zeisel’s famous ceramics, but instead, are shaped from hand blown Murano glass. So pretty. So Eva.

According to the official press release:

Leucos, a Leucos USA brand known for its distinctive Murano glass lighting, is proud to announce the market availability of the much-anticipated Eva Zeisel Collection. The line is the last the beloved icon designed with her own hands before passing away at 105 years old. It is also the only Eva Zeisel lighting collection in the marketplace. A self-declared “maker of useful things,” Eva Zeisel’s assortment includes two pendants, two wall sconces and two table lamps. The new pieces show off her signature style and are inspired by organic forms with soft curves like those of the human body. 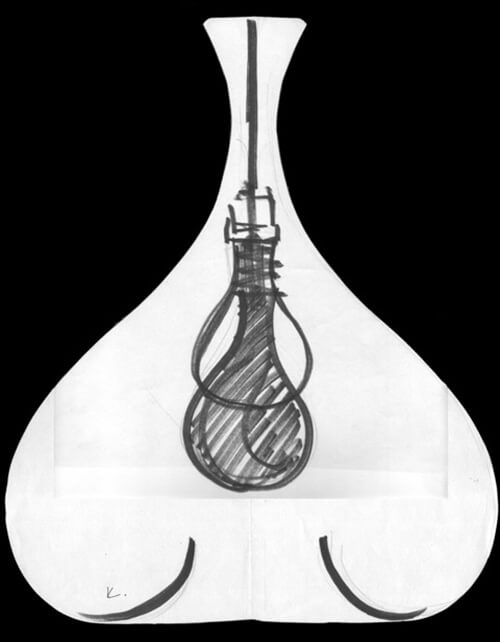 The lights first came to life as cutout models, a free-hand technique typical of Zeisel’s work. They were then placed in the care of skilled Italian Murano glassmakers. After feeling the smooth contours of the resulting glass fixtures, she declared that the two styles in the collection would be called Spring and Summer. “I always like to design at least two shapes together, so that I create a family that relates to each other. These lights are cousins,” she explained. Suitable for residential and commercial use, the new Eva Zeisel collection for Leucos is available in incandescent or fluorescent light sources. The incandescent versions can be easily retrofitted with energy-saving LEDs. 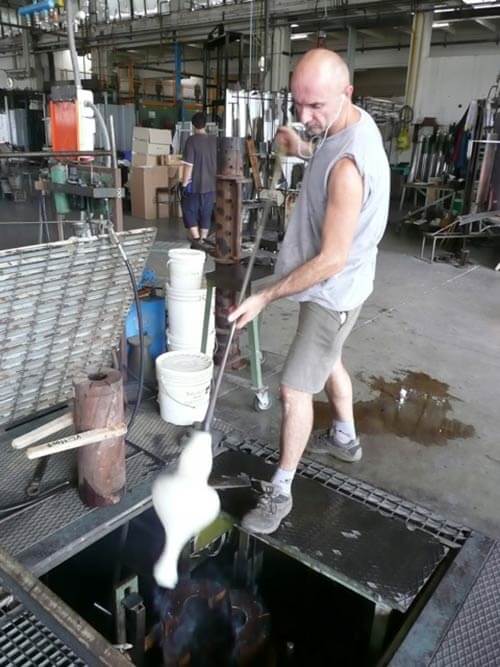 Josie Anthony, president of Leucos USA, comments, “Working with Eva Zeisel, her daughter Jean Richards and the Eva Zeisel team has been an honor and a very moving experience. It was a pleasure to liaise with such talented people who share our commitment to excellence. We were both deeply invested in the project and wanted to take the time to get every single detail right; it took nearly a year of close collaboration and mutual support before we were able to bring Eva Zeisel’s exquisite designs to the market in Leucos’ signature hand-blown glass.”

Jean Richards, Eva’s daughter, says “Eva always thought of her designs as gifts to others. She was so happy Leucos was producing them, so she could share the gift of these lamps with a wider audience. She was always glad when her designs reached the market, as up to the end, she considered herself a ‘working woman.’ She would be particularly thrilled that this line of lighting is already in the permanent collection of the Museum of Arts and Design (MAD Museum) and will be shown in an upcoming exhibition.”

Spring and Summer pendants will also be featured at the Pratt Manhattan Gallery from November 30th through January 19th as part of the Institute’s 125th anniversary exhibit entitled “125 Icons: A Celebration of Works by Pratt Alumni and Faculty, 1887-2012.”

The new lights are: 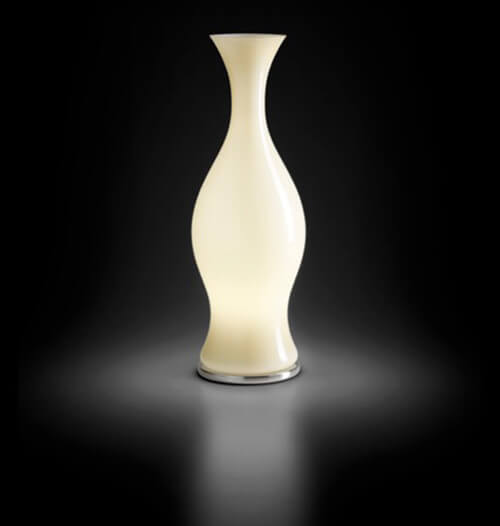 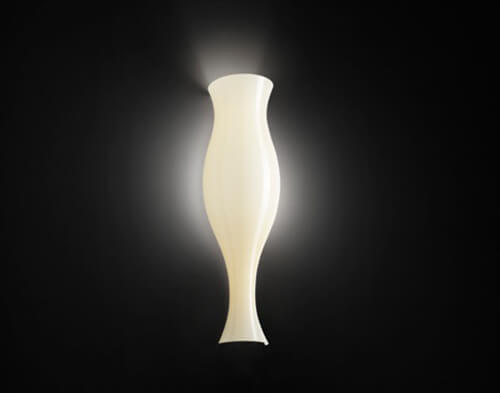 Spring by Eva Zeisel for Leucos:
Spring’s silhouette is emblematic of many of Zeisel’s distinctive masterpieces. Characterized by soft curves and fluid lines, the Leucos team had their work cut out for them when it came to translating the subtleties of Zeisel’s drawn design into fragile hand-blown Murano glass. The svelte shape of Spring comes in several models including pendant, wall sconce and table. Most unusual is the shade-less table lamp, which emits ambient light and resembles a glowing sculpture. It is accented with polished chrome at its base. The color palette for Zeisel’s creations reflects the natural aesthetic of the lights. Spring is offered in smooth, glossy white, as well as glossy honey and is 6” at its widest point and 19” high. 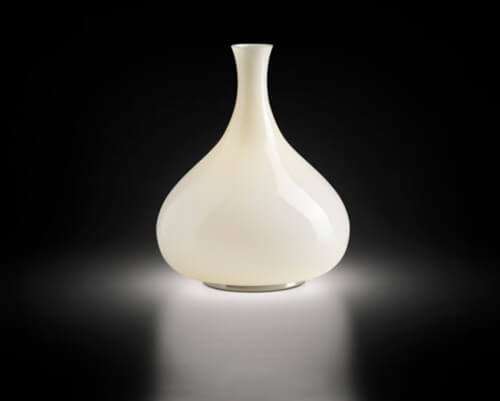 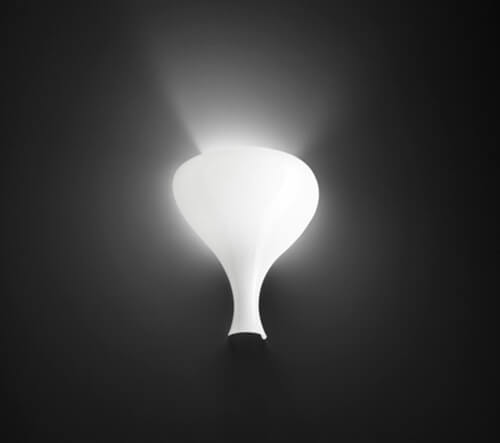 Summer by Eva Zeisel for Leucos:
In Zeisel’s words, Summer is the “cousin” of Spring. Like Spring, Summer was first conceived as a cut-out model and boasts some of the same gentle curves, except it is rounder and wider. With a more voluptuous shape, it’s almost as if it “bloomed” from the narrower Spring. Summer is available in a pendant, table and wall sconce configuration. The pendant model has a slightly rounded indentation at the bottom, while the table light’s base is flat and accented by polished chrome. Summer comes in smooth, glossy white, as well as glossy honey and measures 11″ at its widest point and 12″ high.

Zeisel’s significant contributions to the world of design and great perseverance during times of war and political turmoil confirm her legendary status. Throughout her career, she designed for leading manufacturers, including General Mills, Hall, Rosenthal, Chantal, Nambé, Mancioli and Royal Stafford. A trailblazer, Zeisel developed and taught the first course in ceramics for industry at the Pratt Institute in New York. She also made history by headlining the first one-woman show at the Museum of Modern Art in New York. Her work can be seen in permanent collections across the globe. An e-book documenting part of her fascinating and inspiring life is now downloadable from Amazon and the iTunes Bookstore. Eva Zeisel: A Soviet Prison Memoir was compiled and edited by her daughter Jean Richards and Brent C. Brolin and includes her poignant memoir, essays and interactive features.

With her collection for Leucos, Eva Zeisel joins an impressive list of luminaries. In the last half-century, the Italian lighting brand has produced lights with leading international designers, such as Matteo Thun, Jorge Pensi, Danilo De Rossi, Marco Piva and David Rockwell, among others.