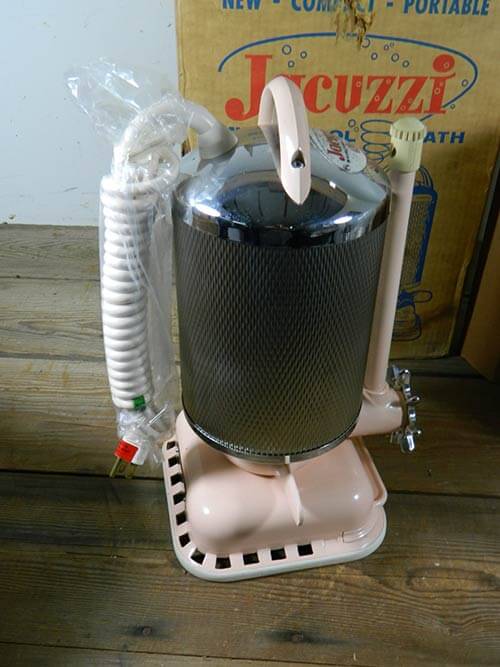 Holy moly — look at this handsome 48 year old that we spotted on Ebay this week. A 1964 Jacuzzi — New Old Stock (NOS) — never used and still wrapped up tight in the original box. And yes, it’s: Pink! What are the odds of seeing another pristine pink Jacuzzi like this? Slim to none methinks.

Pam interjects: Whoever buys this one, be sure to have the wiring/actual usability, etc. checked out by a properly licensed professional — especially since this electrified beauty is meant to sit in water. Duh! Unless, of course, it’s goin’ on our museum shelf — which is where it would go if I bought it. I sure am tempted! 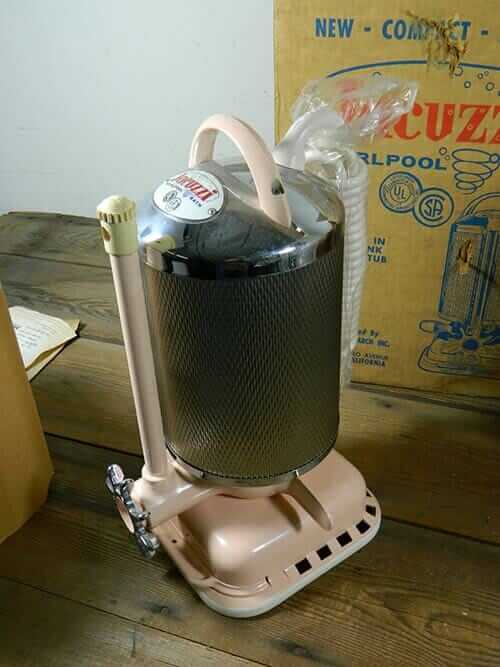 Ebay seller collectcachekindly gave us permission to feature these photos for our growing collection of mid century woddities. Here’s what the seller description says:

Where else are you going to get one? A 1964 Pink Jacuzzi Unused in the original packaging. If you want one, this is the one to want!

From an Estate!  Packaged in 1964 this Model J300B Jacuzzi has never been used, never been out the original packaging until I took the pictures the other day. The cord is still as coiled originally with the plastic wrap.  I have not plugged it in. I took it out to photograph and put it right back in the box.

In a followup email, we received additional info:

It was a part of an estate that I purchased. The … best part of the Estate were the 20 or so bottles of Scotch that had not been opened from the 50’s that were gifts to the owner, I drank them all one winter. The family had stuff going back several hundred years. It was a great estate for me to work on, the Jacuzzi was part of the last load that I just purchased. I run an Antique Shop called Antyke, 1185 Danielson Pike, Rt. 6 in Scituate, RI. I do a lot of industrial and salvage pieces, letterpress printing antiques etc.. 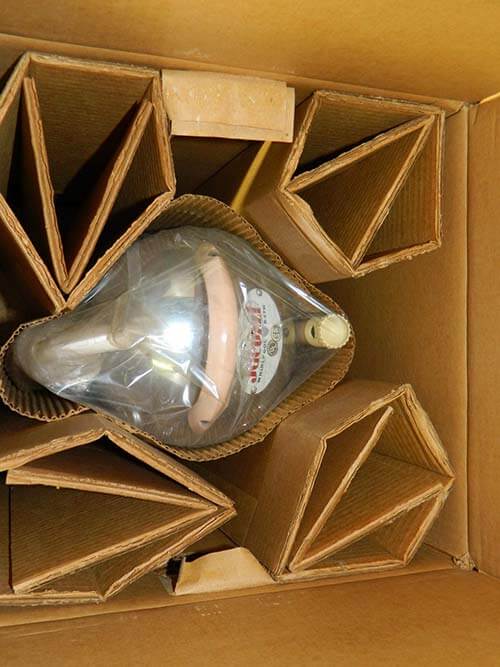 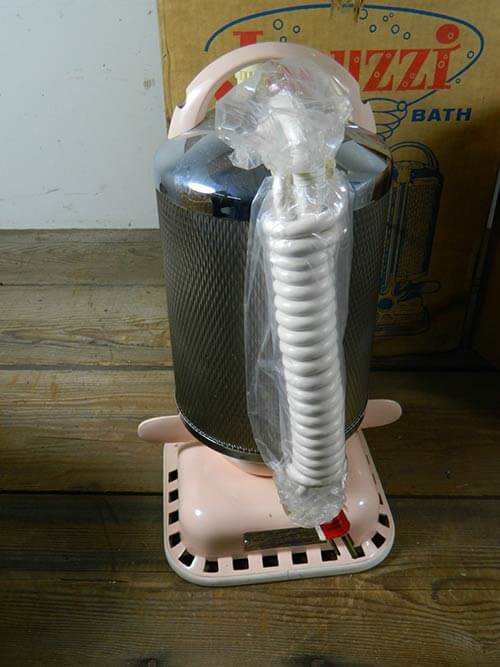 An interesting tidbit of history on the Jacuzzi from Wikipedia:

In 1948, brother Candido Jacuzzi used the company’s expertise in pumps to develop a submersible bathtub pump for his son, Kenneth, who had developed rheumatoid arthritis in 1943, at the age of 15 months and suffered from chronic pain. The boy received regular hydrotherapy treatments at local hospitals, but Candido could not stand to see his son suffering between visits. He realized that their agricultural water pumps could be adapted to give his son soothing whirlpool treatments in the tub at home. Kenneth Jacuzzi eventually took charge of the company.

In 1955, the firm decided to market the pump, dubbed “J-300”, as a therapeutic aid, selling it in bath supply shops. To generate a little publicity for the unknown product, portable Jacuzzis were included in the gifts given to contestants on TV’s Queen for a Day. It was pitched as relief for the worn out housewife. 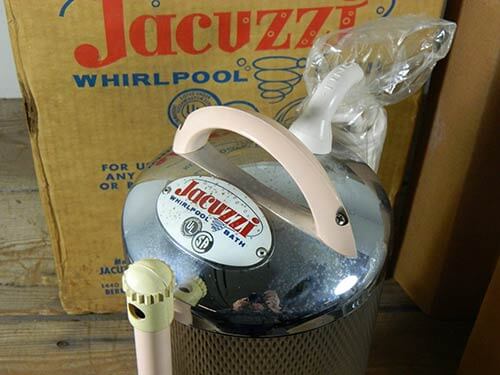 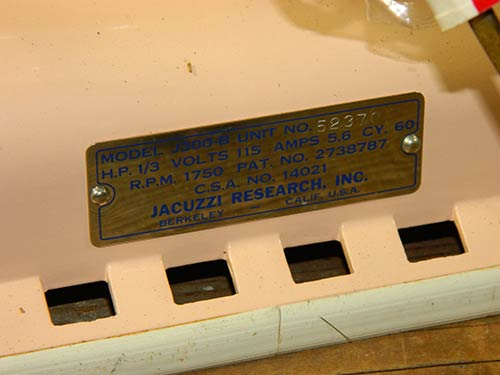 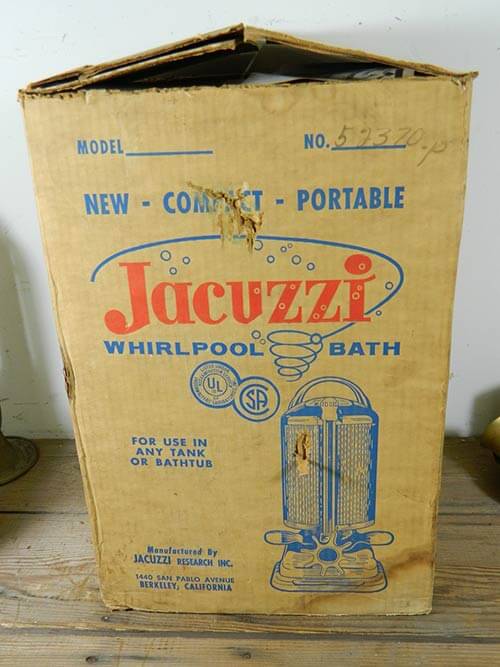 A huge thanks goes out to Ebay seller collectcache — thanks so much for letting us feature their photos of this woddity.