Home / Bathroom / Hardware & Accessories
Last week, our electrician installed a new bathroom exhaust fan in our green hall bath. During the install he made a shocking discovery — the old fan hadn’t worked properly since day-one. It was doing nothing. Zero. Zilch. Nada.  Apparently this problem is somewhat common, so I made a video to help others learn about my bathroom fan problem and why it wouldn’t work. 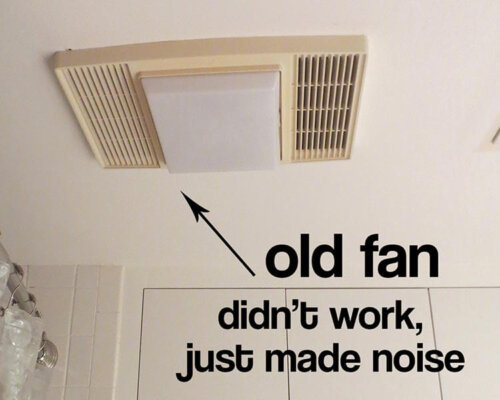 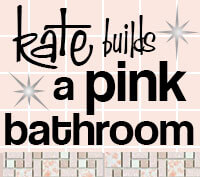 Since beginning construction on my retro pink master bathroom, the hall bathroom has been seeing a lot more action. We’ve never had guests complain about the moisture issues in there, even though we knew they existed. But when we started using it full time ourselves, we realized just how bad it was. So when the electrician returned to finish working on the pink bathroom, I asked him to install a new fan in the green bathroom too.

In case you don’t have time to watch the video, here’s the gist of my bath fan woes:

The moral of the story here — if you suspect the fan in your bathroom only sounds like it is working, it might be worth checking (or having a professional check) the exhaust vent. If the damper does not move freely, or there is an obstruction in the ductwork, your bath fan may not be able to do its job.

Read all of the stories related to my pink bathroom remodel project here.