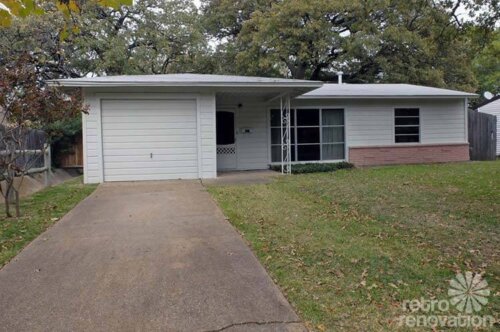 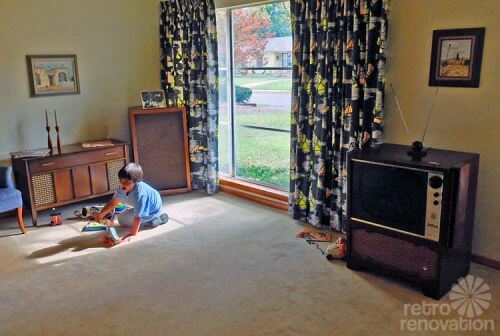 Perfect scene: My son used to Nintendo and Xboxes, reacquaints himself to the beauty and simplicity of Fisher Price kid’s toys. You can imagine the afternoon of November 22, 1963, and everyone gathered in this room to watch KRLD and CBS and Walter Cronkite broadcasting the horrible news from the event that touched far too close to home. 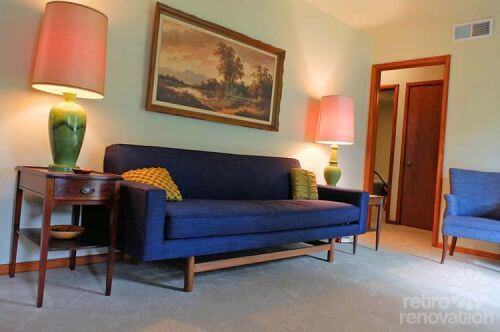 The Irving crew really nailed it in the living room. Modest furniture — nothing too high end. Brilliant blue fabric on the couch and seat go well with the two green (non-matching) lamps. I think the print over the couch matched the original. Concession to Texas Heat and not original: central air-conditioning vent. 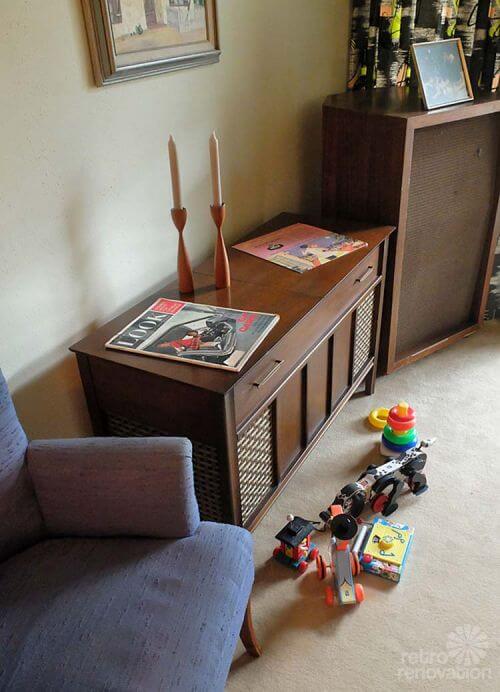 Consol stereo, Look Magazine, stylish Teak candle holders (I want those!) and Fisher-Price kids toys. The only piece of original furniture in the house is the big stereo speaker in the background, belonging to Paine’s estranged husband Michael. 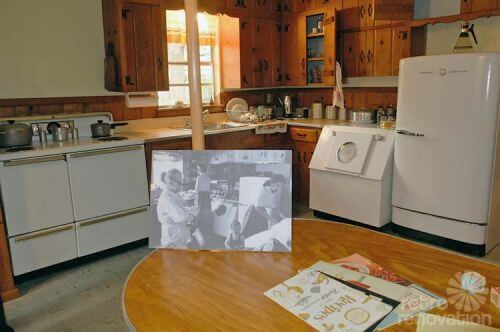 A Life Magazine photograph taken the afternoon of November 22, 1963, shows just how “right” Irving’s archives crew got the recreation of the 1956-built Paine Home. The cabinets are original, virtually everything else had to be sourced and installed. 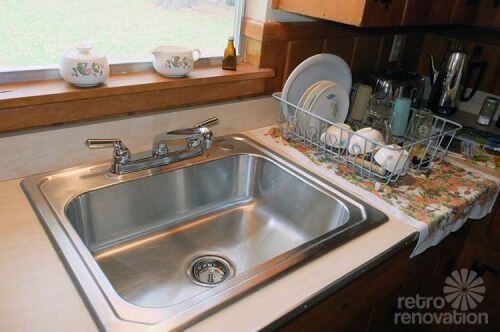 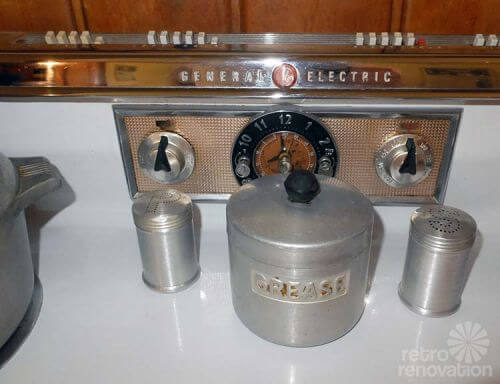 Folks used to save their grease back in the days to reuse for cooking! Here’s the sourced General Electric stove/oven. 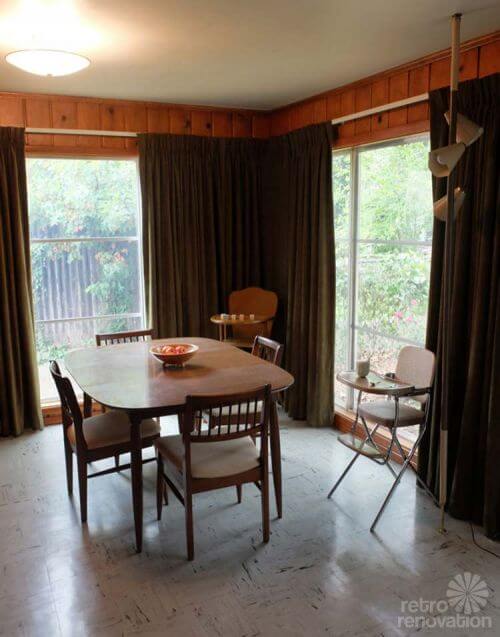 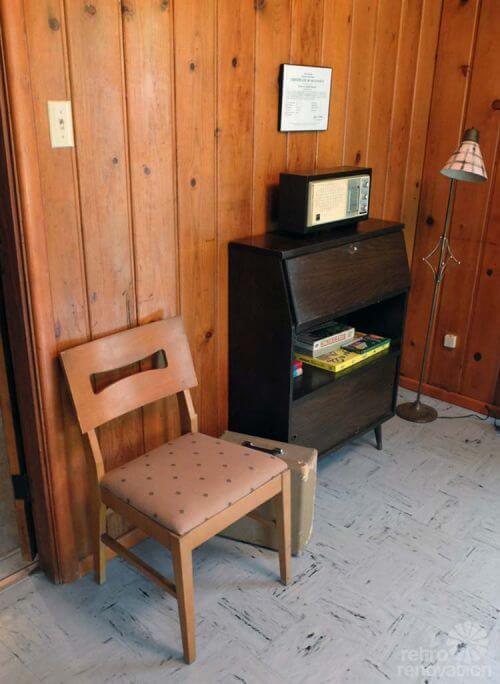 Sure looks like a Hey-Wake dog bone chair–but might be a close-but-not. . . in the dining area. Lovely wood panels! 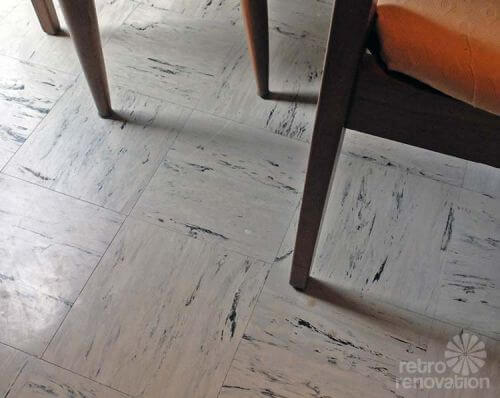 Linoleum tile laid in the criss-cross pattern typical of the era. Armstrong VCT?? 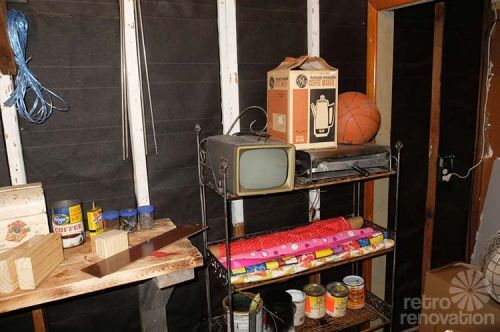 There’s very little that looks out of place in the cluttered garage of the Paine Home. 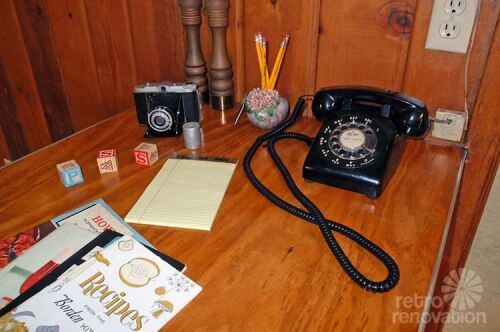 Detail of the varnished wood counter top in the kitchen, along with period details. Lovin’ the salt and pepper shakers and recipe brochures! 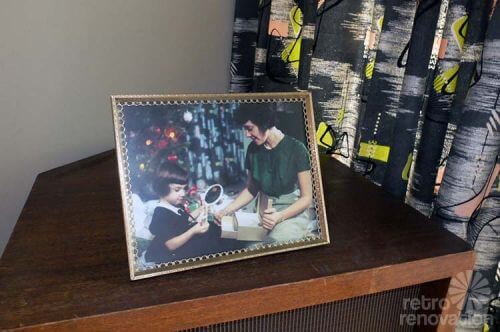 The degree of “getting it right” employed by Irving’s archivists extended to living room drapes–somehow, a perfect match for the material seen in a Christmas photo of Ruth Paine and her daughter was made. Incredible! 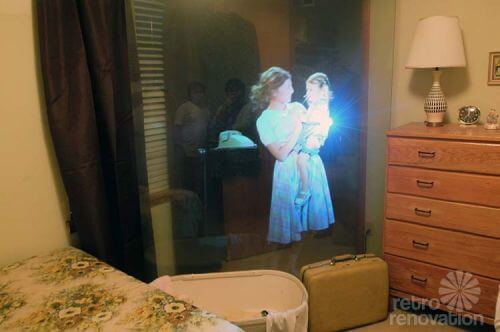 Actors portray Marina Oswald and daughter June, rear-screen projected in her bedroom of the Paine home.

Panorama of Marina Oswald’s bedroom, where Lee Harvey slept the night before allegedly assassinating the president. Photo/text display on wall about Marina; on right is the projection screen. 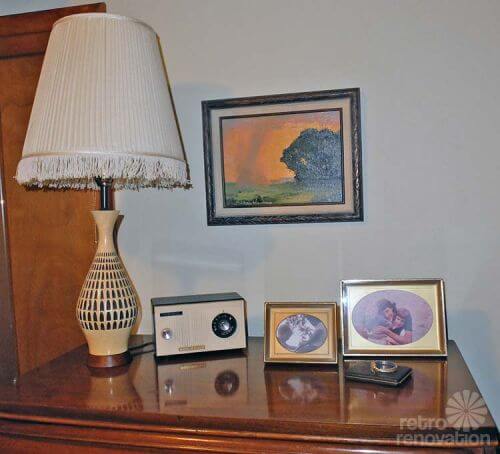 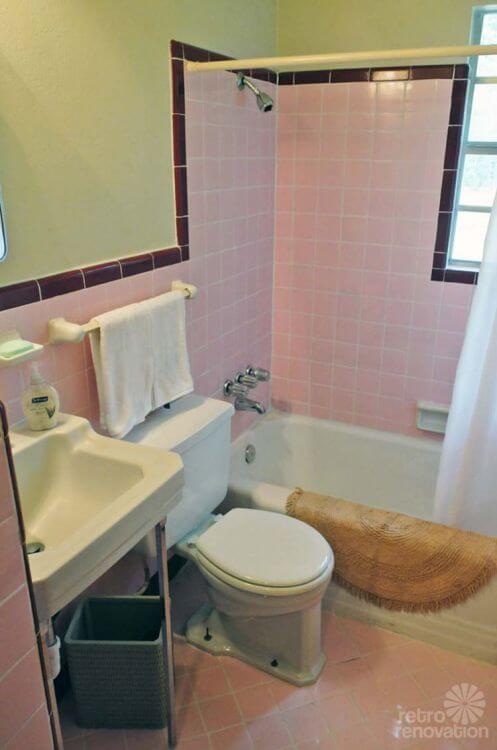 Gorgeous! You know bathrooms far better than I do, but this just makes me happy. 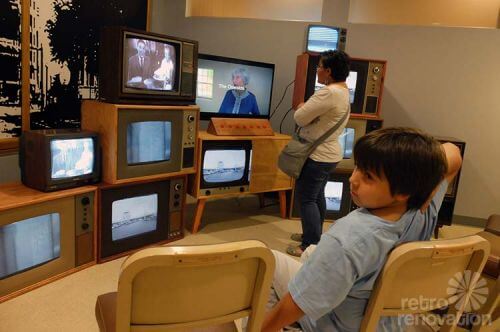 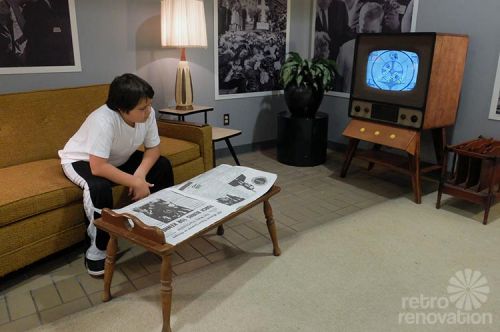 In the visitor center at Irving City Library, prior furniture, reprints of newspapers about the JFK killing, and an old television entertain visitors between tours.