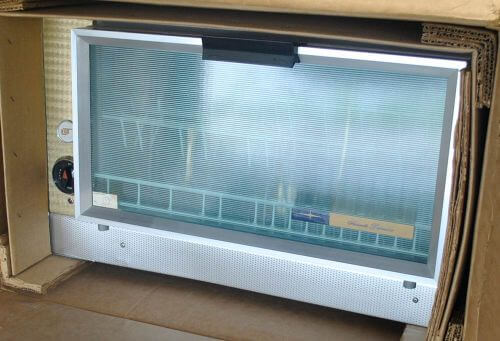 Hold onto your dirty dishes, and get ready for some in-the-flesh kitchen appliance amazing: An itsy bitsy 1950s Ling-Temco “eye level” automatic dishwasher — New Old Stock in the original box. Previously, we’ve seen the Ling-Temco in a 1961 advertisement and in Peggy’s aunt’s kitchen before. But yowza — here’s one new in the box to lust after! 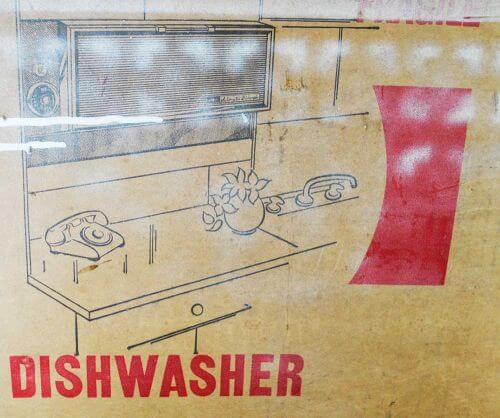 The Ling-Temco dishwasher — which looks to be about the size of modern day microwave oven — was designed to be mounted under wall kitchen cabinets at eye level, into the base cabinet right under the countertop, into a wall, or even as a floating or suspended dishwasher. The dishwasher itself is a thing of beauty: Gold and silver decorative front panels frame a glass door that allows the user to sit back, relax and watch the dishwashing process — good, clean entertainment and a much needed break from domestic duties.

A friend of mine hosted a Mid-Modern event at a house in Kettering that you wrote about.  She suggested I reach out to you regarding a very special item I have. 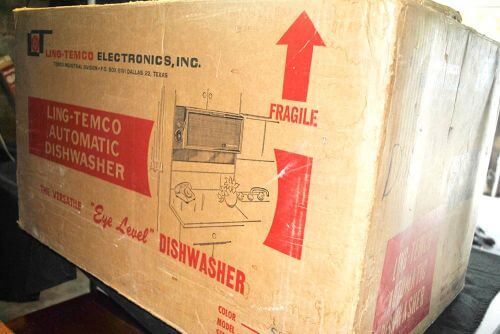 It’s a Ling-Temco Automatic Dishwasher “Eye Level” from the late 50s.  It’s very rare.  It seems they were made in Texas, and marketed to builders all across the country with the idea they would install them in their new model homes.  The product didn’t sell as well as the larger, under-counter versions, and quickly disappeared from the market. 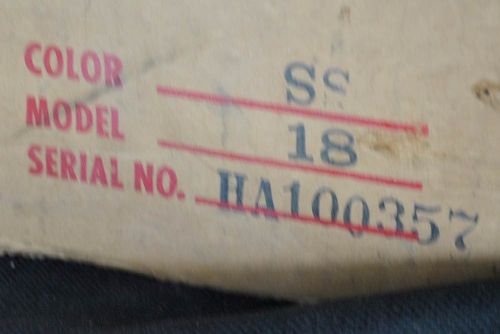 Believe it or not, it’s new and still in the original box.  This is a museum quality item.   The serial number suggests it’s the 357th one to roll off the assembly line.  It was originally shipped to an architectural firm in Columbus, Ohio. 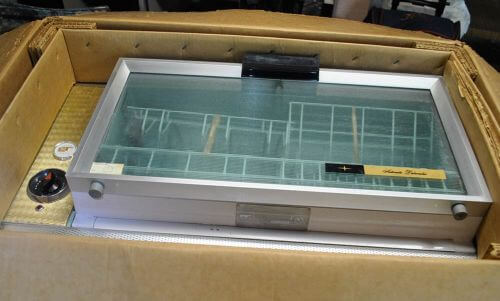 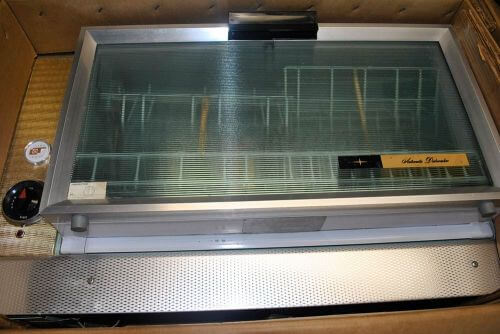 To the right person (or museum), I believe this item could fetch quite a price.  Whenever else are rare and obscure kitchen appliances discovered new, in the box, and including all the original documents and instructions? 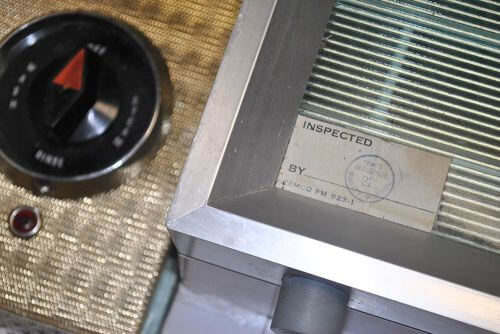 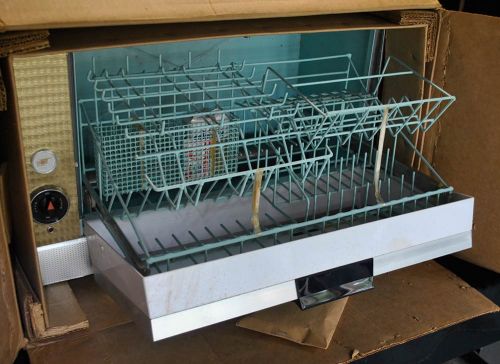 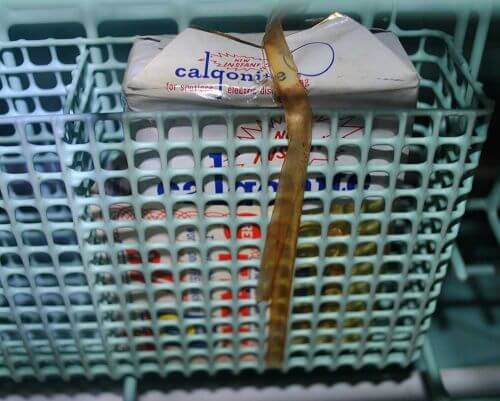 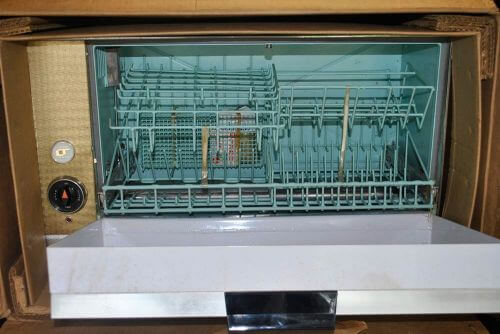 I think this is one of those amazing finds you come across once in a lifetime. The truth is, I bought it at the garage sale of an elderly couple in a small town in Southwest Ohio. I didn’t haggle too much and feel like I got a pretty good deal on it.  Honestly, I have no idea what to do with it, and bought it only because I feel I am the right person to be the custodian of this treasure until I find someone else to love it.  I really do think it belongs in a museum, but maybe I’ll find an individual who will care for it. 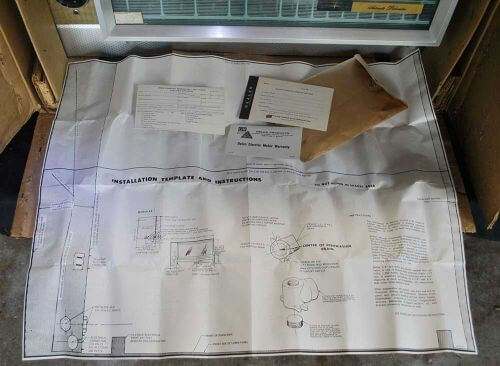 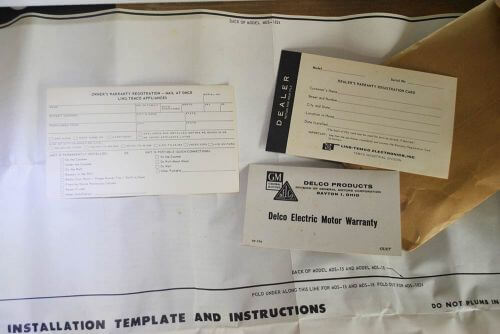 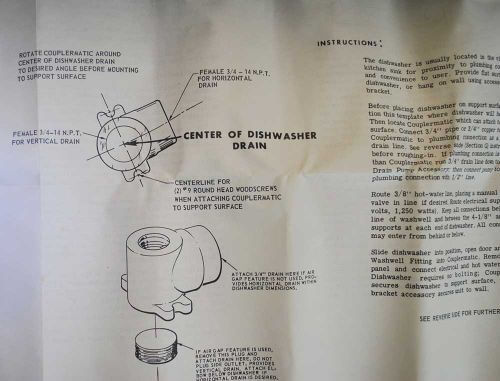 I found a letter written to Popular Mechanics in the September 1975 issue in which the writer asks where he can buy parts for his dishwasher.  He states that all his correspondence requesting parts have been returned undeliverable, and he doesn’t know what to do.  The staff of PM responded by explaining “James Industries in Will Point Texas” manufactured it for Ling-Temco, and they’re out of business now.

I do not intend to take it out of the box. 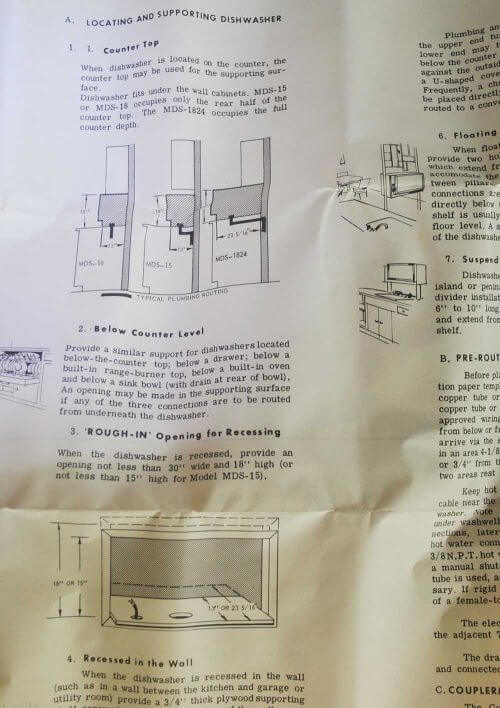 Wow, what a find Matt. We’re so glad you recognized how special this dishwasher is and became its custodian. Note Pam’s addition — this appliance seems to have been introduced for sale in 1961.

Mega thanks for letting us share the photos of your find here. We hope you can find a proper home for this museum quality piece of kitchen history.