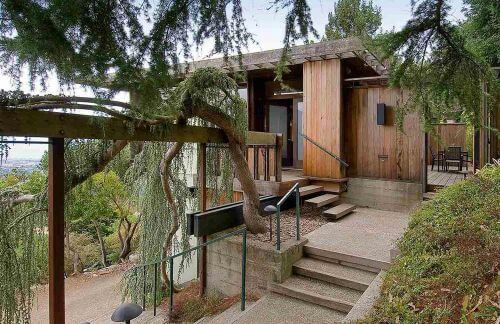 Some of our favorite time capsule homes are those famed architects built for themselves. Thanks to a tip from reader Christa, here’s another: The 1960 home in Berkeley, California, built by architect David K. Burton for his family and now for sale for the first time.

“Influenced by the elegant austerity of the Japanese approach, the American architect Frank Lloyd Wright, the Scottish architect Charles Rennie Macintosh, and by Bernard Maybeck’s use of natural materials,” this house exudes a tranquil beauty. But it’s by no means sleepy: Inside, we love the way that Burton has deftly used the color black to punctuate the warm wood tones throughout the house. This house: Pretty darn 20th century timeless! 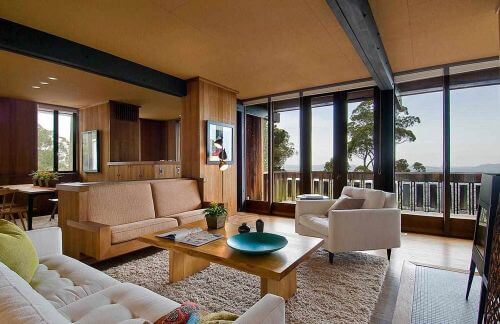 3065 Buena Vista Way is an incomparable mid-century masterpiece, expertly designed by architect-owner David K. Burton for his family at the zenith of the period. Its combination of features is faithful to the style, yet never to be duplicated.

Meticulously maintained and now being sold by his son, the home was constructed in the post-and-beam method, using old-growth quarter-sawn redwood in exterior and interior walls. Five sets of floor-to-ceiling French doors set among walls of windows flank an open floor plan, bringing the outdoors in. An elevator makes the home effectively “level in” for those who want or need it.

Perched on a hill overlooking North Berkeley, with San Francisco Bay and the Golden Gate Bridge beyond, the shops, services and world-class food of North Shattuck and the Gourmet Ghetto are just minutes away. 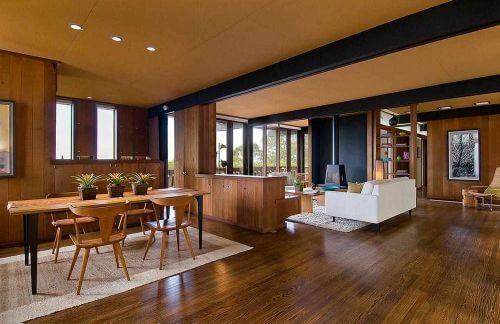 In 1956 David and his wife, Hilde, purchased the property upon which the house is built. Construction began in 1959, and work was completed, and a Certificate of Occupancy issued, on May 4, 1960. Over the years, both Hilde and David nurtured many friendships within the Beat Generation of modern poets and with members of the San Francisco Renaissance School of modern painters. The Burton house was often a gathering place for these creative people; an open, supportive and judgment-free environment in which to share ideas, food and revelry. 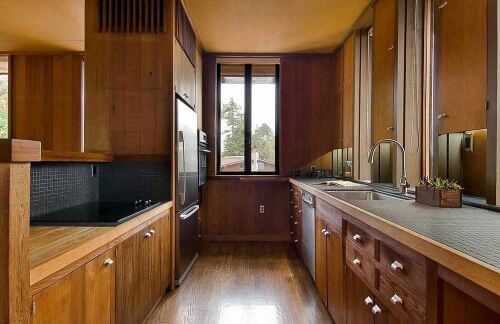 Passionate about his craft, Mr. Burton circulated among local mid-century adherents of the day. His 1959 design was influenced by the elegant austerity of the Japanese approach, the American architect Frank Lloyd Wright, the Scottish architect Charles Rennie Macintosh, and by Bernard Maybeck’s use of natural materials. In this case, it is also characterized by complex engineering and the invisible use of structural steel. The quality of the design, construction materials and execution are of the highest standard. 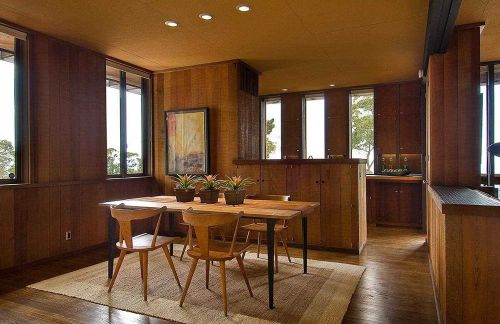 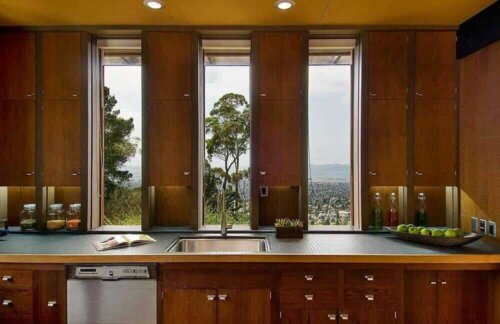 Above: The way the wall cabinets are designed into the window wall is a very clever. Notice how the each wall cabinet creates its own, lighted display space underneath. At the same time, their arrangement puts further emphasis on the home’s amazing views. Notice also — see the slide show #26, how this triptych of windows is repeated in the front window — sublime design. 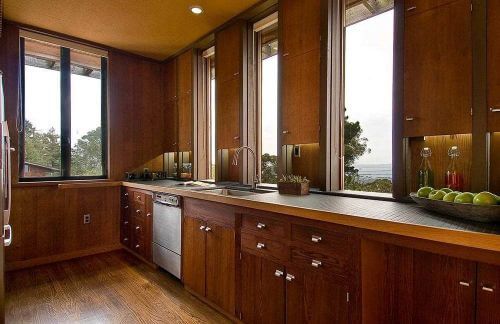 This kitchen looks as fresh today as it did in 1960 when it was completed. Don’t you think? The black tile countertops — edged in wood — with tile-in stainless steel sink = fabulous. The bathroom sink, we noticed, uses the same tile and sink materials.

There’s also a video tour of the home, created by Timothy Shonnard Photography, that also allows us to see the elevator in action.

Link love with our thanks for permission to feature this house and images:

Tips to view slide show: Click on first image… it will enlarge and you can also read any captions… move forward by clicking on the photo… you can start or stop at any image: