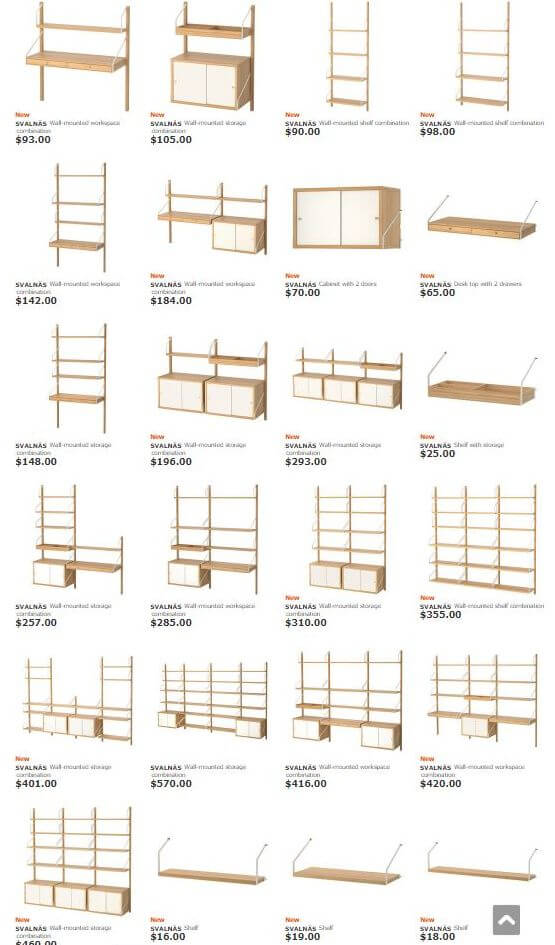 All-new: Ikea’s modular Svalnas Scandinavian-modern style shelving. This is sure to be a big hit: It’s very much in the style of famed Poul Cadovius Royal System / Cado modular shelving — but at a fraction of the cost.

The Idea Svalnas shelves and standards are bamboo; the Cados still made today in Denmark have veneer on the MDF shelves, and solid walnut or oak standards. The Svalnas brackets are powder-coated steel, which sounds good to me. I’m not gonna try to assess quality differences.

One of my dream jobs: Professional Ikea Hacker. I got on Ikea Hackers once with this project. *so proud*.