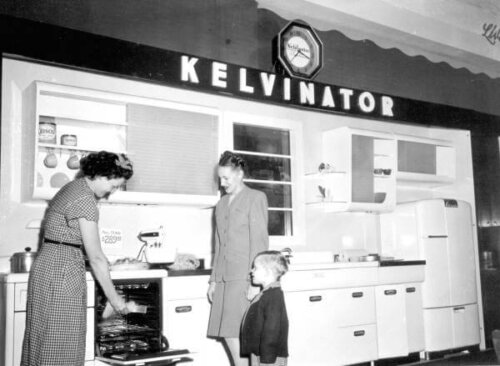 It’s 1947 and time to redeem the war bonds for — kitchen appliances of course! Lots of big makers — Kelvinator, Westinghouse, Philco, Roper, Magic Chef — were on hand to show their products and compete for families’ stockpiled savings. Above: Will it be a new Kelvinator range? Photo: (State Archives of Florida) 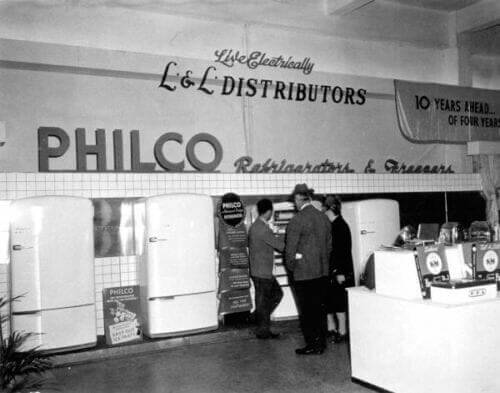 Manufacturers whose products used natural gas industry were pitted against those who used electric. Philco was pushing electric (State Archives of Florida) This photo and the next look like the manufacturers were part of one long booth sponsored and managed by the electric home appliance industry — see the “Live Electrically” along the top? 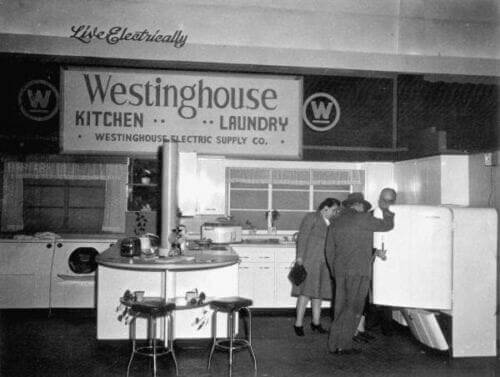 Westinghouse was electric, too. (State Archives of Florida) 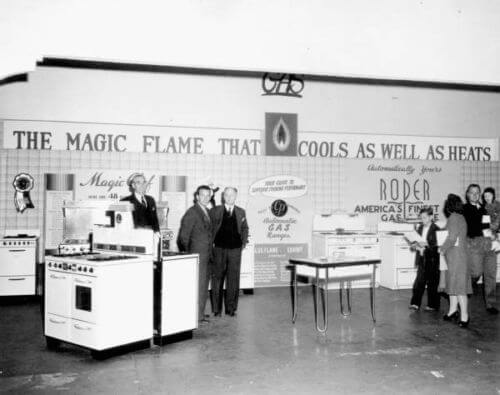 The gas appliance industry also had a booth for all their member companies. (State Archives of Florida) 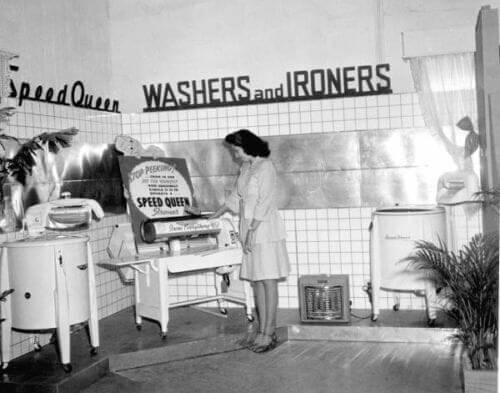 There were Speed Queen washers and mangles (ironers) too. Still quite old-fashioned looking… When did the more modern, automatic clothes washer come into being? (State Archives of Florida) 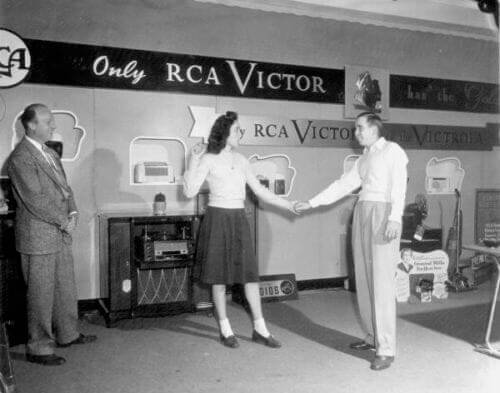 There were phonographs too. I see these at almost all the estate sales I go to. No one buys them. (State Archives of Florida)

Fitted kitchens for the masses: Launched for real right about this time. 1947. The war was over. Housing production was beginning to ramp up in earnest. Folks were finally getting “modern” homes (I just read again the other day that in 1940, only half of American homes had complete indoor bathrooms.) That’s only… 7o years… of modern kitchens, modern homes in the U.S.