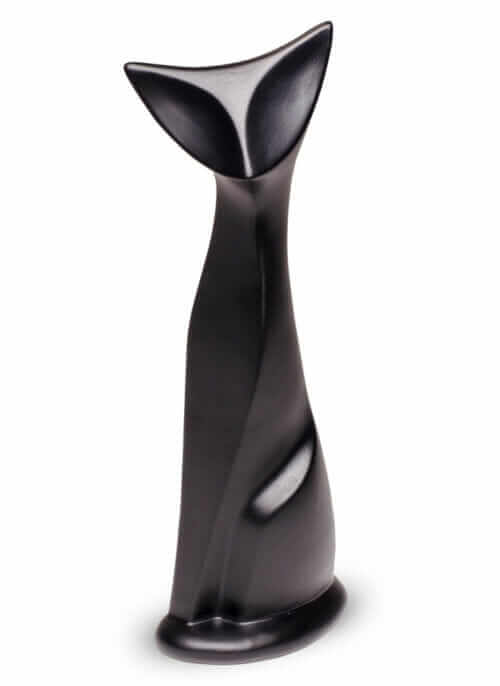 My favorite kind of story: The renowned Bauer Pottery, which purchased and moved into another longtime ceramics factory, has discovered many old, original molds from now-defunct California ceramics companies among the stuff left behind. Now, they are beginning to reproduce some of these treasures. One of the first revived products: The Brayton-Laguna Pottery Cat — a statuesque mid century modern beauty that stands 16″ tall. I repeat, agog: Original tooling! Original mold! AND, I found out the name of the circa-1960 designer! 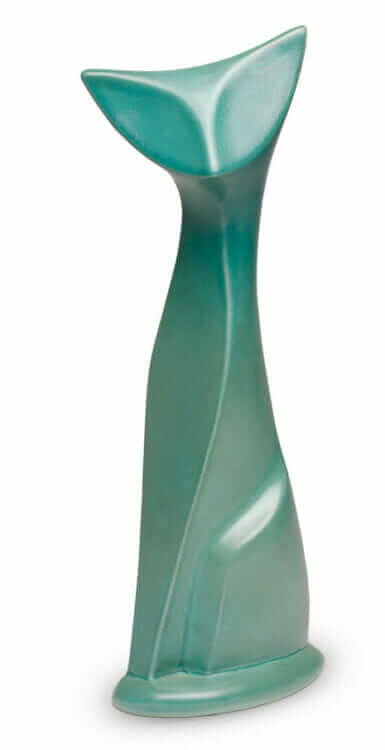 I predict this lovely feline will be a big hit — fantastic gift! — it makes quite the statement, the pricing is reasonable, and it has a fascinating provenance. Hey, the Guggenheim has even added this cool cat to their gift shop! Meow!

Many thanks to reader Katherine for this tip! Reader/tipsters, you rock my world!

I did a little online research to learn more about Brayton-Laguna Pottery. I felt like this story from book author Jack Chipman was the most authoritative. Brayton-Laguna employed many artists to make their designs, and diving into the google rabbit hole, I could not find any info on exactly who designed this cubist cat. So I emailed the author of the story, Jack Chipman — who also is an expert on California pottery in the 20th Century and has an impressive number of books on the topic (affiliate link) — to see if he knew. And he responded right back! He wrote:

The designer of this cat (and a few other Brayton animals) was Letitia Ann Dowd.
I know little about her, but she was definitely ultra-modern in her ceramic design work.

Bauer Pottery says that the cat was introduced 1960. By that date, the Brayton-Laguna’s founders had died. So if the 1960 date is correct, this mid century modern cat was developed under newer leadership.

Update: Jack read this story and wrote back:

….I believe this cat was issued a bit later than 1960.
Perhaps mid-1960’s…meaning a very short production.
Thanks again,
Jack

So there you go: A very short original production!

Again, for more info about the history of Brayton-Laguna Pottery, I found California ceramics historian Jack Chipman’s article to be the go-to online primer. 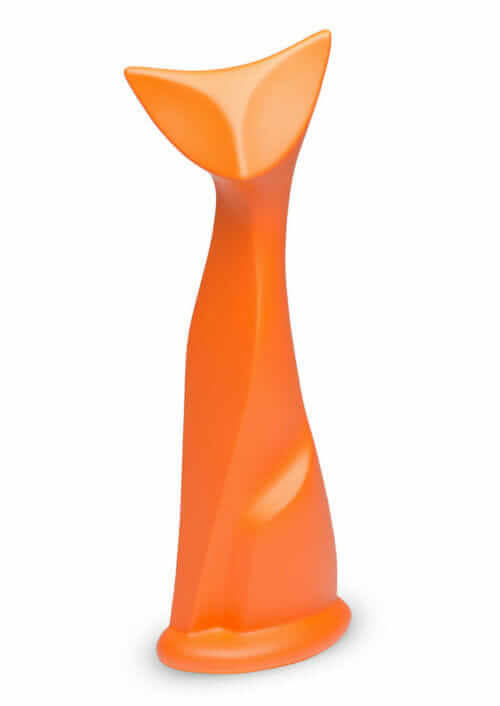 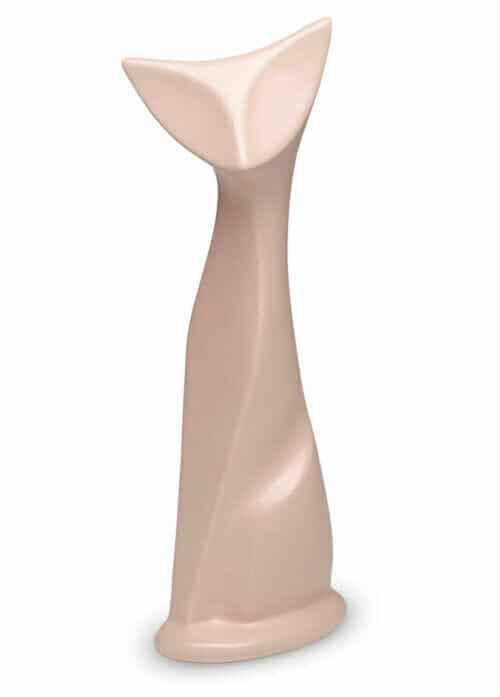 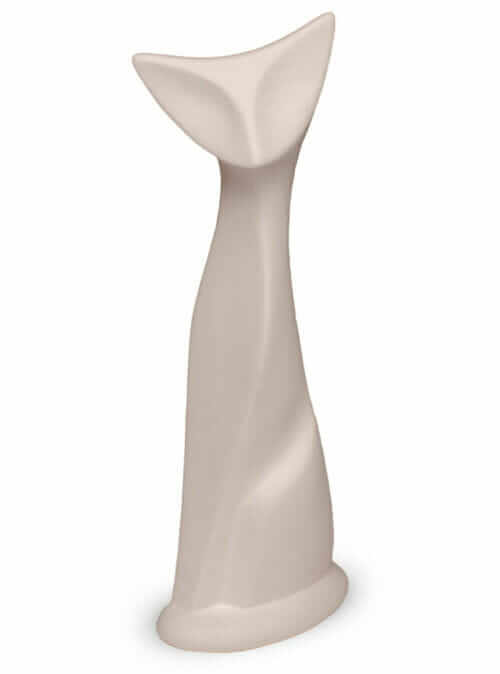 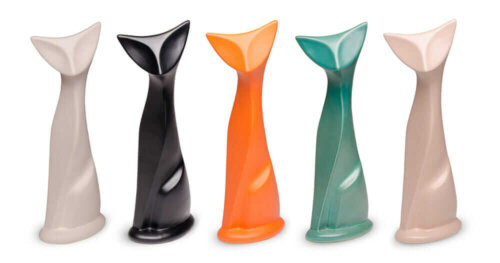 The Brayton Laguna cat is available in five stock colors — white, black, orange, aqua, and pink — and Bauer is experimenting with even more. Which color is your favorite?